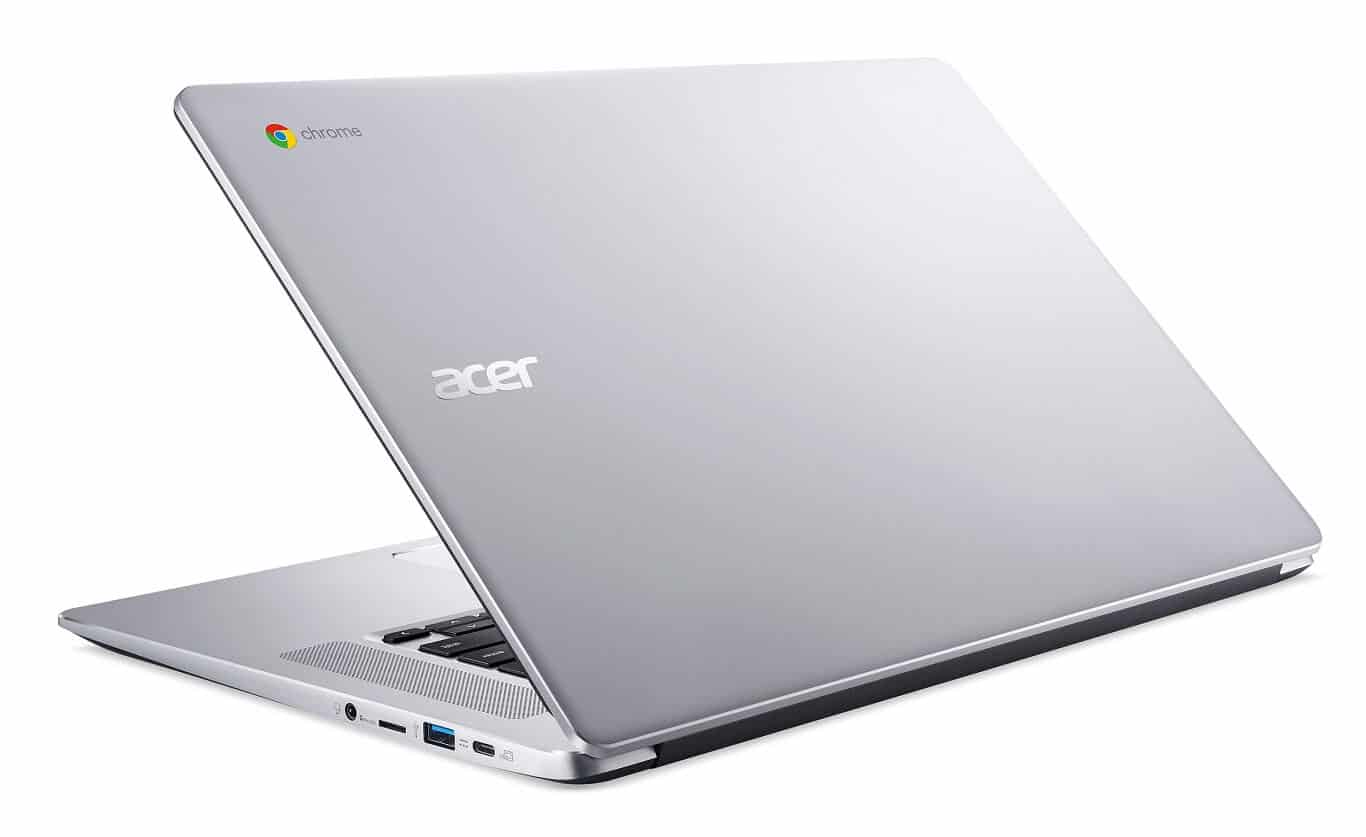 Acer has actually announced two versions of this Chromebook, the Chromebook 15 CB515-1H and the Chromebook 15 CB515-1HT. The difference between the two is that the latter model comes with a touch screen, while the former does not. Otherwise, both models seem to be exactly the same. With these being Chromebook 15 additions, they continue the trend of offering a larger than usual Chromebook viewing experience, thanks to the inclusion of a 15.6-inch display along with a 1920 x 1080 resolution. In spite of the large display and FHD resolution, this is a Chromebook designed to keep going when you need it to, with Acer confirming that the battery inside is rated to offer up to 12 hours of usage off the charge. Resulting in a Chromebook which seems to be aimed at those looking for a more media-ready option, one which pairs a good viewing experience, with long levels of battery life – as well as some additional media-related benefits – such as upward facing speakers. 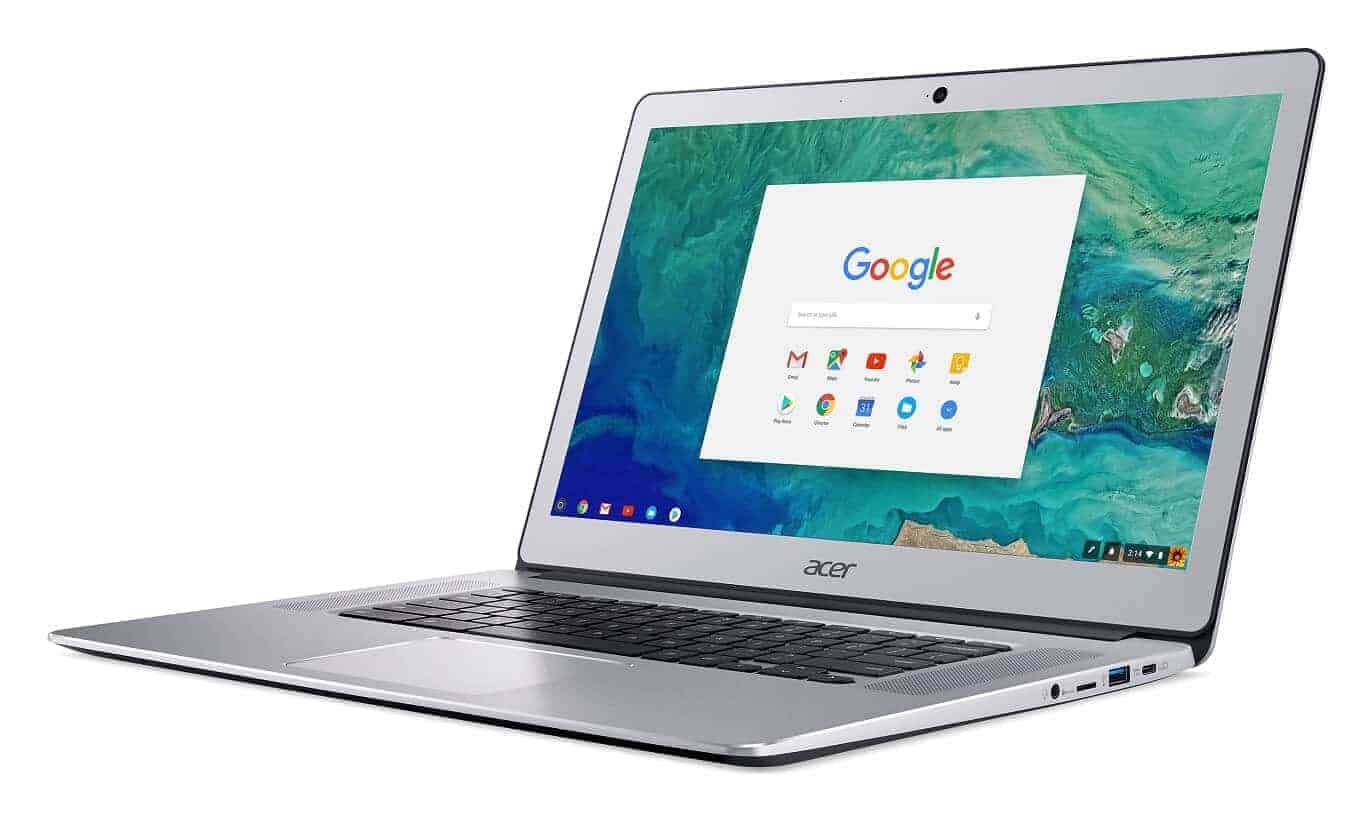 Some of the design improvement on offer with the new Chromebook 15 include the use of an aluminum top cover and palm rest, adding a more premium look and feel. This seems to be one of the clear differences between this model and the previous Chromebook 15 options which focused less on their exteriors. Instead, this latest version fits in very neatly with the design aspects seen on more recent Acer Chromebooks, such as the Chromebook 14 and the Chromebook R 13. In addition, this is a Chromebook which looks to provide a very quiet user experience due to the fanless-design that is in use. While there are clear improvements in the design, Acer has achieved this while also ensuring the new Chromebook 15 is the lightest and thinnest of the Chromebook 15 line, weighing in at 3.79 pounds, and measuring 378 mm in width, 256 mm in depth, and 18.9 mm in height. Some of the other notable additions/improvements include a HD webcam with a wider (88-degree) field of view, USB Type-C connectivity, SD card support (up to 128GB), and of course, compatibility with Android apps at launch.

In terms of availability, while Acer has not announced specific launch dates, it has confirmed that both models are expected to become available to buy in North America and EMEA during October of this year. As for the price, in the US the Chromebook will be available to buy starting at $399 (€499 in EMEA) for the baseline model. Speaking of which, in addition to the two models (touch screen and non-touch screen), it also seems as though there will be multiple internal configuration variants on offer. With Acer noting an Intel Celeron dual-core model will be available as well as a Celeron quad-core model. In addition to the choice between 4 or 8GB RAM and 32 or 64GB storage. With the prices relative to the configuration chosen. 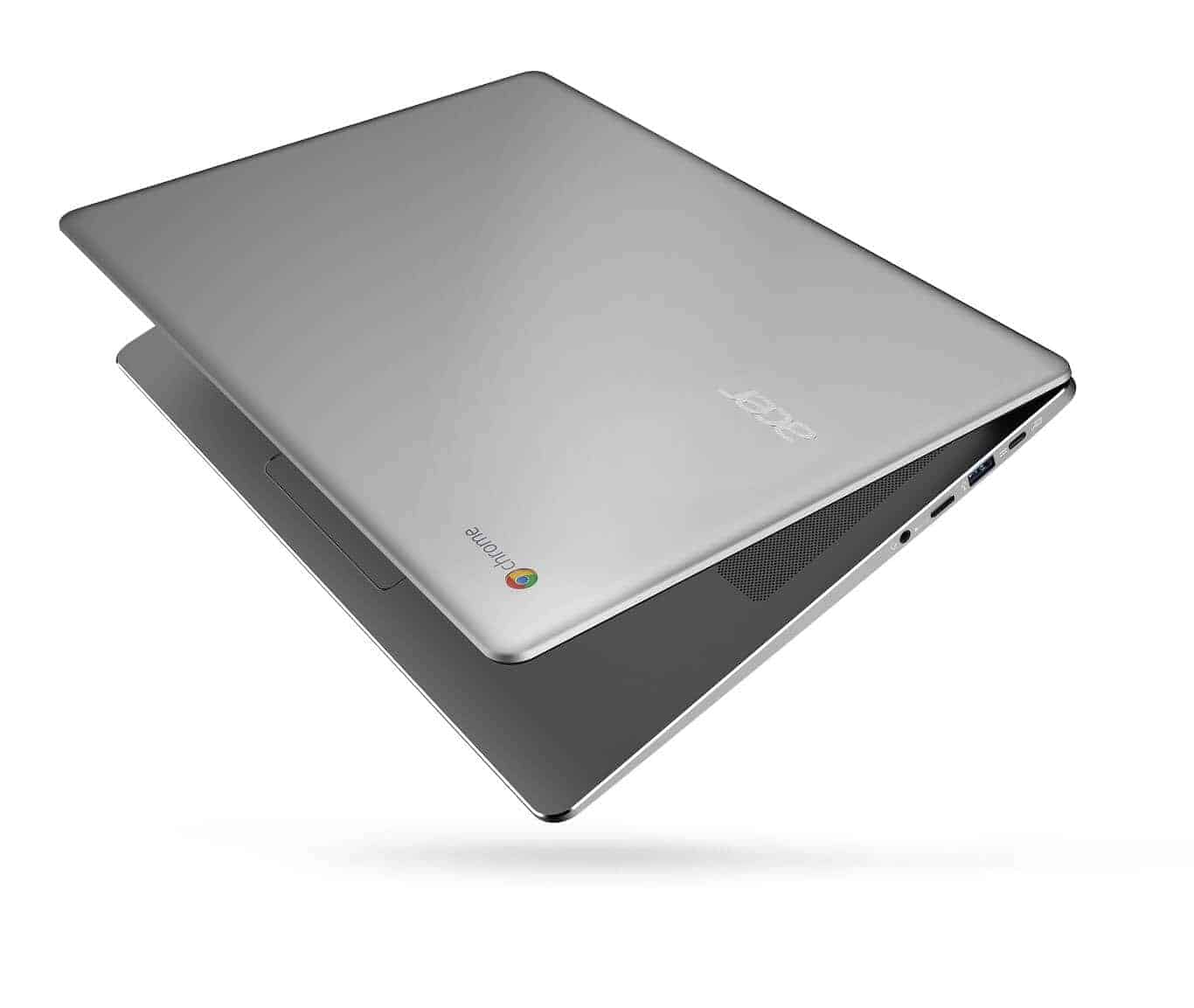 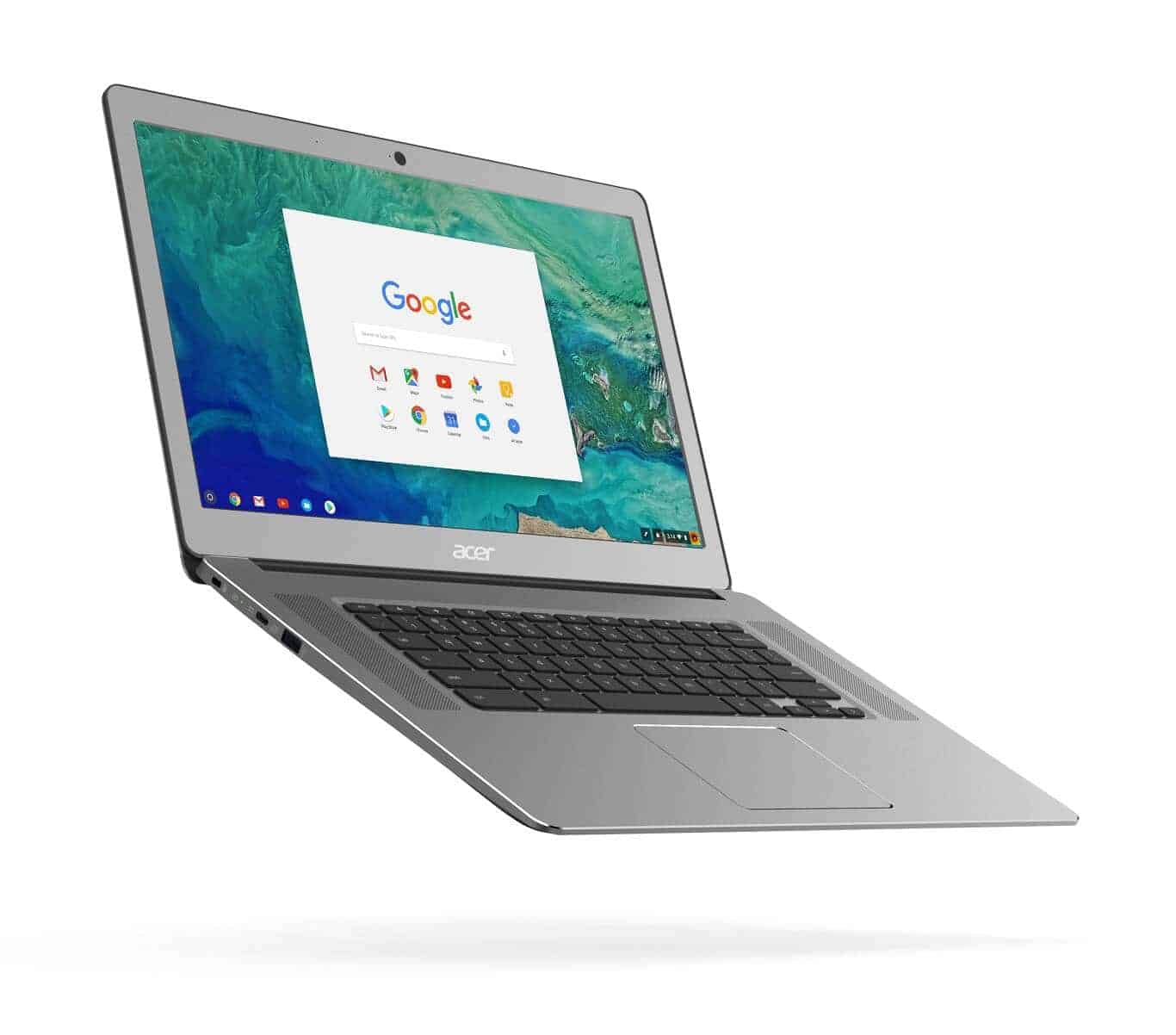 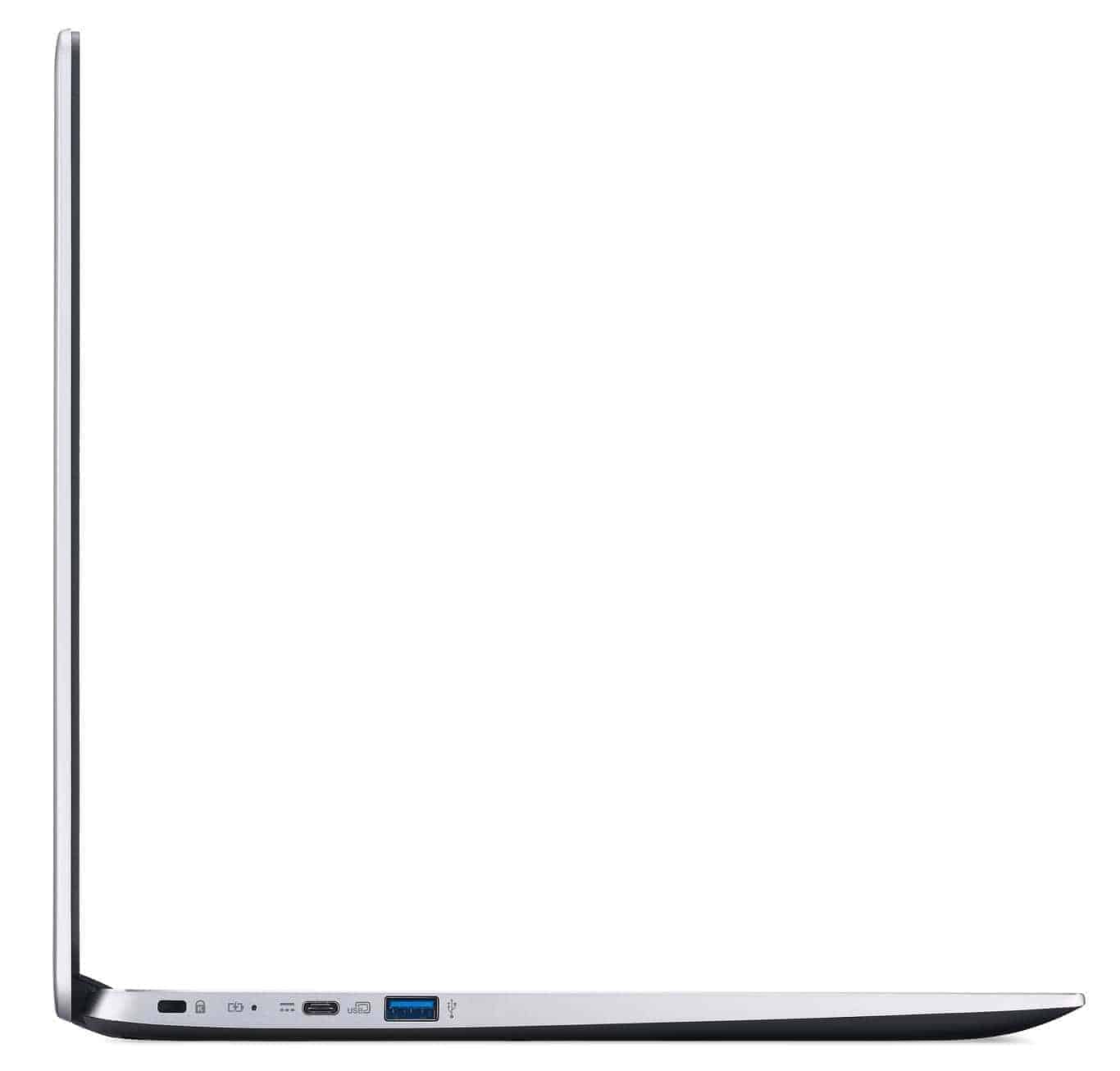