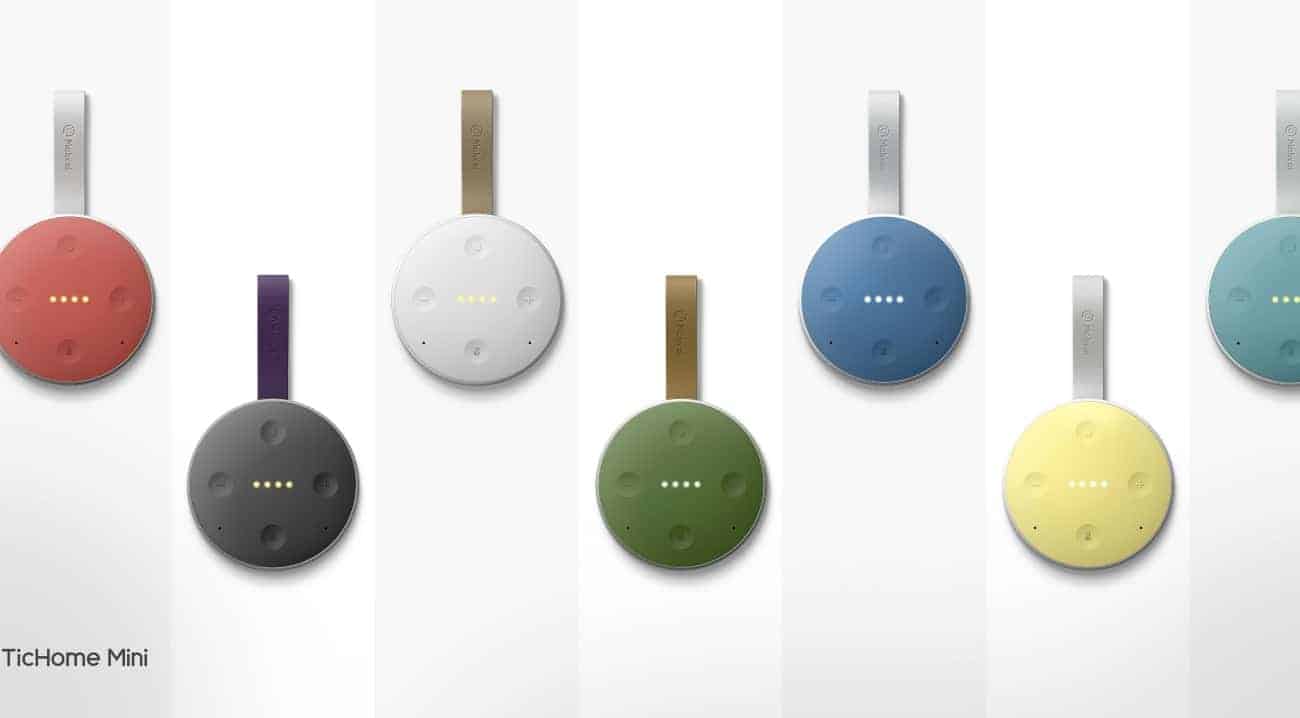 Mobvoi (the company which recently announced it would be releasing two Android Wear smartwatches) has launched the Google Assistant-powered TicHome Mini, a smart home device that will enable users to interact with other smart home products they have simply by voice in the same way you would interact with Google Home. Because this is the same version of Google Assistant that Google is using in its Home speaker, that means you won't be limited to just asking the TicHome Mini about questions you need the answers to. You can also use it for completing tasks. So if you need it to set an alarm, it can do that for you, and if you need it to adjust the temperature of the thermostat from across the room so you don't have to get up or touch your phone, it can do that for you too.

What makes this so compelling though might not be the fact that it's just as capable as Google Home and other Google Assistant-powered devices, but rather the size and cost. The TicHome Mini lives up to its name as it takes up a fraction of the space that a Google Home would, and it's not nearly as tall meaning it can sit relatively out of sight while still being able to function. It also comes to market at less than $100, so while it might not be a whole lot cheaper than Google Home it's still cheaper and any savings is a good thing for the consumers. It's also compatible with Spotify, Nest, IFTTT, and plenty of other services and product brands.

While not its headlining feature, the TicHome Mini does come with an IPX6 rating. This makes it splash-proof but not waterproof which means it'll be fine if you spill something on it, but you can't immerse it in water, though you should have no reason to want to do so in the first place. There are a series of controls on the front for interacting with the device manually, so you can adjust the volume up or down, power it on, and there's even a mic button so you can interact with Google Home by pressing the button if you prefer it over speaking with the OK Google command to activate it. Another useful function is that the TicHome Mini is battery-operated, meaning you don't have to plug it in for a power source and because it runs on a battery and is relatively small in size, you can pick it up and bring it with you if you want.

Right now the device only supports three different languages which are English, French, and German, though more language support may be coming in the future. It weighs about 276 grams so it really is pretty light, and the battery inside is 2,600mAh in capacity so it should be able to stay powered on for quite a while, though it will need to be plugged in when it needs a recharge. Mobvoi mentions that the device will be available sometime in this Winter, and while it does state that it will cost less than $100 it doesn't actually mention a confirmed price point, nor does it mention where consumers will be able to buy the TicHome Mini once it's released. When it does launch though, it will be available in seven different colors, which include Black, White, Red, Yellow, Green, and Dark and Light Blue options.