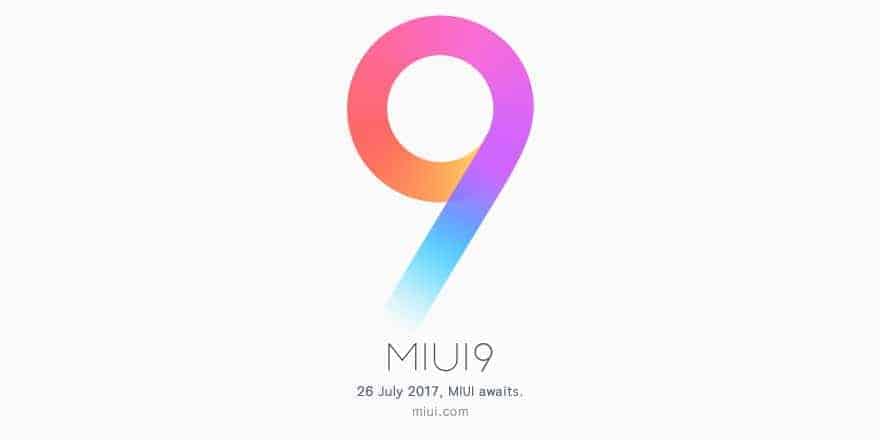 Xiaomi has just announced that the final version of MIUI 9, the latest iteration of its user interface for the company's mobile device offerings, is set to arrive on the Xiaomi Mi 6 and Redmi Note 4X beginning on August 11th. Those handsets are included in the first batch of devices slated to receive the latest version of MIUI along with the Xiaomi Mi 5X, which was launched last week in conjunction with the MIUI 9 announcement. The Chinese electronics company unveiled MIUI 9 last week during a product event held in Beijing,China, where Xiaomi initially confirmed that its native user interface for smartphones and tablets will be rolled out first to the Mi 6, Redmi Note 4X and Mi 5Xm though it's now also been reported that the Mi 5 should actually be getting the update on August 7th.

During the same event, Xiaomi also said that the next batch of devices slated to get the MIUI 9 update two weeks after the first release include the Mi MIX, Mi Note, Mi Note 2, and the full suite of the Mi 5 and Mi 4-series, with the final schedule of rollout to all Xiaomi devices being scheduled in September, save only for the original Mi 1, Mi 1S, and the Mi 2A. It is still not clear, however, as of this writing when Xiaomi plans to release the international version of MIUI 9, as the software update is initially set to be rolled out in China only. Nevertheless, the MIUI 9 update is expected to have its global debut eventually, and only time will tell when the Chinese original equipment manufacturer plans to do that.

Xiaomi shows off MIUI 9 as packing a significant upgrade over its predecessor, with major capabilities including a new Smart Assistant and an advanced image search tool. Another key feature of the updated UI is the Smart App Launcher, which will offer users a faster way to launch Android apps through a pop-up card that will show up near the bottom of the interface to suggest apps that it deems you must open. The suggestion will be based on the items on your screen, indicating that the UI could be likely using artificial intelligence to provide recommendations to users. More updates about MIUI 9 should follow over the coming weeks as Xiaomi starts rolling out the firmware to its suite of mobile devices.