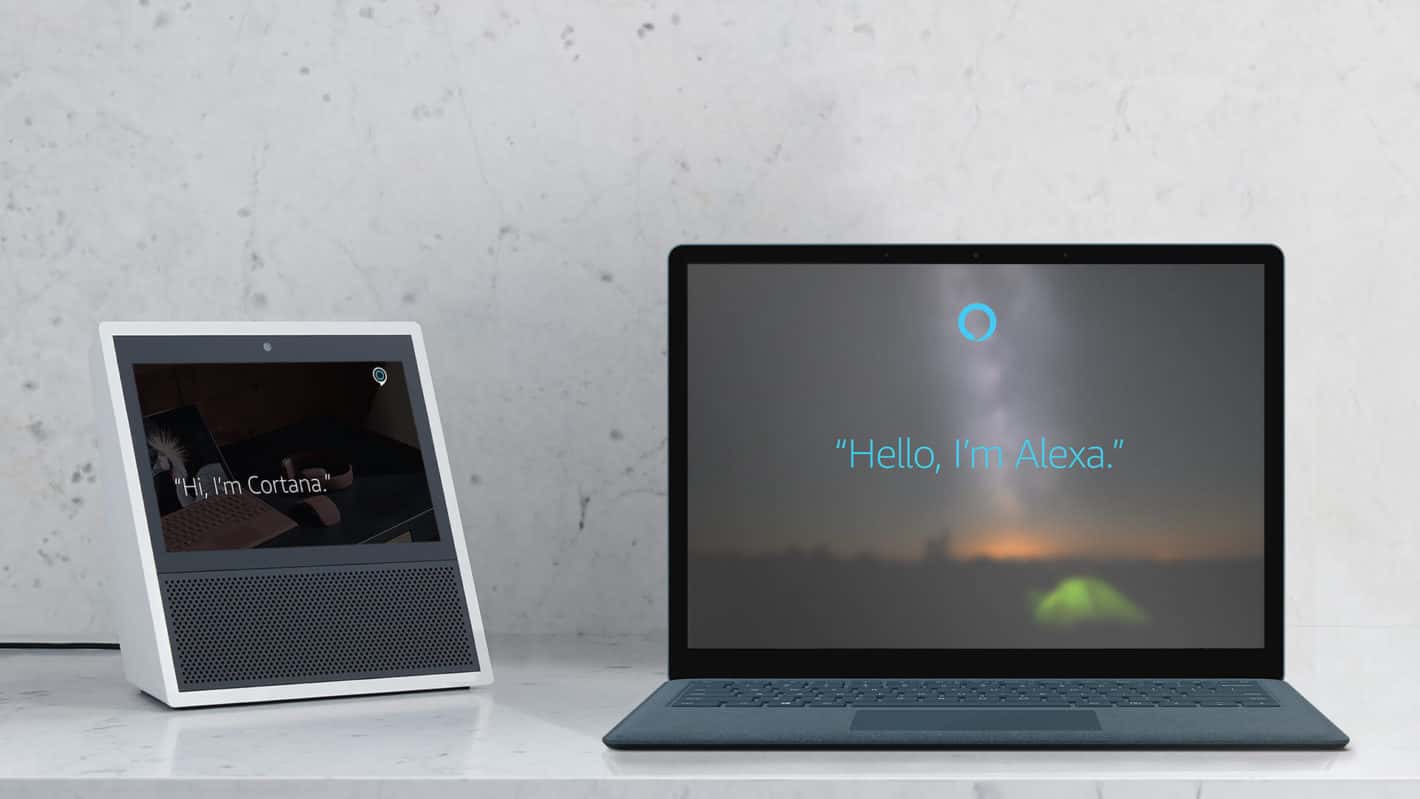 Microsoft and Amazon are intertwining their digital assistants as part of an industry-first artificial intelligence (AI) initiative, allowing Cortana and Alexa to interact with one another and launch the other service when users and circumstances warrant them to do so, the two tech giants announced on Wednesday. Windows 10 users will hence soon be able to access Alexa via Cortana on their laptops and desktops, in addition to having the option of telling Cortana to launch Amazon’s assistant on Android and iOS. Likewise, Microsoft’s AI solution will be accessible on devices infused with Alexa in the near future, with that particular functionality spanning both first-party Alexa-enabled hardware like the Echo lineup of smart speakers, as well as third-party consumer electronics, the companies confirmed.

The two firms said that by collaborating and intertwining their AI technologies, they’ll benefit alongside their consumers, allowing both Alexa and Cortana users to take advantage of a significantly broader range of capabilities and services which they would otherwise be unable to access using their preferred device or AI service. Cortana is thus set to receive support for shopping on Amazon.com, whereas Alexa will soon be updated with Office 365 support and Microsoft’s reminders. The two still won’t be able to directly use each other’s functionalities, with users being expected to tell Alexa to launch Cortana and vice versa before gaining access to the capabilities of the other assistant, though the partnership still marks a significant change in the industry which so far only had major players competing with one another instead of actively collaborating on such a deep level.

Today’s announcement of Microsoft and Amazon’s unprecedented partnership came shortly before Google revealed that the Google Assistant is soon set to expand its presence to third-party Internet-enabled speakers, refrigerators, and other Internet of Things (IoT) devices not associated with the Alphabet-owned company. The move is likely to put additional pressure on Google which is still behind Amazon in terms of consumer-facing AI solutions in the United States, according to many industry watchers, as the tech giant’s Google Assistant won’t be going against Alexa and Cortana anymore but will instead have to compete against Alexa with Cortana. There’s still no word on when Amazon and Microsoft will officially intertwine their two assistants, with the firms only saying that their first features are to be released later this year. The Cortana mobile app for Android and iOS will be updated with support for Alexa after the Windows 10 version of the service receives the same functionality, though it’s currently unclear whether mobile users will have to wait until next year to benefit from the newly announced interoperability of the two.