Skip to content
Advertisement
Trusted By Millions
Independent, Expert Android News You Can Trust, Since 2010
Publishing More Android Than Anyone Else
14
Today
54
This Week
524
This Month
6500
This Year
124028
All Time
Advertisement 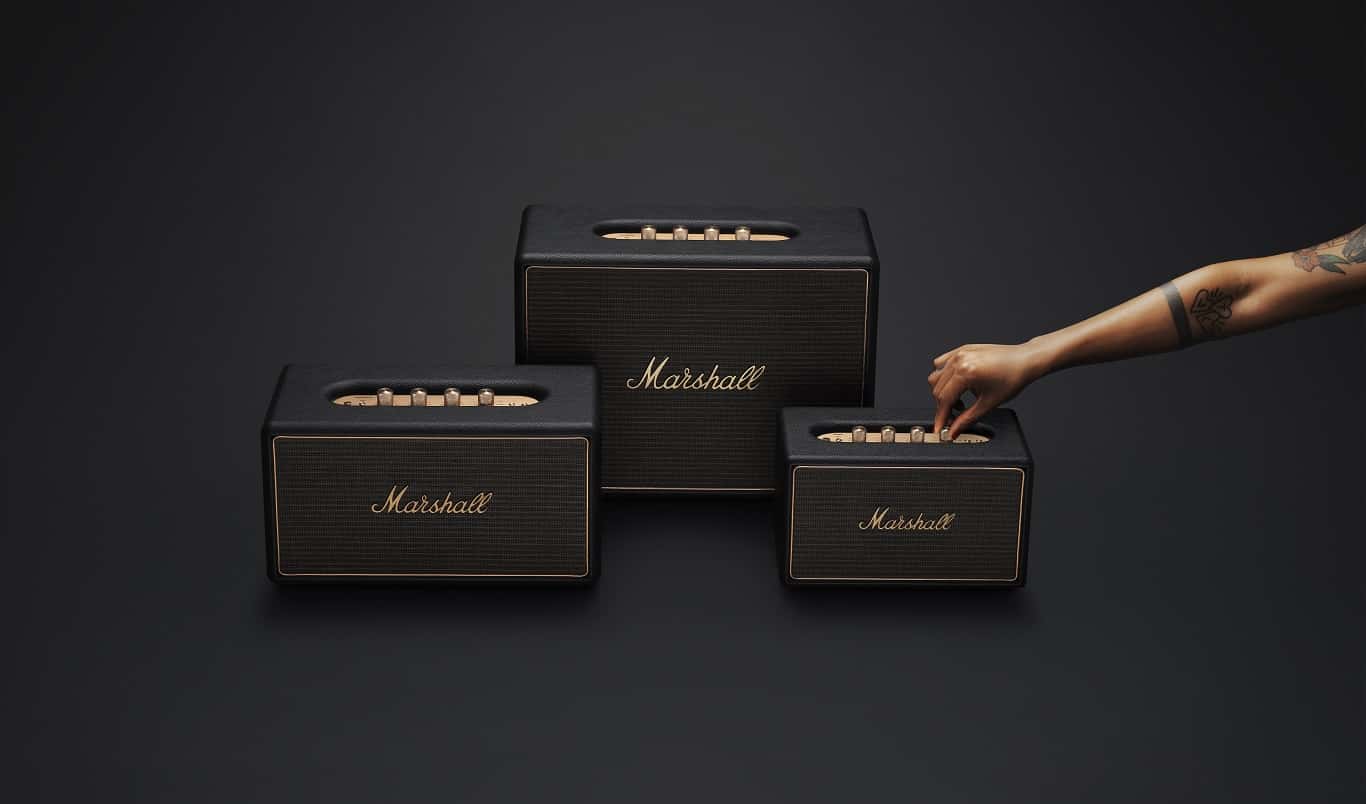 Marshall is a well-known company within the speaker market and especially by those who often purchase guitar amplifiers. However, the company has recently started branching out and even brought out a Marshall-branded smartphone not too long ago. Now, at IFA 2017, the company has announced the next step in its speaker portfolio with the introduction of the Marshall Acton, Stanmore and Woburn, wireless speakers that collectively form the company’s first Wireless Multi-room system.

On offer here are three different wireless speakers which look to offer a similar sound quality, but at different prices. Essentially, a range which caters to different needs and budgets. However, the three speakers are also designed to be able to work in unison when purchased together, or over time. As a result, the Action, Stanmore and Woburn wireless speakers all have the ability to work on their own, playing individual songs in different rooms, as well as being brought together in the same room, playing in concert. 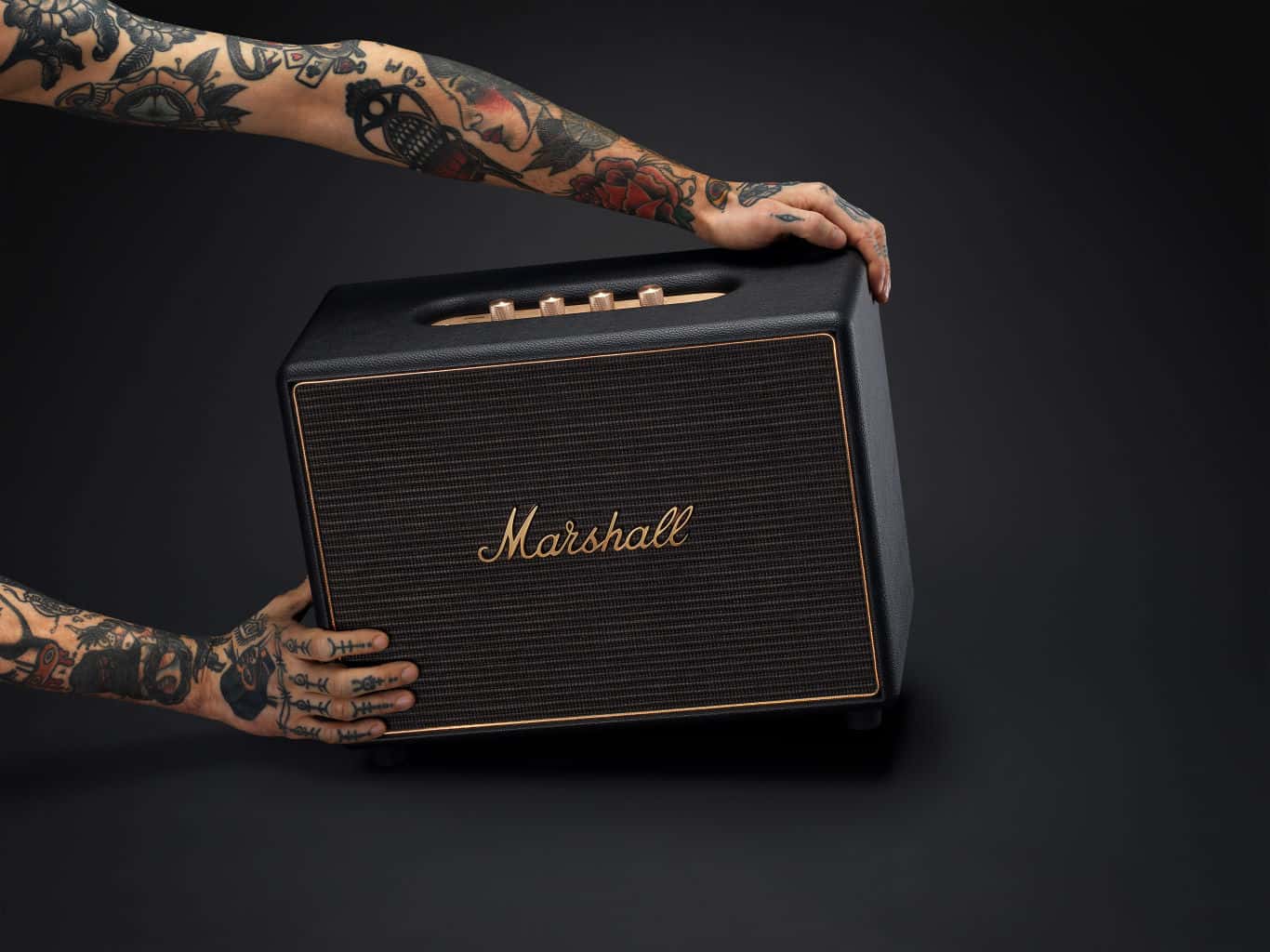 As these are wireless speakers, owners of compatible devices including smartphones will be able to connect to any of these speakers without the need of cables. In fact, all three are now confirmed as equipped with Google Cast technology, aka Chromecast built-in. So smart device owners can literally cast content to these speakers and from a number of their favorite Cast-supported apps. In addition, all three speakers also come equipped with seven presets for quick access to select radio stations or specific Spotify listings. Adding to its compatibility, and in addition to being both Wi-Fi and Bluetooth-enabled, all three speakers remain usable as traditional speakers with the option to connect analog devices directly to the twin RCA ports, or via the included 3.5 mm port. Those specifically keen on the way Marshall amplifiers look will be pleased to know all three speakers come equipped with classic Marshall-themed controls. 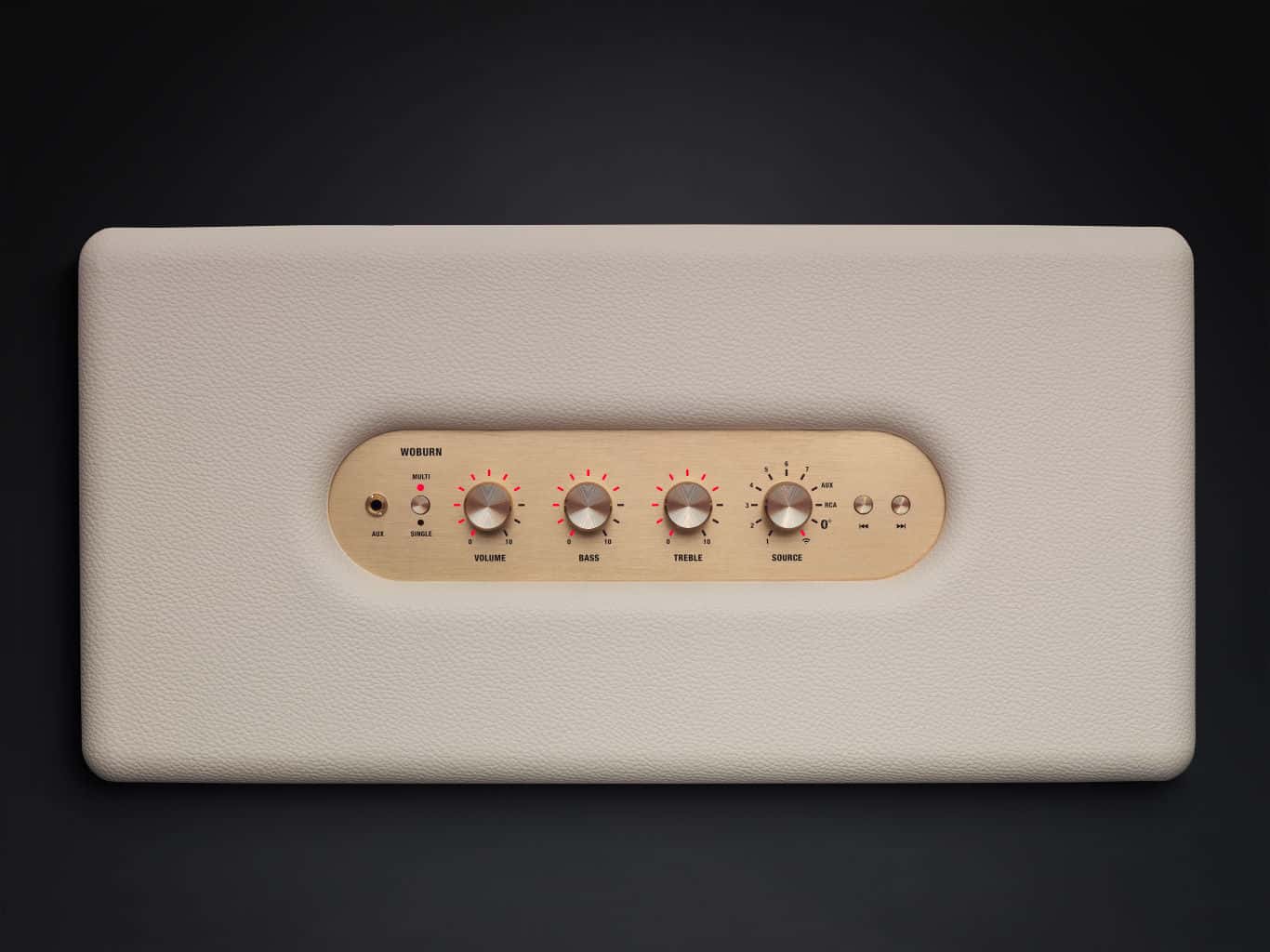 In terms of their differences, the Marshall Acton can be considered the ‘baby’ of the bunch, as this is the most compact of the new speakers. Although one which is still designed to offer a loud and quality sound. In terms of the price, the Marshall Acton is due to become available priced at $350 in the US, €350 in Europe, and £320 in the UK. Up next is the Marshall Stanmore which is the middle offering of the three. So expect this one to offer even greater levels of performance, including a greater ability to perform at louder volumes. Although this one comes with an additional $100 on top, priced at $450 in the US, €450 in Europe, and £399 in the UK. Lastly, there is the Marshall Woburn. Compared to the others this is designed as the flagship option and certainly the most powerful. Largely due to the Woburn coming loaded with two 5.25-inch drivers, as well as offering a total output of 100-watts. In addition to being louder, clearer, and more powerful, this is also the biggest of the three and designed to act as the centerpiece when used together. As for the price, the Marshall Woburn will cost $600 in the US, €600 in Europe, and £539 in the UK. Marshall has also now confirmed that all three speakers will be available to buy starting from September 21. Pre-orders however, are set to begin on September 1. 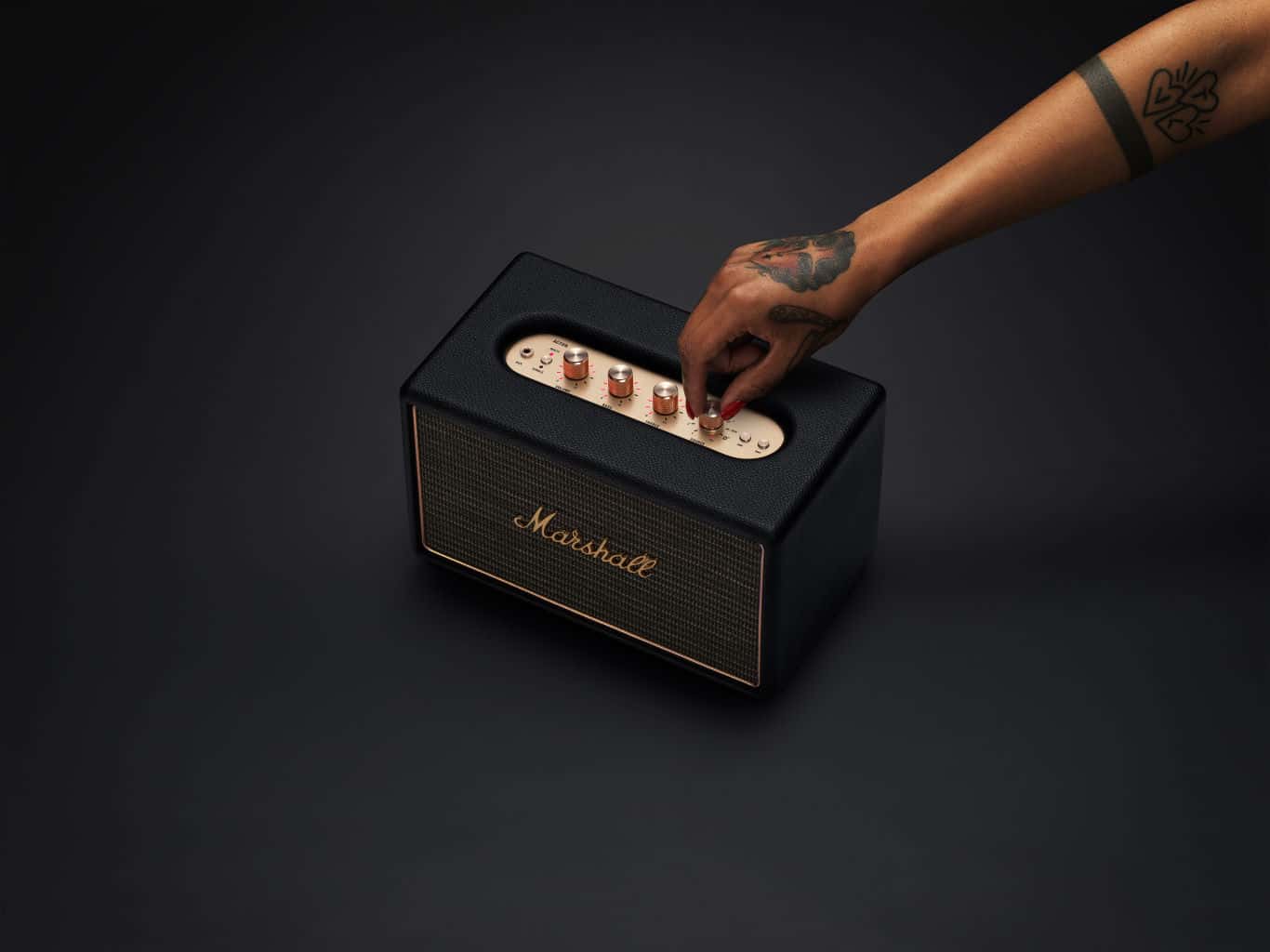 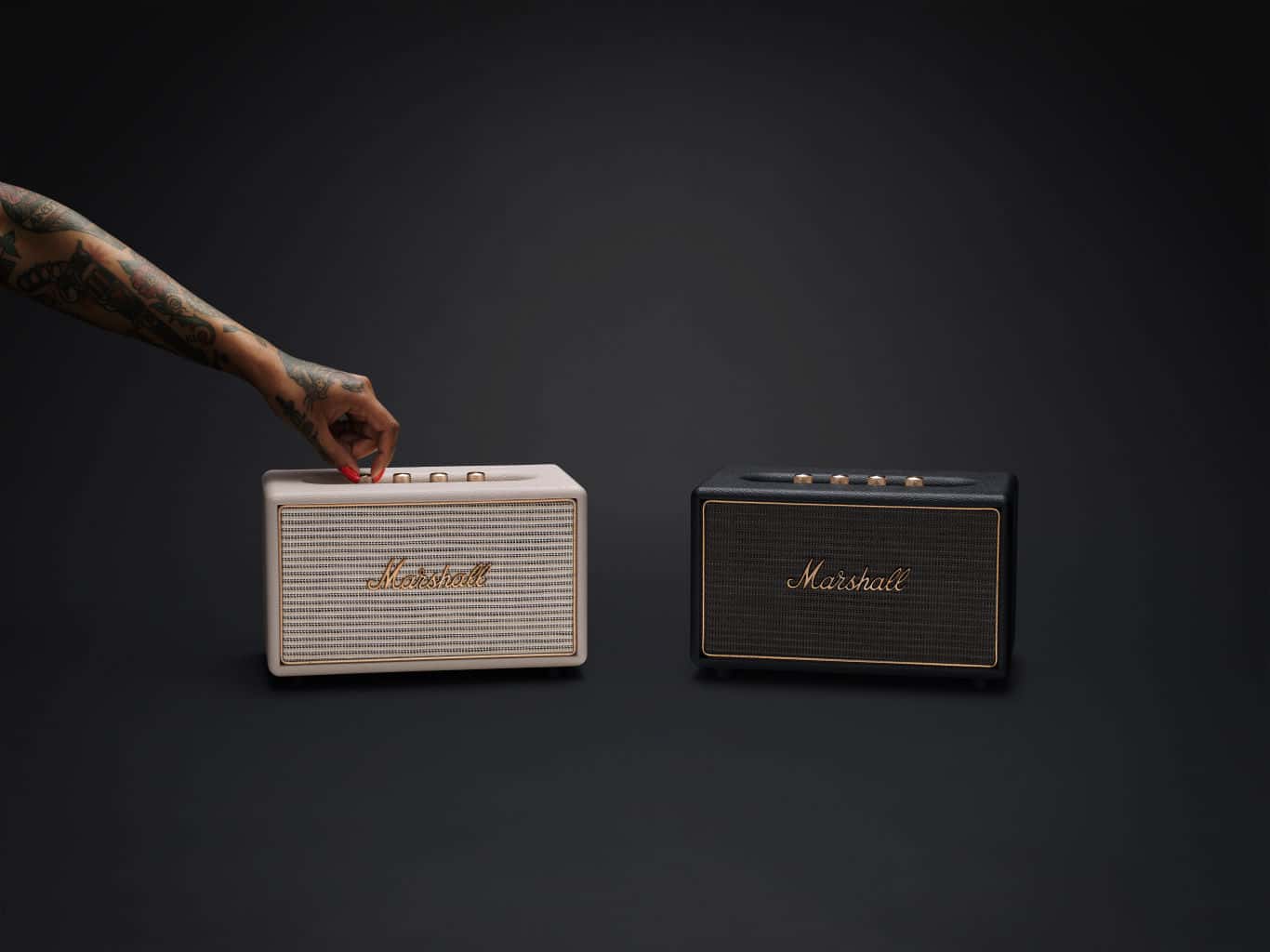 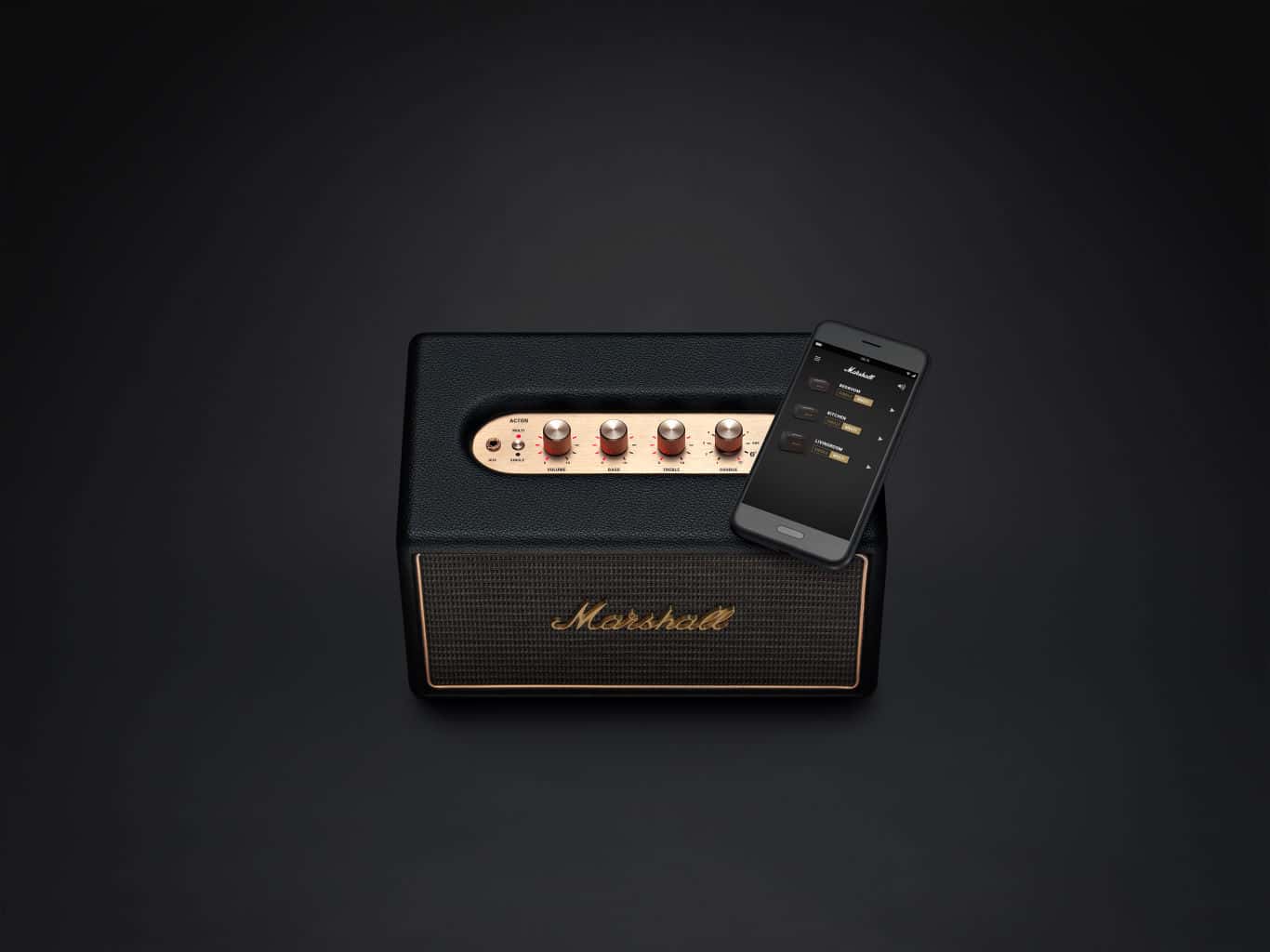 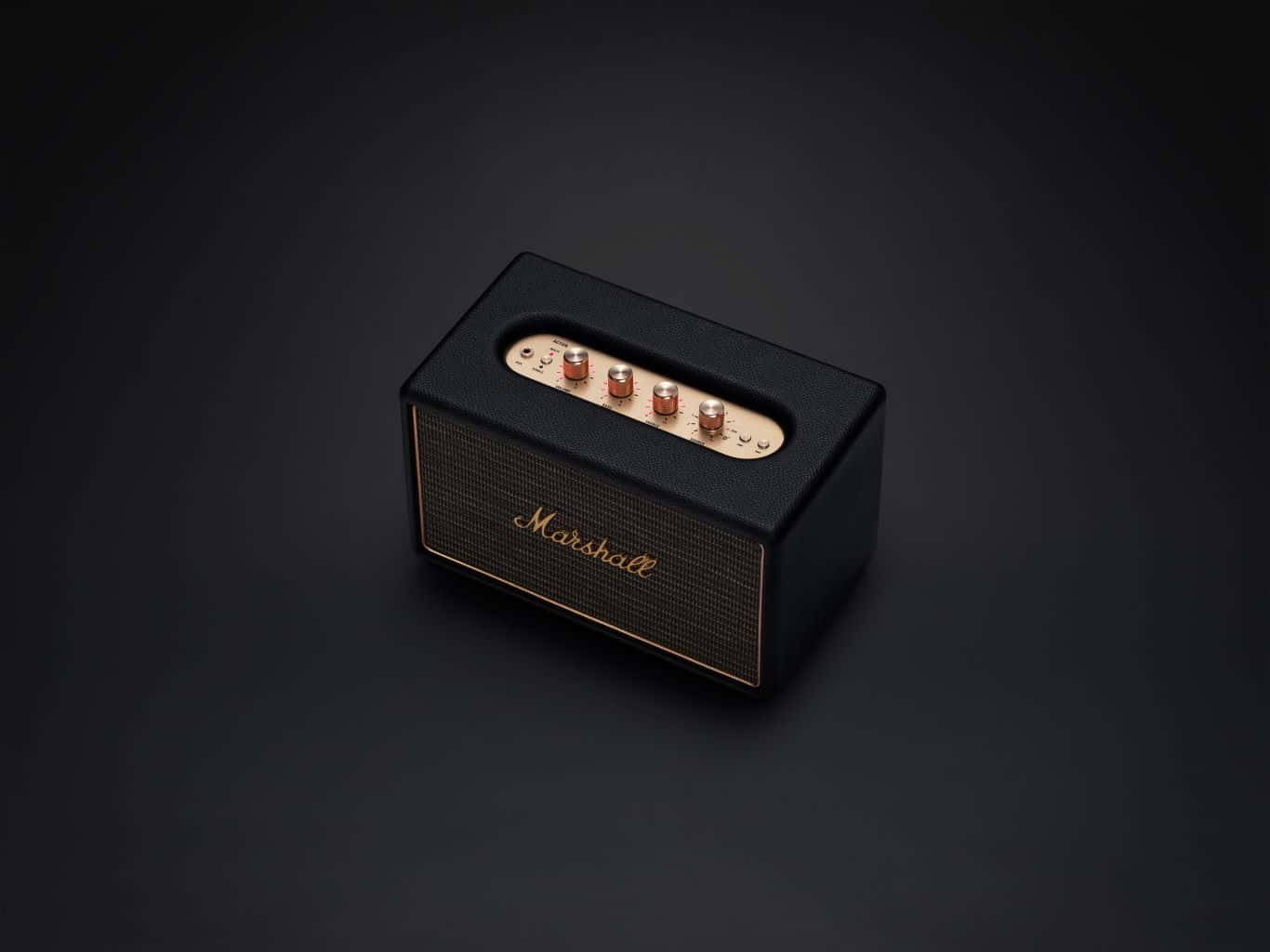 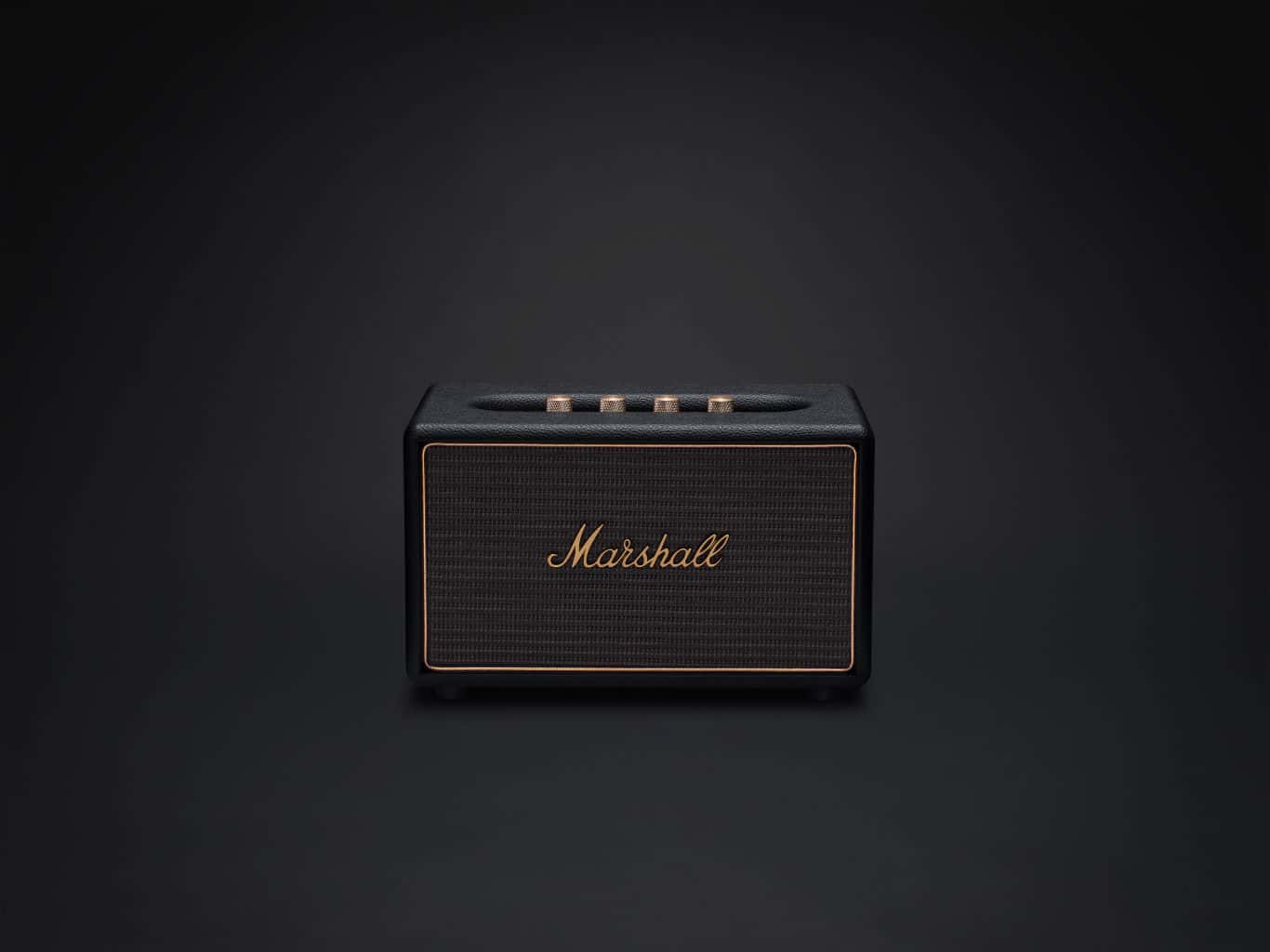 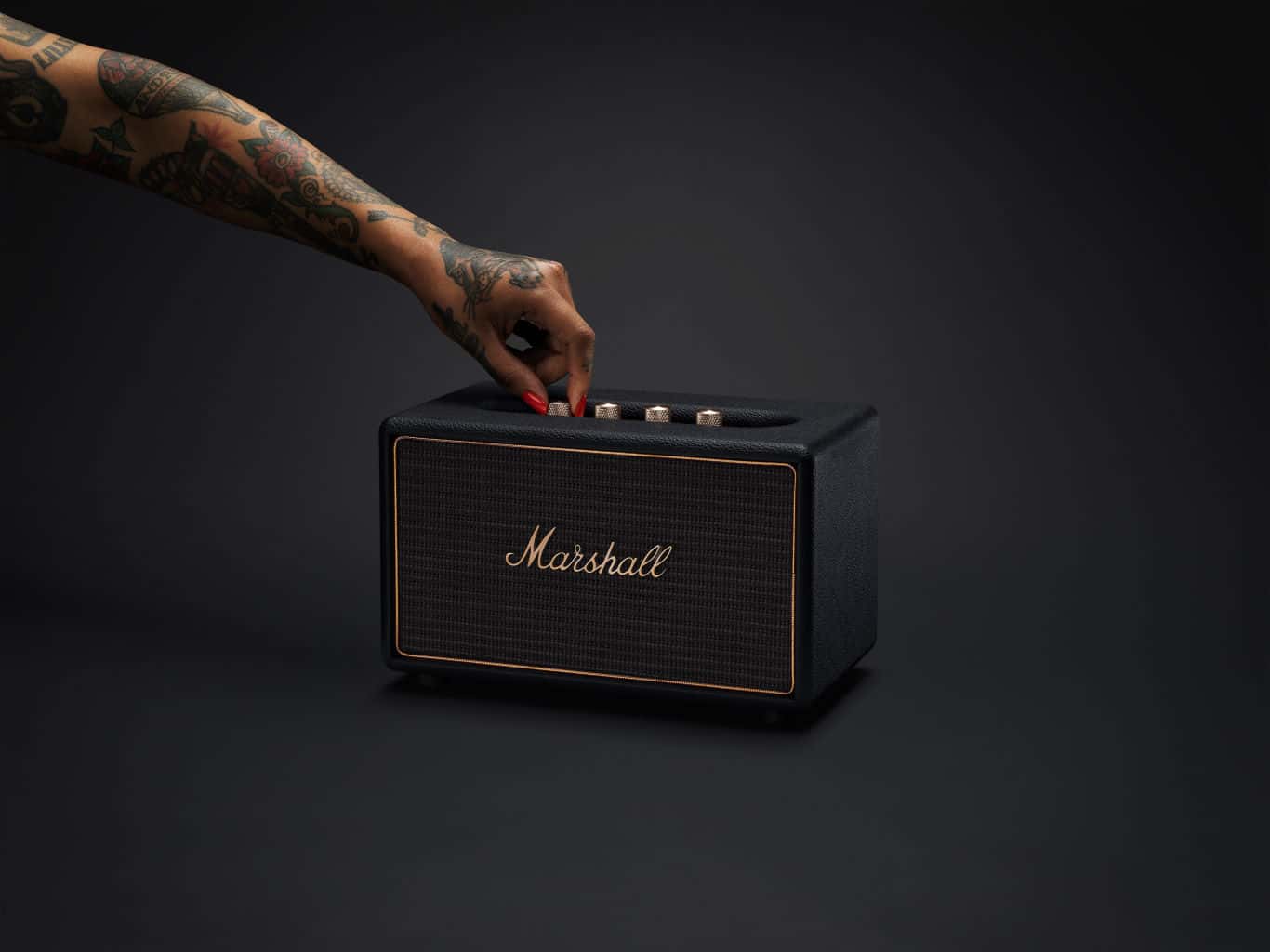 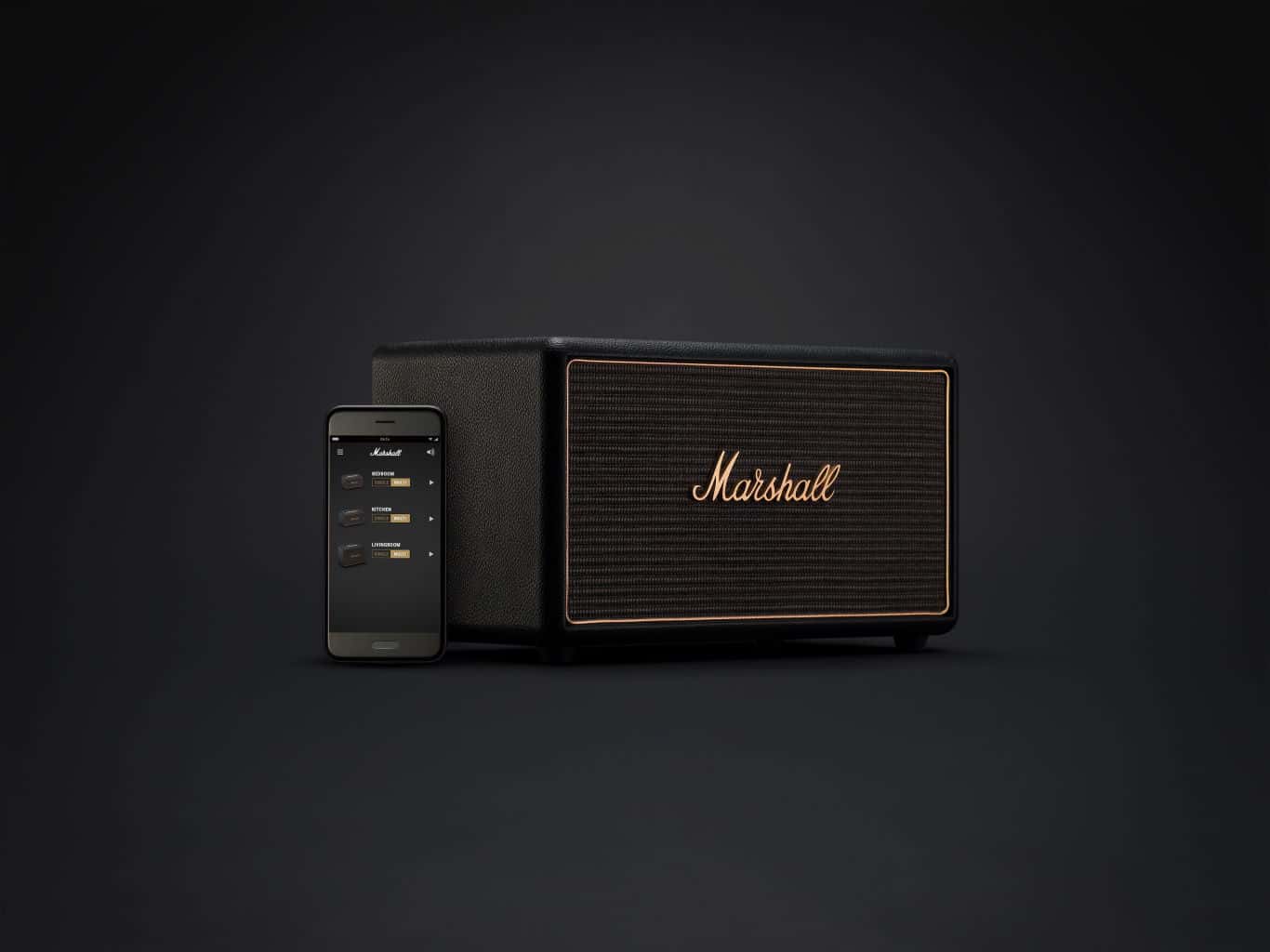 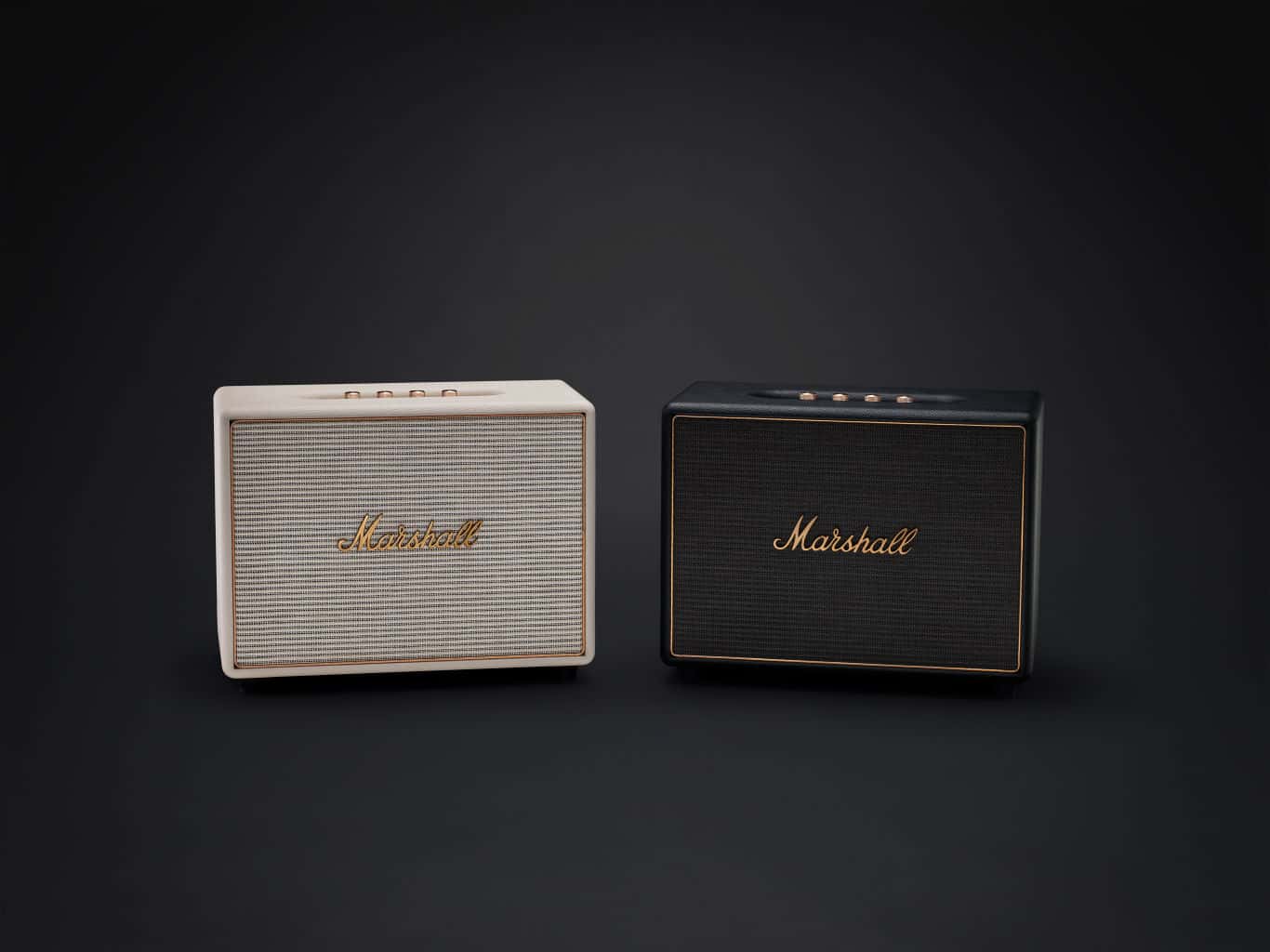 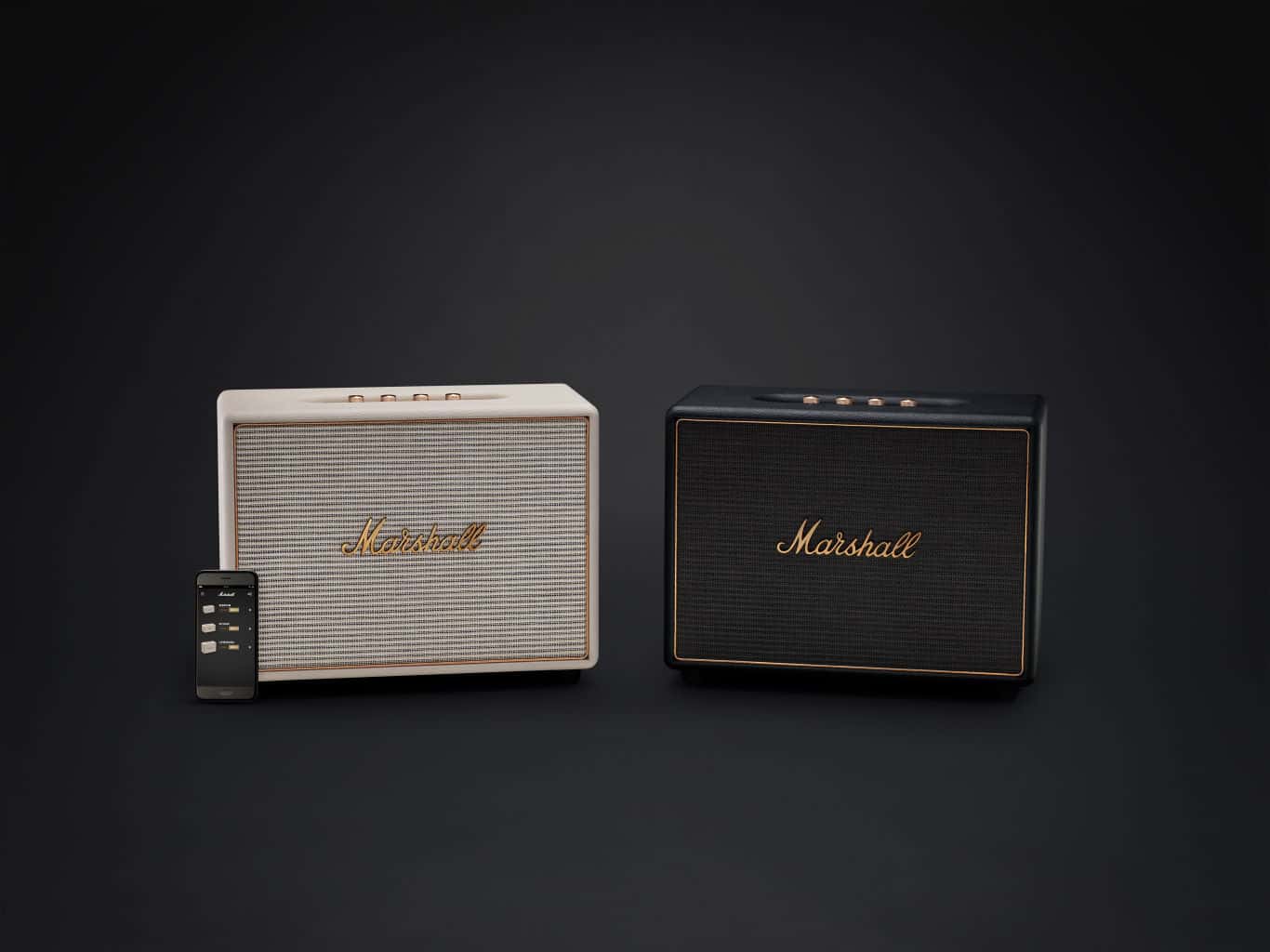