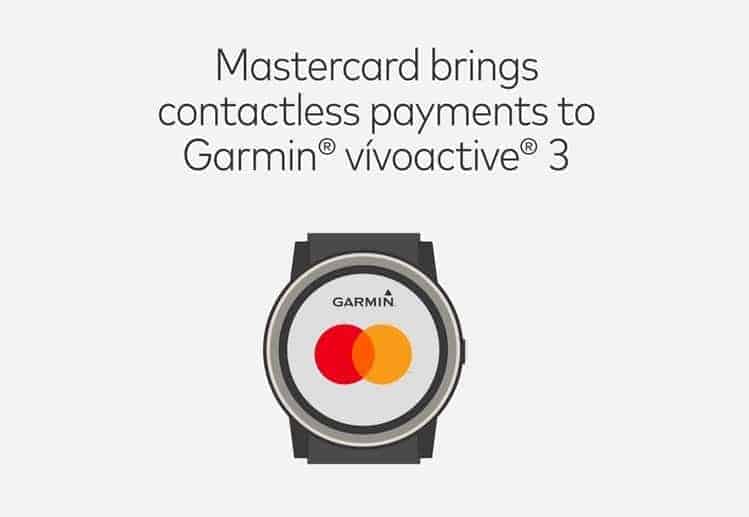 As part of the IFA 2017 proceedings Garmin today announced the introduction of a new smartwatch, the Vivoactive 3. This is a smartwatch that among other things, also represents the first product to come loaded with the company’s new Garmin Pay. Following that initial product announcement, Mastercard has also announced that it is adding support to the Vivoactive 3 and Garmin Pay. Which essentially now means that Mastercard users who buy the Vivosmart 3 will be able to use the smartwatch to make payments while on the go, from the watch, and without the need for any additional hardware, or of course, a physical card. Mastercard has confirmed that to make use of the service, users will need to input their payment information into the Garmin Connect Android app. At which point the app will then just need to be synced with the smartwatch, following which the payment details will be then available for use with the Vivoactive 3.

Thanks to the announced partnership, Mastercard notes that Vivosmart 3 users will be able to use the combined service at no less than 6.6 million merchant locations across the globe. In addition, and for those worrying about the security issues surrounding payment measures like this, Mastercard confirmed that this service is based on the use of tokens. So the user’s credit card number is never actually used and instead a generic number is used to complete a transaction. One which on its own cannot be used in any other instance, or through any other device. As it is a token unique to that transaction, ensuring the payment remains safe and secure.

As for the Vivoactive 3, in addition to the heavily-promoted Garmin Pay functionality, this is at its core a sports-focused watch. One which not only comes with a number of sensors to monitor various health and sports-related aspects, but one which is also designed to work with a wide range of third-party sports apps. Although what will be a just as important selling point is that this particular Garmin smartwatch is more affordable than some of the other currently available Garmin watches. Although not quite as affordable as the Garmin Vivomove HR smartwatch – which was also announced today.