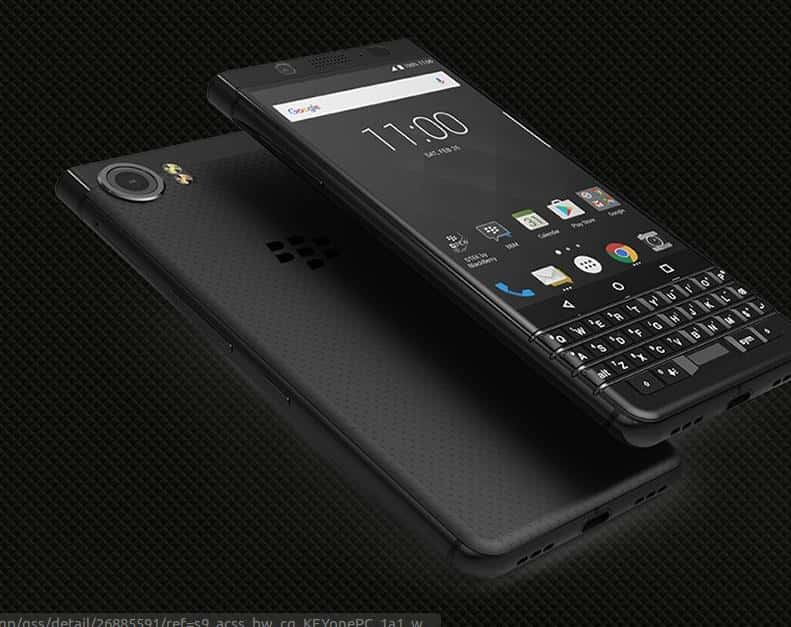 Amazon has started selling the Limited Edition BlackBerry KEYone in India. While keeping most of the defining features of BlackBerry's handset, the limited edition replaces the silver top and sides of the BlackBerry KEYone with black metal. The smartphone will be distributed by Optiemus Infracom, the largest original design manufacturer on the Indian subcontinent and manufactured by Taiwanese firm Wistron Corporation as part of a previously announced joint venture agreement. Aside from the black metal lining the device, the rear part of the handset will be covered by a rubber-like material to improve the grip of the device. The front of the smartphone contains the physical QWERTY keyboard, which also supports swipe input. In addition, a fingerprint scanner is embedded into the keyboard's space bar. To accommodate the keyboard, the 4.5-inch IPS display has a unique aspect ratio of 3:2 and a resolution of 1620 x 1080.

The internals of the device stayed mostly the same, with the Limited Edition BlackBerry KEYone still sporting the Snapdragon 625 processor from Qualcomm. The chipset contains eight ARM Cortex A53 CPUs clocked at 2GHz. The SoC also includes the Adreno 506 GPU clocked at 650MHz for the smartphone's graphics processing needs. However, the Limited Edition BlackBerry KEYone has comparatively larger RAM and storage capacities compared to the more mainstream version, with the former sporting 4GB of RAM and 64GB of internal flash storage. A 12-megapixel camera is located at the rear part of the handset while a selfie shooter equipped with an 8-megapixel sensor is located above the device's display. The BlackBerry flagship also includes a 3,505mAh battery which supports Qualcomm's Quick Charge 3.0 technology for faster charging. Software-wise, Android 7.1 Nougat is installed on the handset, with the Canadian company rolling out Android security patches for the device in a relatively regular manner.

The Limited Edition BlackBerry KEYone is available for purchase from Amazon India for  Rs. 39,990, which translates to approximately $624. It is expected that the handset will also be made available in the Chinese market within the next few weeks. However, there is still no word on whether this particular variant of the phone will eventually make its way to more countries.

Advertisement
Buy The All-Black BlackBerry KEYone
Advertisement
Trusted By Millions
Independent, Expert Android News You Can Trust, Since 2010
Publishing More Android Than Anyone Else
39
Today
83
This Week
338
This Month
5082
This Year
106557
All Time
Advertisement