LG has just confirmed that the LG V30 will ship with high definition audio. LG says that the LG V30 will offer ‘next-generation audio functions’, while the company also says that such functions have never been seen in a smartphone. You will be able to personalize your audio experience on the LG V30, and the company also promises that you’ll be able to do that without any issues. The LG V30 will ship with a 32-bit Advanced Hi-Fi Quad DAC, which is powered by ESS Technology’s SABRE ES9218P.

Now, LG claims that this Hi-Fi Quad DAC has two new, important features, digital filters and sound presets. Digital filters are usually available only in rather sophisticated digital audio players, and their job in the LG V30 is to improve the pre and post-ringing impulse response which can be customized. Now, as far as sound presets go, LG says that its engineers actually put a lot of work in order to optimize sound presets. LG’s engineers studied a ton of ringtones in order to create four sound presets for you to use: enhanced, detailed live and bass. Now, as far as the Quad DAC is concerned, it is able to control left and right audio signals as separate entities, which will, in the end, provide more detail to listeners, and will, essentially, provide you with a stereo sound feel. The distortion rate has been trimmed down to 0.0002 percent, says LG, and the company also claims that audio paths are wider than ever.

The LG V30 will also ship with technology from MQA Ltd., yet another company which partnered up with LG. MQA Ltd. specializes in high-resolution audio streaming, and that will let the LG V30 combine the Quad DAC with MQA technology for a great listening experience, at least that’s what LG claims you’ll get here. The LG V30 will also ship with an HD Audio Recorder, which is capable of using the device’s audio receiver simultaneously as a microphone (Receiver-as-a-Mic or RAM). The RAM is capable of recording loud sounds without any noticeable distortion, which will let the LG V30 record wider dynamic range of sounds. The LG V30 will be announced on August 31, as part of IFA in Berlin, and the phone will ship with a 6-inch P-OLED display, and will also sport really thin bezels. 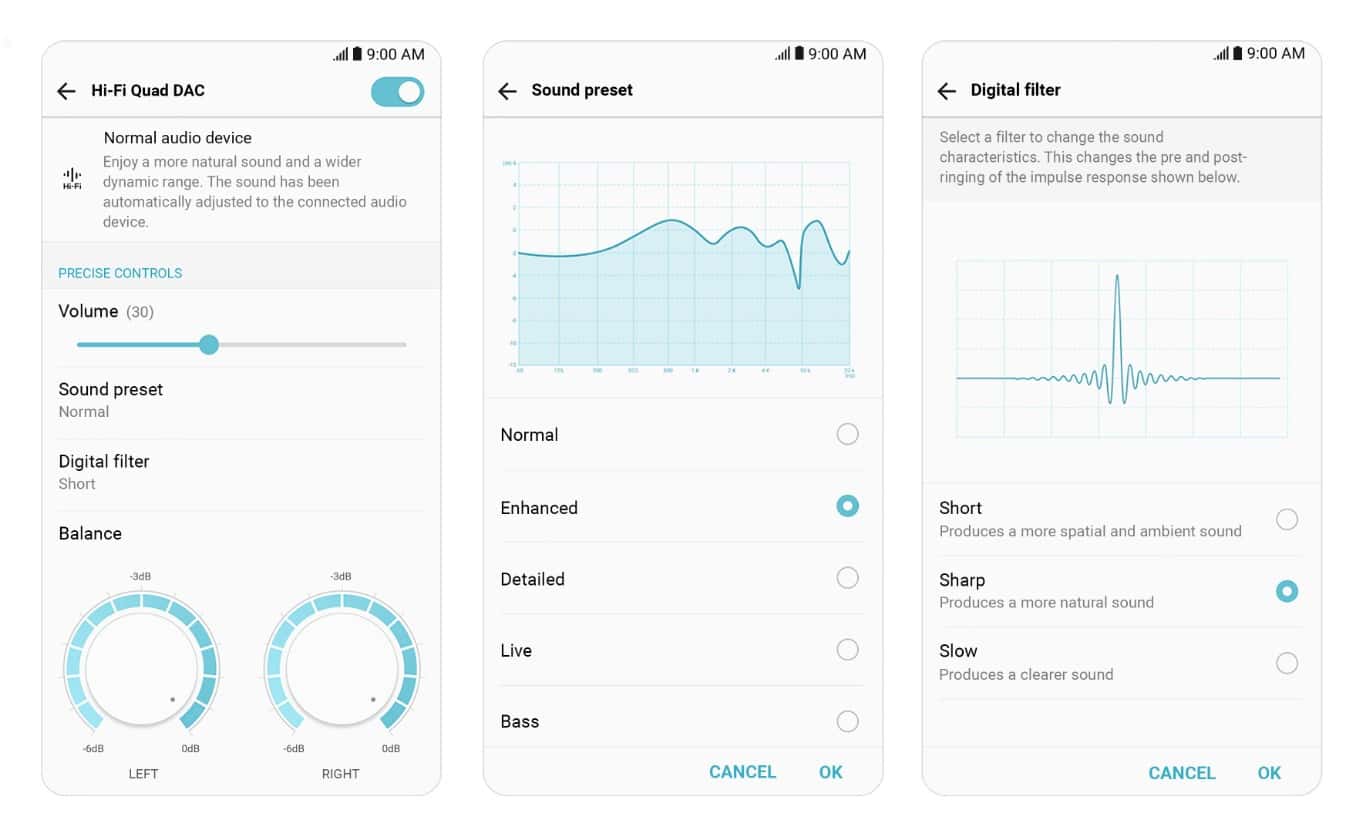