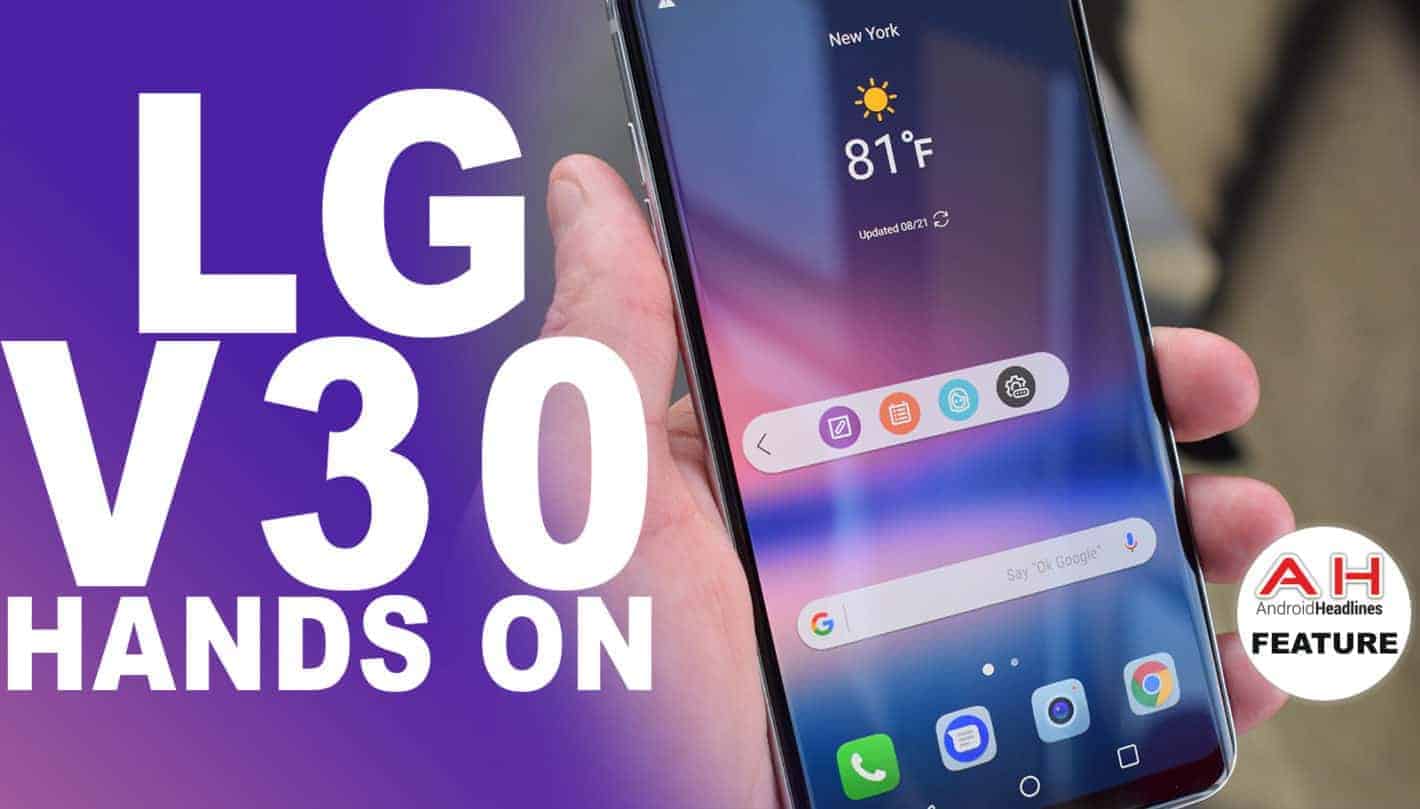 LG’s V series has always about two things; dual screens and creativity. Originally positioned as the content creator’s dream phone, LG’s V series has changed considerably over the years in the looks department, but the DNA that runs through each product in the line is clearly similar. Enter the LG V30, LG’s third generation V series flagship phone, and their most impressive entry yet.  Sporting a brand new build and design, the all-glass body of the V30 looks every bit 2017, from its IP68 water and dust resistant nature, to the dual cameras and small bezels around the screen. Downsides here are few, with the biggest negative likely being the loss of a removable battery, instead replaced with a sealed unit for that IP68 rating.

The V30 shares much in common with the LG G6 that launched earlier this year, including the 18:9 (2:1) aspect ratio screen, which brings an extra tall viewing nature to the screen, both allowing the use of software navigation buttons without interfering with 16:9 content, as well as giving a perfect square area for running two apps in split screen multi-window mode. LG didn’t just slap a larger 6-inch screen on the V30 and call it a day though, instead the V30 marks the launch of LG’s first ever in-house produced curved P-OLED screen, representing the greatest display LG has ever produced on a smartphone. This display is curved at the edges, reproduces 148% of the sRGB color space, and of course features full 10-bit HDR support.

LG might not have the same secondary display that shipped with the V10 and V20, but it’s using a pull-out side bar that works the same way in its place. This side bar can be moved anywhere around the screen, helping to make it far easier to use than reaching above a 6-inch display would be. All the familiar shortcuts and functions from the V series are here, plus a few new ones. LG has also upgraded the audio and camera experiences, with a quad HiFi DAC in all V30 models, as well as a microphone that can act as a receiver at the same time. The familiar dual camera system is here too, sporting upgraded camera sensors with 10-bit HDR technology built right inside, as well as a brand new lens construction that promises brighter and clearer photos than ever before, sporting an incredible f/1.6. Check out our hands on below!