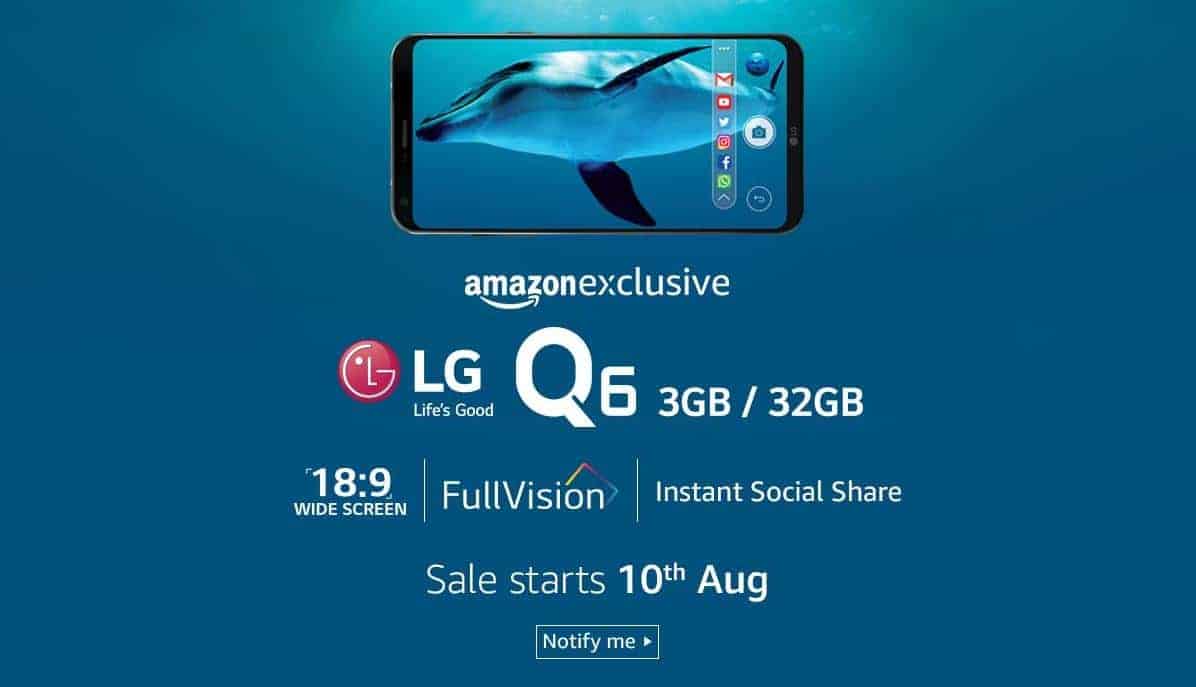 LG India and Amazon India have just confirmed that the LG Q6 will arrive to India on August 10. This smartphone will be exclusively available through Amazon India, and the two companies still did not release any details regarding the pricing of this handset. The LG Q6 got announced back in July, and it was confirmed recently that the phone will go on sale in Europe on August 21, while the phone is already on sale in LG's homeland, South Korea.

Those of you who are unaware, the LG Q6 is LG's budget offering which resembles the LG G6 quite a bit, as it comes with the company's FullVision display. Thanks to this display and the overall build of the LG Q6, this phone comes with really thin bezels all around. LG had actually introduced three variants of the LG Q6, and the only difference between them comes down to RAM and storage counts. The LG Q6α offers 2GB of RAM and 16GB of storage, while the LG Q6 sports 3GB of RAM and 32GB of native storage. The LG Q6 Plus is the most powerful LG Q6 smartphone, and it sports 4GB of RAM and 64GB of internal storage. All of these devices come with a storage expansion option, all you'll need is a microSD card, and that's it. Qualcomm's Snapdragon 435 64-bit octa-core processor fuels all of these devices, and needless to say, this is Qualcomm's entry-level chip.