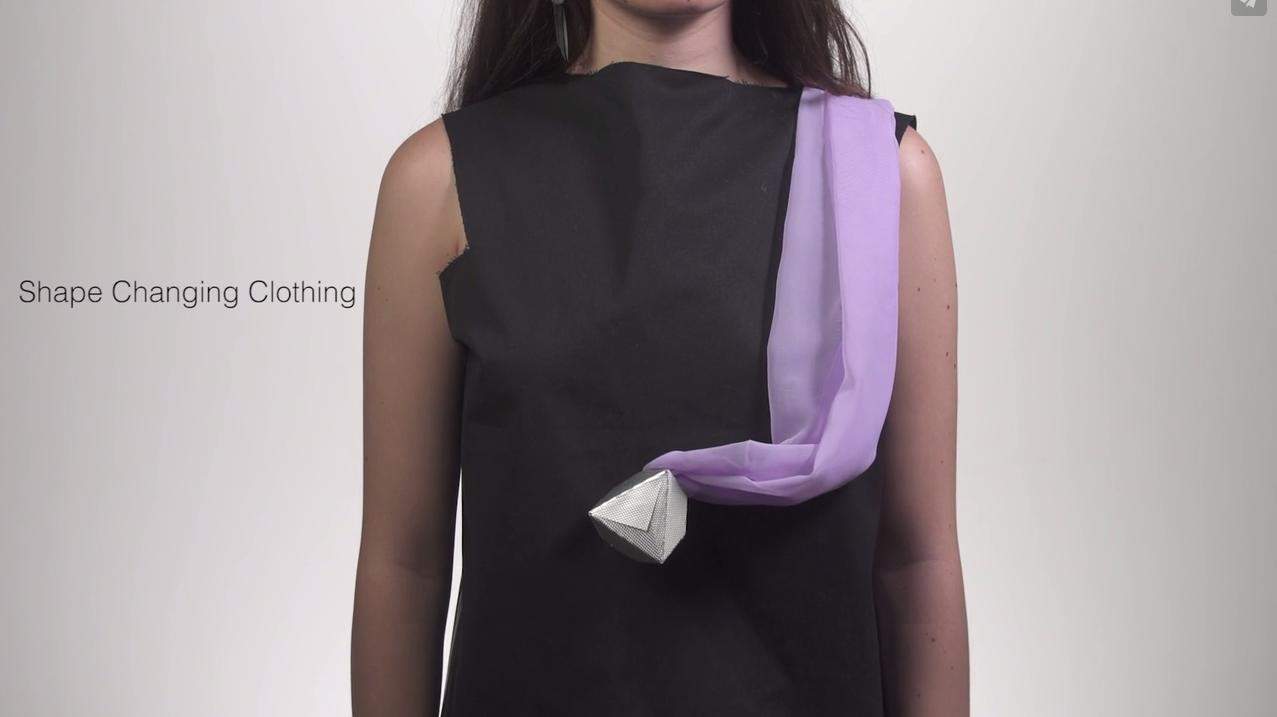 Wearable technology is evolving in a number of strange and interesting directions thanks to the rise of other tech like the internet of things and artificial intelligence, and one of those directions is Kino, a "living jewelry" created by MIT researchers, able to dynamically change itself and alter the clothing that it's magnetically pinned to. Depending on how it's attached and how it's programmed, Kino can have a wide range of functions. It can transform into different looks to piece together an outfit, it can move around on a given piece of clothing, and it can even use sensors and its programming to automate certain functions, such as pulling down a hood when rain stops, or making clothes fit more loosely in a hot environment.

The primary function of Kino is climate sensing, and based on climate factors, it can be programmed to use a wide range of functions, as mentioned above. Kino attaches magnetically, which means that it can clamp onto things like strips of fabric, or it can roll special attachments around clothes, changing their patterns on the fly. Additionally, with materials like velvet that show movement traces against the grain, Kino can use its own tracks to generate a pattern, then simply go in reverse in order to erase that pattern and start anew. Since Kino can also change shape, it presents a massive amount of possibilities for tying an outfit together.

The best part about Kino is how customizable its programming is. It's built on top of a robotics system for an on-body robot that MIT had already created – Kino is simply a modification of that system made to be used with fabric. Kino is essentially meant as a tech demo. In the description of the project, MIT researchers say that they see the technology behind Kino, and similar technologies, being sufficiently miniaturized as to be integrated into clothing, jewelry, and other traditional wearables. Kinetic technology could end up creating any number of advances in wearable technology, from smartwatches with moving parts to dynamic accessories that can read and adapt to any given outfit or user build type.