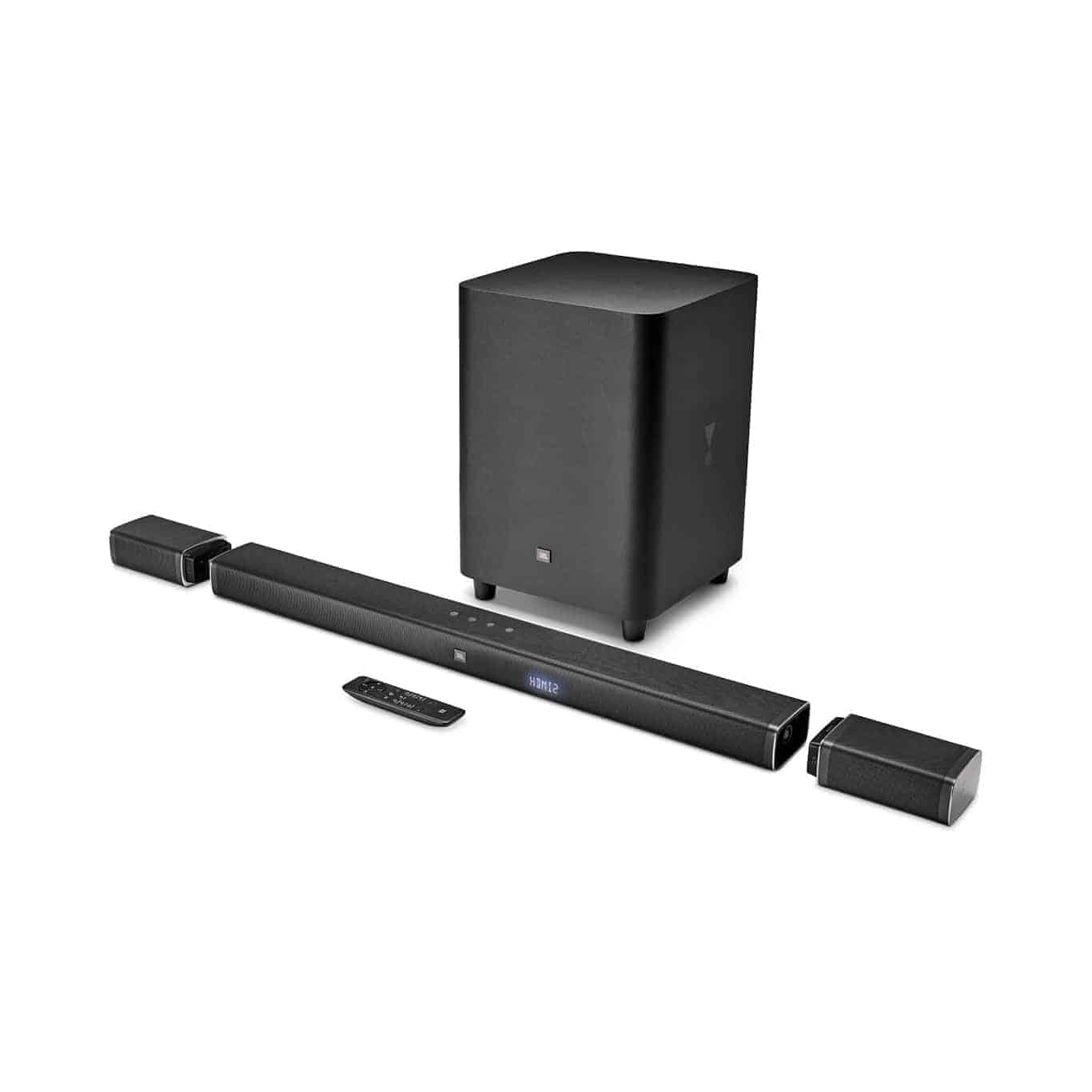 JBL has unveiled a range of new high-end soundbars for consumers, including the JBL BAR 5.1 aimed at those who want the best possible audio experience for their home theater, as well as the BAR Studio for the consumers at the low-end of the market, and the BAR 2.1 and BAR 3.1 for consumers in the mid-range market. All four soundbars feature support for HDMI as well as Optical, AUX, and USB, but all four soundbars are also Bluetooth compatible meaning that all of them are also wireless capable if you’d prefer to not add more wires to your existing setup.

As each of these soundbars is aimed at a different consumer group, each will also come with varying levels of sound output as well as prices to match their capabilities. Starting with the JBL BAR 5.1, consumers will be getting a soundbar that is capable of delivering a sound output 510 watts with a Sub Size/Power of 250mm/300. It also feature Dolby Digital and DTS technology, and detachable wireless rear speakers. As this will be providing the most powerful sound output it comes with the biggest price tag as it will be available for $699, and it also comes with the biggest footprint as it measures at 1148 x 58 x 93mm.

Those who want to spend a bit less can go for the JBL BAR 3.1 or JBL BAR 2.1, which will be available for $499 and $299 respectively. The JBL BAR 3.1 is capable of delivering a sound output of 450 watts with the same Sub Size/Power as the JBL BAR 5.1, although it doesn’t support DTS, only Dolby Digital. As for the JBL BAR 2.1, the sound output drops down to 300 watts, and the Sub Size/Power drops down to 165mm/180, and also only features Dolby Digital with no support for DTS. The last soundbar in the mix is the JBL BAR Studio. This will be available at a price of $149, but while the savings does increase, the sound output decreases quite a bit as it drops from 300 watts on the BAR 2.1 to 30 watts, making this ideal mostly for smaller rooms. It still features Dolby Digital technology, so consumers should expect to have some decent sound, but those looking for something that would be better fit for a larger room and more powerful will want to look at any of the other three options. All four soundbars will come in a Gunmetal color, and JBL says that they will be available to purchase from the JBL website as well as other retailers starting this Fall, though it doesn’t mention a specific availability date.