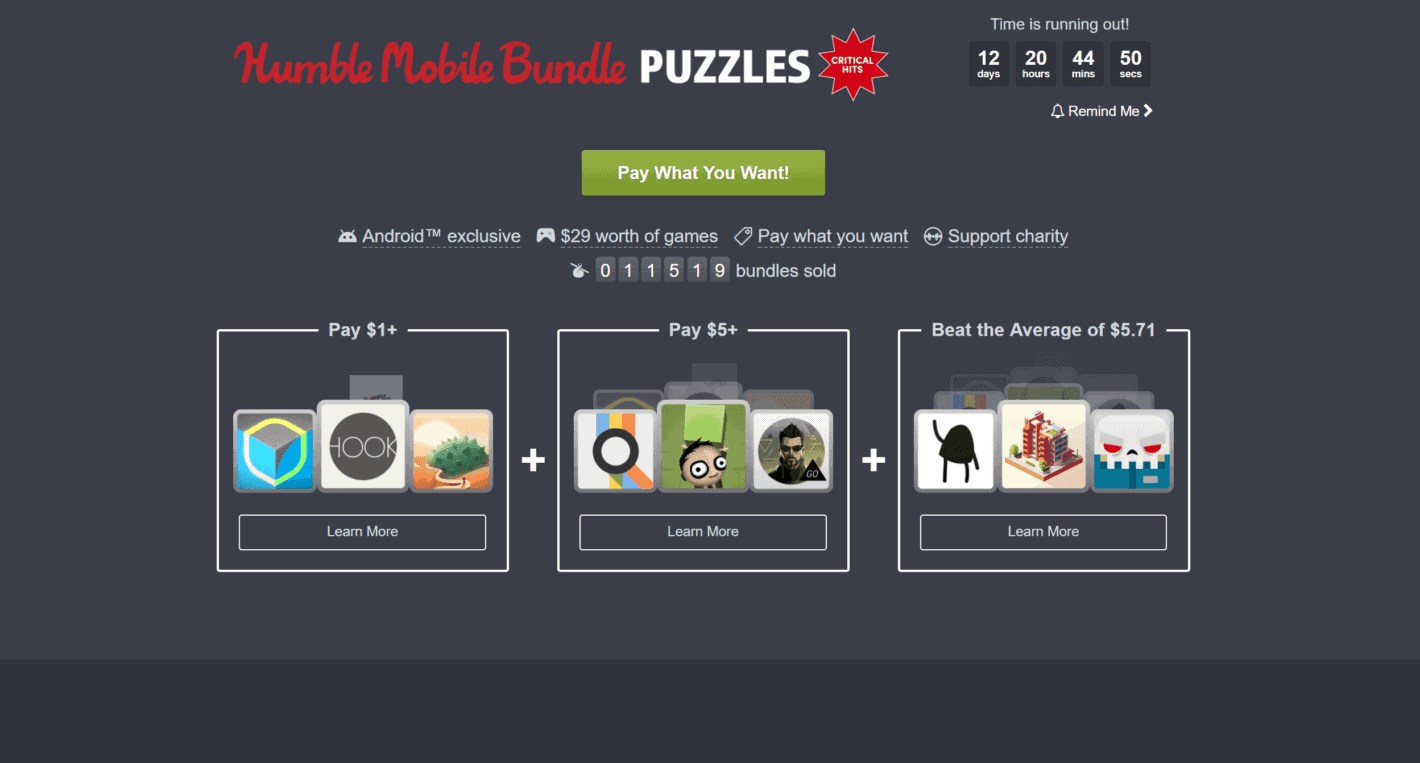 The Humble Mobile Bundle is back and it features some of Android's best puzzle games, all at the discounts that Humble Bundle is famous for offering to those that are willing to spend just a little bit of cash for a whole lot of content. As always, the savings can be split up between the developers of the games, Humble Bundle themselves, and a couple of charities, so you aren't just getting some great games for a huge savings when you purchase games through Humble Bundle's special packs, you're also helping charitable causes which is the cherry on top of not having to spend the full price for some really good games.

As this month's Humble Mobile Bundle is themed after puzzles, there are a fair number of really great puzzle games on offer here, including hits like Square Enix' Deus Ex GO. Like every other Humble Bundle recently if you pay at least $1 you'll unlock three awesome game titles. These include Klocki, Hook, and Zenge. If you pay at least $5, you'll unlock all three of the previously mentioned titles, plus you'll also unlock Deus Ex GO, Mini Metro, and Human Resource Machine.

The last tier requires you to pay whatever the current average amount is and at the time of writing the average amount is sitting at $5.71. Paying at least this amount will let you unlock all six previous titles, plus you'll also unlock A Good Snowman Is Hard To Build, Concrete Jungle, and Slayaway Camp. While it's usually mentioned (though this time it isn't), Humble Mobile Bundles tend to have more games added to the mix about a week into the sale, and to unlock any future titles that are added you have to pay the average amount. So by doing so, you not only unlock all nine games which are listed, but you will also unlock any future titles that are added into the Puzzle bundle later on if Humble Bundle actually ends up adding more games, which makes this a steal as games like Deus Ex GO are usually about $5 by themselves. The sale just started yesterday, so you'll have about two weeks until it disappears, though it's worth mentioning that the average amount could go above the $5.71 so it's a good idea to snag the bundle as soon as possible.