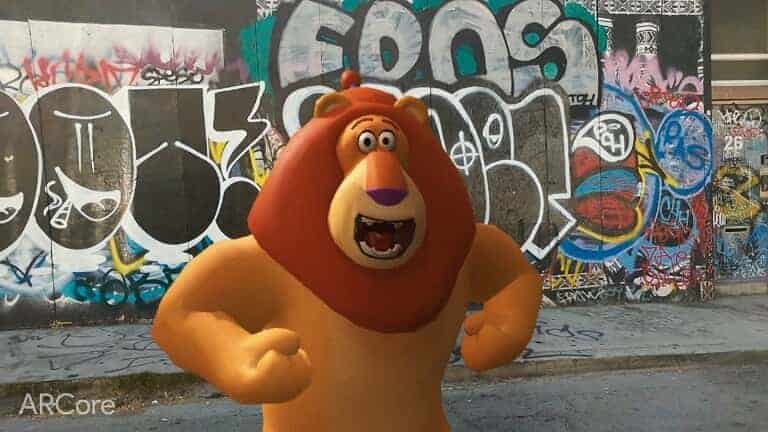 Today, Google announced ARCore, effectively making all Android 7.0 Nougat smartphones capable of augmented reality. As you’d expect, that’s a pretty big deal for Google, and specifically Clay Bavor who is the head of Augmented and Virtual Reality at Google. Bavor spoke with UploadVR about the update and has basically said that Google is planning to make AR mainstream for both developers and users of Android. Bavor went on to say that they “though mobile smartphone-based AR was going to be a thing that was important years ago.” And also reminded everyone that the first Tango – called Project Tango back then – development kit was released in 2014. Since then, Google has worked hard to relax the constraints on hardware and even getting rid of needing a depth sensor or additional cameras. Which has made AR on a standard smartphone possible.

Of course, bringing AR to every Android device – rolling out to Google Pixel and Galaxy S8 first – is only the start. Bavor knows that there is much more that needs to be done to make AR mainstream, like giving users a reason to actually use augmented reality. Sure it’s cool using augmented reality to see trees grow in your house, or robots walking across a table, but that’s not really a necessary feature, and sounds more like a gimmick. And that’s where Bavor and his team are looking to improve ARCore. Bavor also noted that his team has been working on software solutions in addition to Tango. Since not every device is going to be a Tango device, and that the team needed to build augmented reality to scale.

Augmented reality on your smartphone is a pretty cool feature, of course it isn’t really anything new, as some smartphone makers have used AR in camera apps before, like Sony for one. Sony has made it possible for you to add things to your photos using AR. Then of course there are the lenses in Snapchat which is available for most Android and iOS devices. But what Google is doing here is taking it a step further, and it’ll be interesting to see where it goes in the future.