Google seems to be opening the Google Home Preview Program up to all users who may be interested in participating, though it is noted that if users aren't seeing the option to opt into it that a reboot of the device may help. For those that want to be part of the Preview Program and get the updates for new features to test them out before Google pushes them to all devices officially, setting things up is a rather simple process. First you'll need to open your Google Home app on your device, then tap on the device settings option. Here there should be an option to tap "preview program" which will enable it.

On the Preview Program page you have a small description of what to expect as being part of it, which is just early access to updates before they go live for all users, and there is a giant blue button that will allow you to leave the program if you decide you no longer want to participate in the early access updates and go back to the normal version of the software for your device. Once you're opted in, the device settings page will also list whether or not the preview program updates are on so you won't have to enter that sub menu again just to figure this detail out.

As mentioned above if the option isn't showing up in device settings, a device reboot may fix this, but it's also worth noting that the device has to be on firmware version 93937 first, so if you don't have that version of the firmware than the option won't appear for you. The Google Home Preview Program is just one of Google's devices that have had this sort of option available for owners, as Google launched a Chromecast Preview Program last Fall. When and if you decide to opt into the Google Home Preview Program, you should see update alerts pop up on your connected smartphone that will tell you when a new update is available to download, and the accompanying changelog should list off details as to what's new with that particular update. 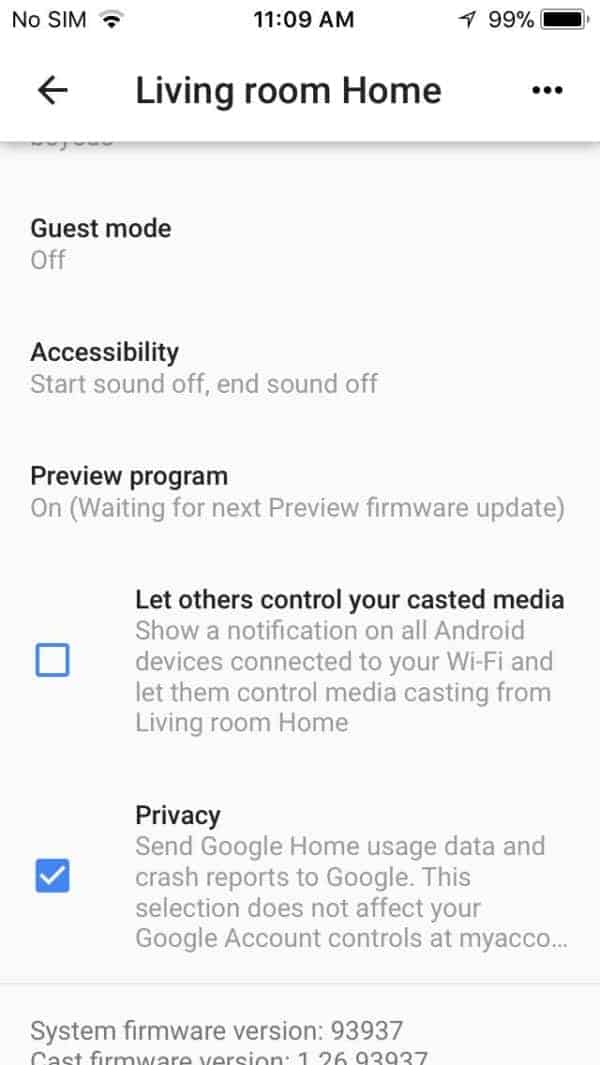