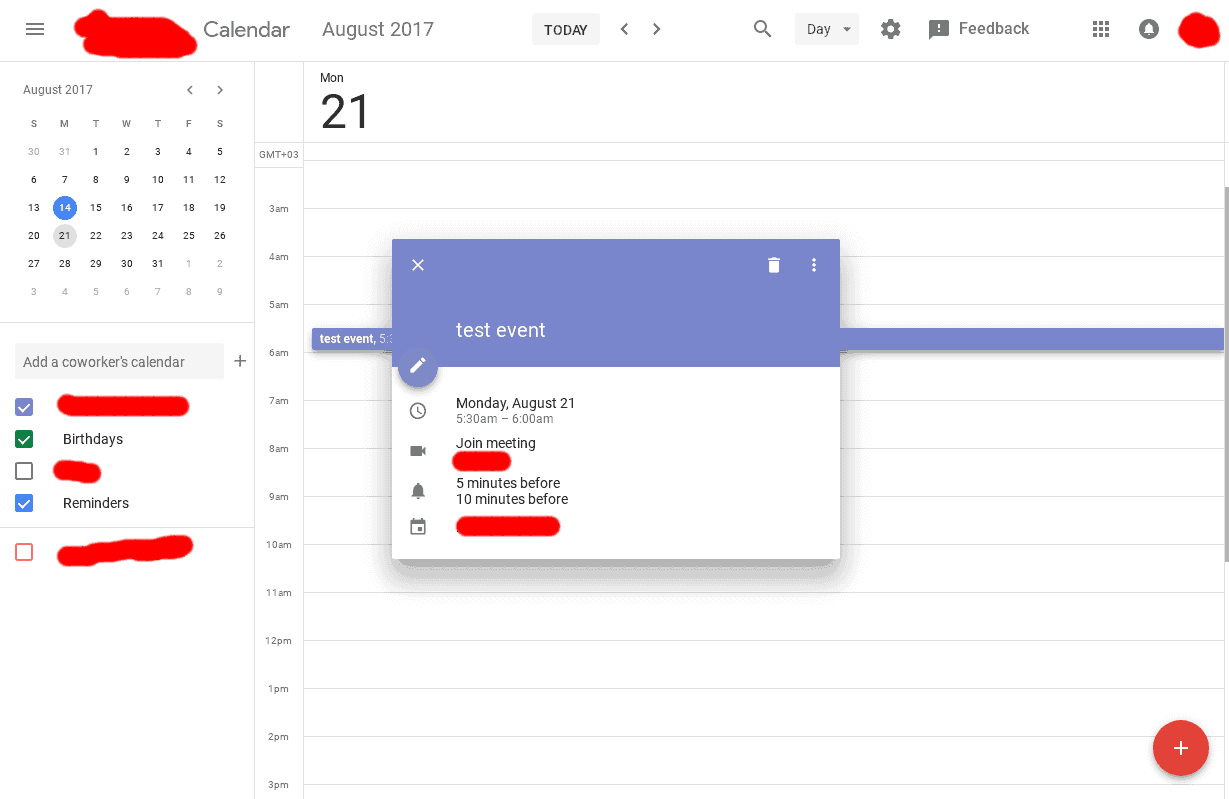 Google now seems to be testing Material Design for Calendar on the desktop, after having rolled material design refreshes out to the Android version of the app some time ago. This only seems to be a test as it's not rolling out for everyone, but with it beginning to show up for some users it wouldn't be a surprise to see it start hitting all users within the next month or two if not sooner. That said there is still no listed time frame for a rollout as Google hasn't posted anything on the changes yet.

The first thing that some users might notice is that this doesn't appear to be a complete UI overhaul with Material Design applied to every single aspect of Calendar in a way that it matches the Android app, though Material Design is certainly present in many areas. First off, the Hamburger menu is now present, though none of the screenshots show any detail of what settings or features are listed in this part of the interface. Looking to the settings, different sections are separated out into cards, similar to what you'd see in your Google app news feed, and dates for each day are more clearly defined as they appear across the top like before, but with a larger appearance.

When entering a new calendar event, cards will now pop up complete with a thick colored header based on the color you select for that specific event, which also now has a floating action button in the top right corner that matches the header for editing the event once it's been created. The floating action button also now sits in the bottom right corner of the interface for creating a new event, so you no longer need to click on the specific day and time to complete this action, and due to the FAB button being there, the rectangular "create event" button that used to sit in the top left corner has now been removed. The small month-view box is still present in the top left corner of the UI, though now, the current day is no longer surrounded by a square box, and is instead surrounded by a colored circle. There are likely more changes visually as well. Since this only seems to be appearing for some, there's no telling how long it may take for Google to push these changes out completely, but if you use Google Calendar on the web, keep an eye out for the visual changes as they may appear sooner than later.