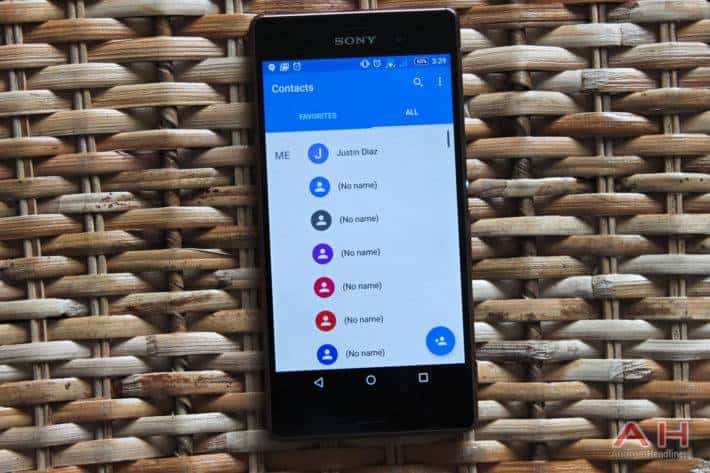 The Google Contacts app recently became available for third-party devices, with the Alphabet-owned company expanding its availability to most smartphones and tablets running Android 5.0 Lollipop and newer versions of its mobile operating system. The change was officially introduced as part of the latest client-side update for Google Contacts that hit the Google Play Store on Monday and is now rolling out to users worldwide. The latest development expands the compatibility of Google's contact management app in a significant manner seeing how the tool was so far only available on the Pixel, Pixel Xl, and a small number of other devices branded by the company through the Nexus, Google Play Edition, and Android One programs.

The version that's now officially available for the majority of the Android ecosystem comes with the build number 2.1.2.164543808 which also ships with two notable additions, with Google revealing that the new variant of the app allows users to easily merge duplicate contacts and receive suggestions for adding more information about their existing contacts. The Mountain View, California-based tech giant didn't elaborate on the latter point and limited testing revealed no such functionalities so far. The changelog accompanying the latest update for Google Contacts implies that the feature may be powered by some sort of artificial intelligence (AI), especially since the company has been committing significant resources to implementing this emerging technology into many of its existing software offerings, though it remains to be seen how this functionality works in practice.

Like many of Google's other mobile services, this particular app is free to download and use, in addition to not featuring any kind of ads or in-app purchases. While the Internet giant's general product strategy often leads it to focus on user acquisition and retention and postpone monetization — which is how e.g. Google Maps is being developed — it's unlikely that Alphabet's subsidiary will attempt to aggressively monetize Google Contacts at any point in the future, with the firm's previous updates on the app's advancements implying how it sees this service as an extension of Android and not a potential revenue stream. Being part of its creator's core mobile portfolio, Google Contacts will presumably keep being supported with regular updates for the foreseeable future.