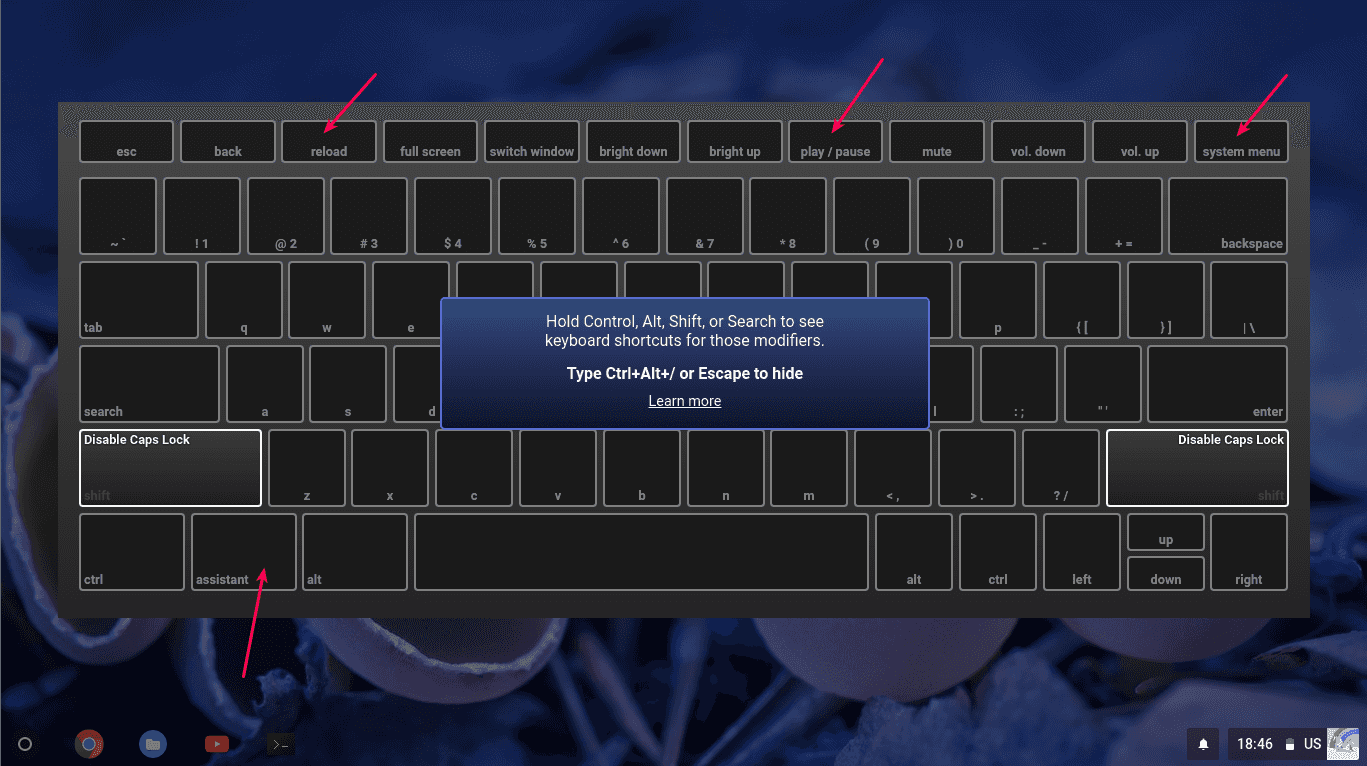 In the image you can see the placement of the new Google Assistant button, which showcases that users will have a physical key to access the digital assistant, so they won't have to rely on simply speaking to Google to have the feature pop up. The button will be located in the bottom left corner of the keyboard sitting between to the ctrl and alt keys. According to the Chrome Unboxed, this image is from a bug report. It is by no means to be considered a confirmed placement for the Google Assistant button, as things could always change, but this is probably just as good of an indicator as anything else that the button will have its rightful place among all of the other standard keyboard keys. That being said, it still leaves things unclear as to when Chromebooks will actually start coming with this new layout that has the Google Assistant button.

It's suspected that it could still be a couple of months away before any Chromebooks hit the market with the Google Assistant button, with the Chromebook codenamed Eve thought to be the first machine that carries this new physical key and feature combo. With the arrival of this newly leaked image, there has also been recent reports that Google would be removing the OK Google command from Chromebooks and replacing it with Google Assistant, so there's already tons of evidence that these changes are on the horizon and due for arrival at some point. It's just matter of when as opposed to if. Of course it could also still take some time before a wide variety of Chromebooks are made available which support this new functionality.