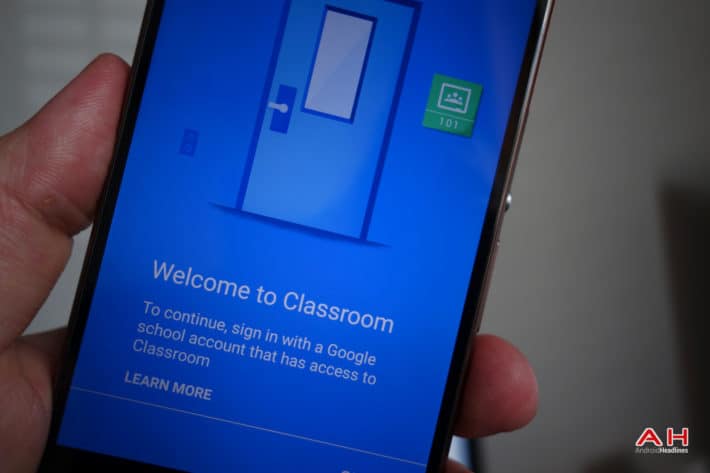 Now that Google has effectively taken over the classroom, the company is looking to improve its online suite of tools with the goal of helping teachers get better organized and, ultimately, save time. To that end, the company has announced via its Keyword Blog on August 1 that G Suite for Education and, more specifically, the associated Classroom and Forms tools will be seeing a significant update in the coming weeks. At the same time, the creation of a new resource hub is also under way to get teachers started. Although Google didn't offer a more exact timeline for the enhancements' eventual release – only saying they would be launched "in the coming weeks" – the changes are planned for the 2017-2018 school year and it is known that there are 10 improvements on the way, in total.

The first improvement is intended to help teachers track each individual student more effectively. With a tool which Google calls "single view," teachers can filter, search, and view the status of an individual's work, whether any work is missing, and other pertinent information. That should, Google says, help teachers work in a more personalized fashion with students to focus on areas that need improvement and to create individual-centric work goals. Beyond that, Teachers will also be able to re-order classes by schedule, "workload priorities," and several other ways. By organizing classes, both teachers and students will be able to better plan their school day. Along the same lines, school administrators and teachers will be able to transfer entire classes with the new update. That means classes won't need to be re-created from scratch every year and could possibly help with keeping teachers, substitutes, and other school officials all on the same page over the course of a school year or several school years. Students will be able to join in on classrooms more easily, to begin with, since the new tools allow teachers to display their class code in full screen. Schools will also be able to sync their school directory with Google Classroom using IMS OneRoster CSV files, which should make getting classes set up a much easier task. Further still, Google is creating more Apps that integrate with Classroom so that data can be shared more easily between tools they use and Google Classroom itself. Those include, according to the announcement, Quizizz, Edcite, Kami and coming soon, Code.org. Mobile isn't being excluded in the new integrations either, and both students and teachers alike will be able to take advantage of new mobile tools to add and adjust profile pictures.

Each of the above-listed changes is likely to be well-accepted by school officials, teachers, and students that use Google's popular education tools. However, Google hasn't stopped there. Grading is an important part of the relationship between teaching and learning. With the new update, Google wants to make grading assignments and quizzes an easier task, in addition to making it easier for students to see where things went wrong when they do. To accomplish that goal, grades from Quizzes in Google Forms will soon be directly importable to Classroom. Teachers will soon be able to batch-grade assignments on a question-by-question basis and will be able to provide more in-depth feedback where needed from within the Classroom tools themselves. Grades can also be scored using decimal points after the update so that scores can more accurately represent a student's efforts.