The new Gionee X1 smartphone launched in India yesterday with a budget price of Rs. 8,999, or approximately $140. It’s now on sale at brick-and-mortar retail stores and should soon be available online, with the phone itself coming in Black and Gold color options. Some launch offers to entice buyers are also available; e.g. Airtel subscribers who purchase the phone can get an additional 10GB of data per month for the next six months, while another deal offers a number of Paytym cashback voucher codes.

Despite being a budget offering, the Gionee X1 comes with a rear-mounted fingerprint scanner and packs a 1.3GHz MediaTek MT6737 quad-core processor with 2GB of RAM, in addition to featuring 16GB of internal flash memory expandable up to 256GB through a dedicated microSD slot. The Gionee X1 has a 5-inch IPS display with HD resolution of 1280 x 720, resulting in a pixel density of 294 pixels per inch, and a 3,000mAh battery. Camera-wise, it’s equipped with an 8-megapixel rear shooter with dual-LED flash and an 8-megapixel front-facing unit with f/2.0 aperture. The dual-SIM handset has connectivity options that include 4G VoLTE, Wi-Fi 802.11 b/g/n, and Bluetooth 4.0, and runs the Android 7.0 Nougat OS skinned with Gionee’s proprietary Amigo 4.0 out of the box. The Gionee X1 has a 3.5mm audio jack although it lacks FM Radio, and ships with an accelerometer, proximity sensor, and an ambient light sensor. The weight of the handset has not been specified but it measures 144.3 x 72.2 x 8.8mm in size.

The new Gionee-made smartphone has launched in India just two weeks after the arrival of the Gionee A1 Lite, which is a higher-end smartphone selling for Rs. 14,999 ($234). The A1 Lite has an octa-core processor, larger 5.3-inch display, 3GB of RAM, and a superior camera setup, as well as a higher-capacity 4,000mAh battery. The Gionee X1 is offered at around the same price as the Nokia 3 that released in India back in June for Rs. 9,499 ($148). The Nokia 3 has many similar specs to the Gionee X1 with the same MediaTek SoC (clocked at 1.4GHz), identical display panel, equal amounts of RAM and internal storage, and comparable main and secondary camera setups. However, the Nokia 3 does not feature a fingerprint sensor and has smaller, 2,630mAh battery. 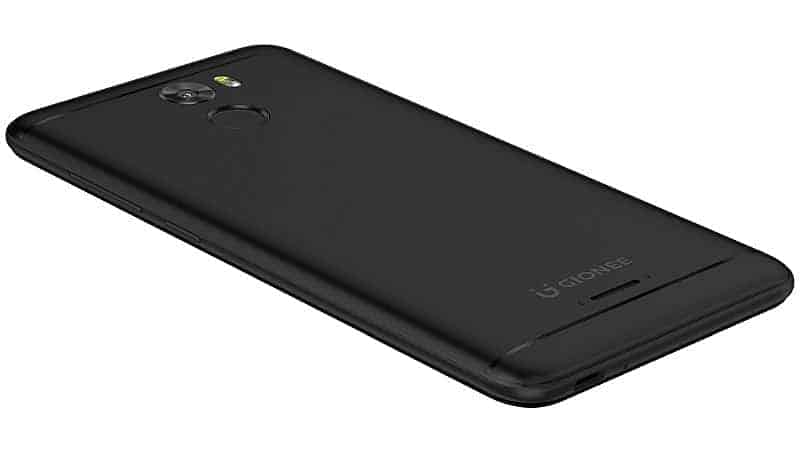