The Gionee A1 Lite has just been launched in India, and this comes a few months after the standard A1 and A1 Plus models were introduced in the country. The smartphone will be available for purchase from August 10 and will be priced at Rs. 14,999 ($235). Gionee will also be offering the A1 Lite through Airtel, one of the biggest carriers in India. Airtel customers who purchase the handset through the carrier will receive additional 10GB of mobile data per month for the next six months. However, Airtel subscribers will have to purchase 1GB of internet data to be eligible for the plan. Gionee has also partnered with Paytm, whereby each A1 Lite purchased comes with two cashback vouchers worth Rs. 250 ($4) each as long as you use it to purchase at least Rs. 350 ($5) worth of goods on Paytm Mall. Gionee is offering its latest device in two colors – Gold and Black.

In terms of specs, the Gionee A1 Lite packs mid-range internals, including a 5.3-inch HD display protected by Corning Gorilla Glass 3. Under the hood, it features the MediaTek MTK6753 octa-core processor clocked at 1.3GHz and equipped with the Mali T-720 GPU. Memory-wise, the smartphone packs 3GB of RAM coupled with 32GB of internal storage which can be expanded via a microSD card. One of the main features of this handset is the 20-megapixel front-facing camera which is assisted by an LED flash. The rear camera is a 13-megapixel shooter, also equipped with an LED flash. Keeping the lights on is a 4,000mAh battery which will last 295 hours on standby, according to Gionee. This dual-SIM device is equipped with a fingerprint scanner on its rear and runs Android 7.0 Nougat out of the box, coupled with the company’s own skin, Amigo 4.0 UI. Connectivity options of the Gionee A1 Lite include 4G VoLTE, Wi-Fi 802.11 b/g/n, Bluetooth, and GPS.

On this occasion, Gionee once again reiterated that India is an important market for the company, stating that it is putting its focus on debuting more products suited for Indian consumers in the near future. An update on the company’s product efforts in the South Asian country will likely follow later this year. 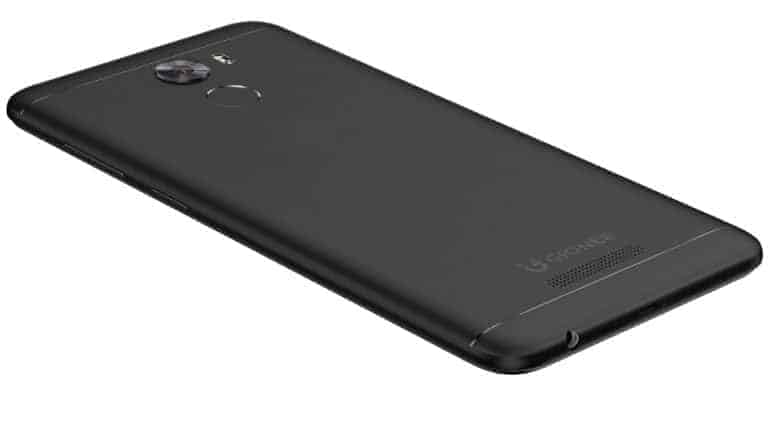