A set of leaked images that appeared online earlier this week seemingly shows off the design of the upcoming Garmin Vicoactive 3. Until now, Garmin’s Vivoactive line of wearables has stuck with a more angular design; the original Vivoactive sported a square watch face, while the second generation Vivoactive HR had a rectangular one. However, according to the new leak, Garmin will do away with this design language in favor of a more rounded one.

The recently uncovered renders indicate that Garmin is attempting to make its next fitness wearable look more like a traditional watch, with a circular touch display and what looks like stainless steel wrapping around it. An optical heart rate sensor can be seen sitting in the center of the wearable’s rear side which also houses a set of conventional charging pins. As with previous Vivoactive models, the upcoming device also seems to be featuring a rubber band. In terms of features, the images clearly show off the ability to record minutes, as well as the user’s step count and the number of steps climbed, as was the case with previous models. Regarding software, it appears that the Vivoactive 3 runs some instance of the Fenix UI, but some modifications have apparently been made in terms of how the watch handles notifications, with this particular feature being streamlined. The device is also waterproof like its predecessor, industry insiders said on Tuesday. As with previous Vivoactive models, the upcoming fitness watch is expected to be more of an all-rounder and consequently cater to a wide audience.

Garmin is yet to confirm a release date for the device, but it’s likely that the thereof will be announced over the course of the next couple of months as some industry insiders are speculating that the Vivoactive 3 will be released around this year’s holiday season that’s usually the most lucrative annual period for consumer electronics manufacturers. Garmin also has a history of attending the IFA trade show in Berlin, Germany, and with the last iteration of the event being scheduled to begin in less than a month, it’s possible that the Swiss wearable maker will unveil more details about its future products on that occasion. 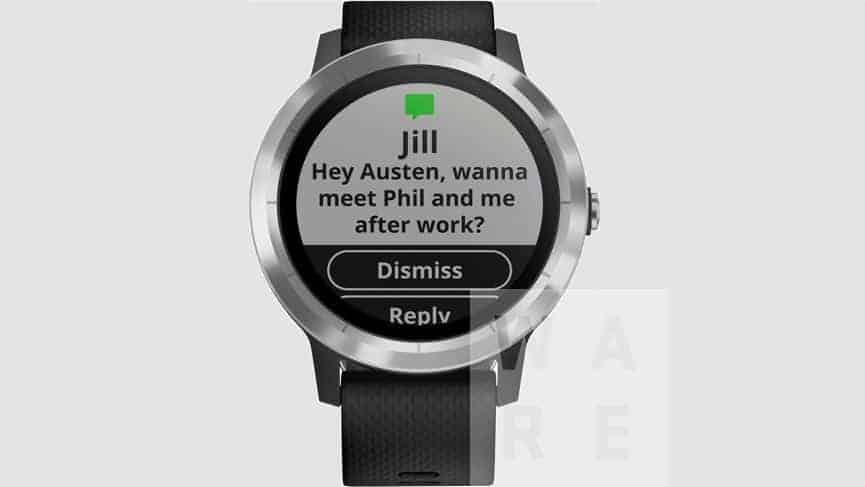