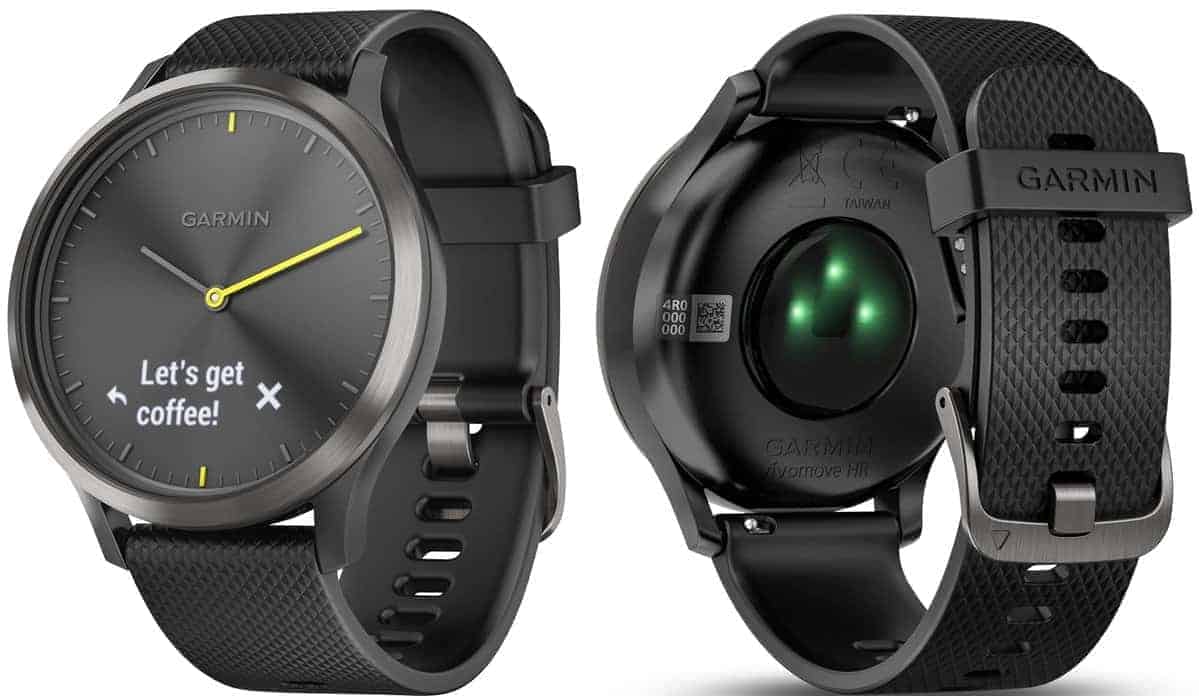 Garmin is rumored to announce the Vivomove HR watch at IFA this year. A press render was recently leaked by Evan Blass while also mentioning the name of the device as well as details of the announcement. Other than the name, though, and when Garmin plans to show it off officially, there doesn’t seem to be a whole lot more to know about the Vivomove HR just yet. There are some things which can be picked up from the image though, even if there aren’t any specs details at this time.

The first thing to notice is that the HR in the name quite obviously stands for Heart Rate, as the watch will feature a heart rate sensor on the back, which can also be seen in the image. Another detail worth mentioning is that this will have some smartwatch features by the looks of it as the display shows a notification from an incoming message saying “let’s get coffee,” with an “x” button that would presumably allow the user to dismiss the notification, and on the other side a familiar reply button that would allow the user to respond. What isn’t known is if the user will have a touchscreen keyboard to type responses with, or if they’ll have the ability to use voice to speak to the watch and have it type out a message for them, or if there will simply be a list of predefined message responses that the user will simply need to tap to send.

Judging by this particular detail, it seems clear that this will have smartwatch features, but what isn’t clear is if this will carry a proprietary OS designed by Garmin specifically for this device. It doesn’t appear to look like Android Wear but it does appear to have smart functionality, so a proprietary OS may very well be in the cards. This also won’t be the only device likely to show up at IFA, as renders of the Garmin Vivoactive 3 recently showed up back on August 9th with a similar design. This isn’t a guarantee that Garmin will announce both watches, but since the Vivoactive 3 has yet to receive an announcement of its own, IFA seems like it could be the most likely place for it to show up in an official capacity. The Vivomove HR looks like it comes with a metal watch case, and it definitely has swappable bands as you can see the latch to unhinge the band at each side of the watch lugs. At this point in time there’s no telling how much the watch will cost, but if it’s getting an announcement at IFA it’s entirely possible Garmin will share those details at that time.