The Samsung Galaxy Note 8 has been leaking like crazy lately, and a new leak has just popped up. If you take a look at the provided image down below, you will notice the device being shown in some kind of a leaflet or something of the sort. The Galaxy Note 8 is pictured at the very top of that leaflet, along with the S Pen stylus. This seems to be a 256GB storage variant of the device, and there’s also some sort of writing there to accompany this listing, though it’s in Korean, so we really don’t know what it says. It’s presumably Samsung’s Galaxy Note 8 slogan, or something of the sort, but one thing is for sure, this leaflet does not reveal any specs of the device.

The Galaxy Note 8 surfaced a number of times thus far in various renders, amongst other leaks, and the device will be announced the day after tomorrow, on August 23. Samsung will host a press conference in New York, and announce its new flagship phablet, which is supposed to succeed the Galaxy Note 7 which was not exactly available for long, as the company was forced to stop selling it due to battery issues. Having said that, the Galaxy Note 8 will resemble the Galaxy S8 devices, it will be made out of metal and glass, and its display will be curved on the sides. The Samsung Galaxy Note 8 will be released in two processor variants, almost certainly, one variant will be fueled by the Snapdragon 835 64-bit octa-core SoC from Qualcomm, while the other will ship with Samsung’s very own Exynos 8895 SoC. The Qualcomm model will be sold in the US, and some other markets, while the Exynos variant will be available in Korea, Europe, and so on.

The Samsung Galaxy Note 8 will sport a 6.3-inch QHD+ Super AMOLED Infinity display, while it will also pack in 6GB of RAM and 64GB, 128GB or 256GB of native storage, at least according to a recent leak. The device’s battery will be larger than 3,000mAh, and fast charging will be included, of course. The Galaxy Note 8 will include two cameras on its back, and that’s where the phone’s fingerprint scanner will lie as well. Android 7.1.1 Nougat will come pre-installed on the device, and on top of it, you’ll get Samsung’s custom UI. All the S Pen features from the Galaxy Note 7 will likely be included here, while Samsung will probably unveil some additional ones as well. 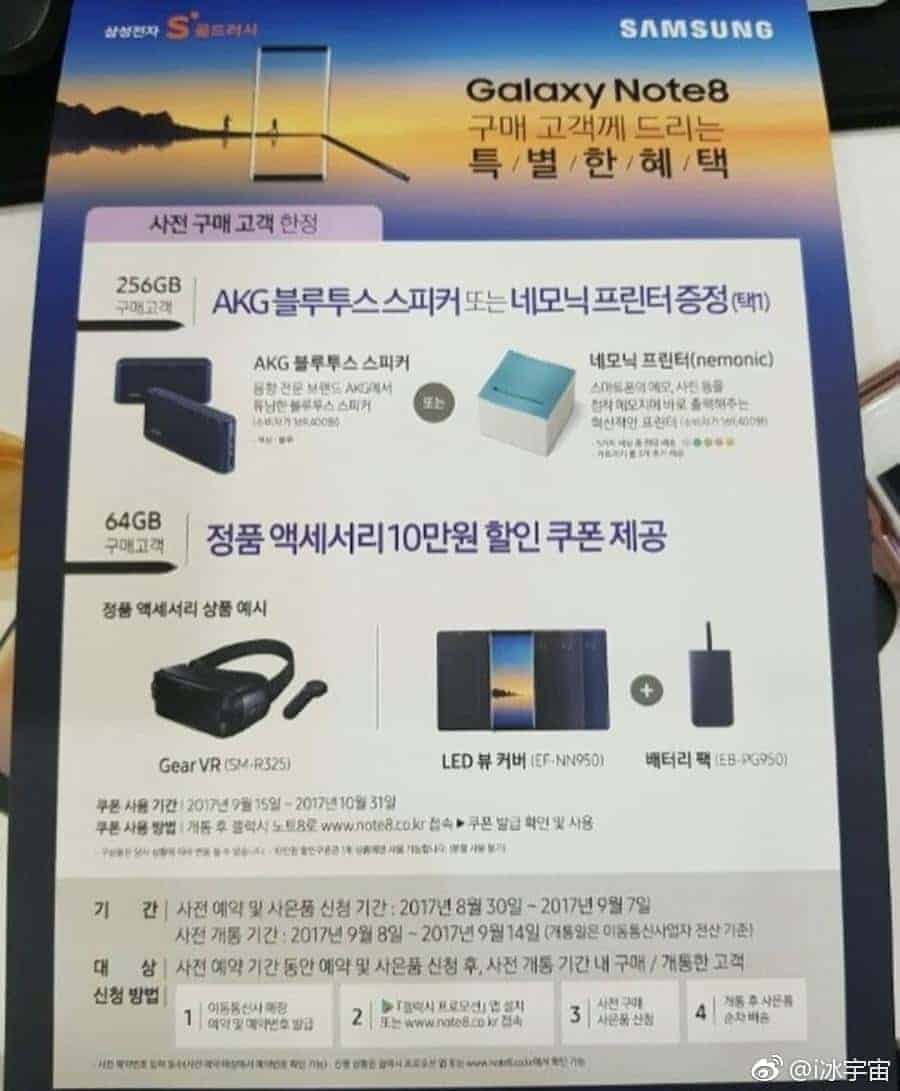