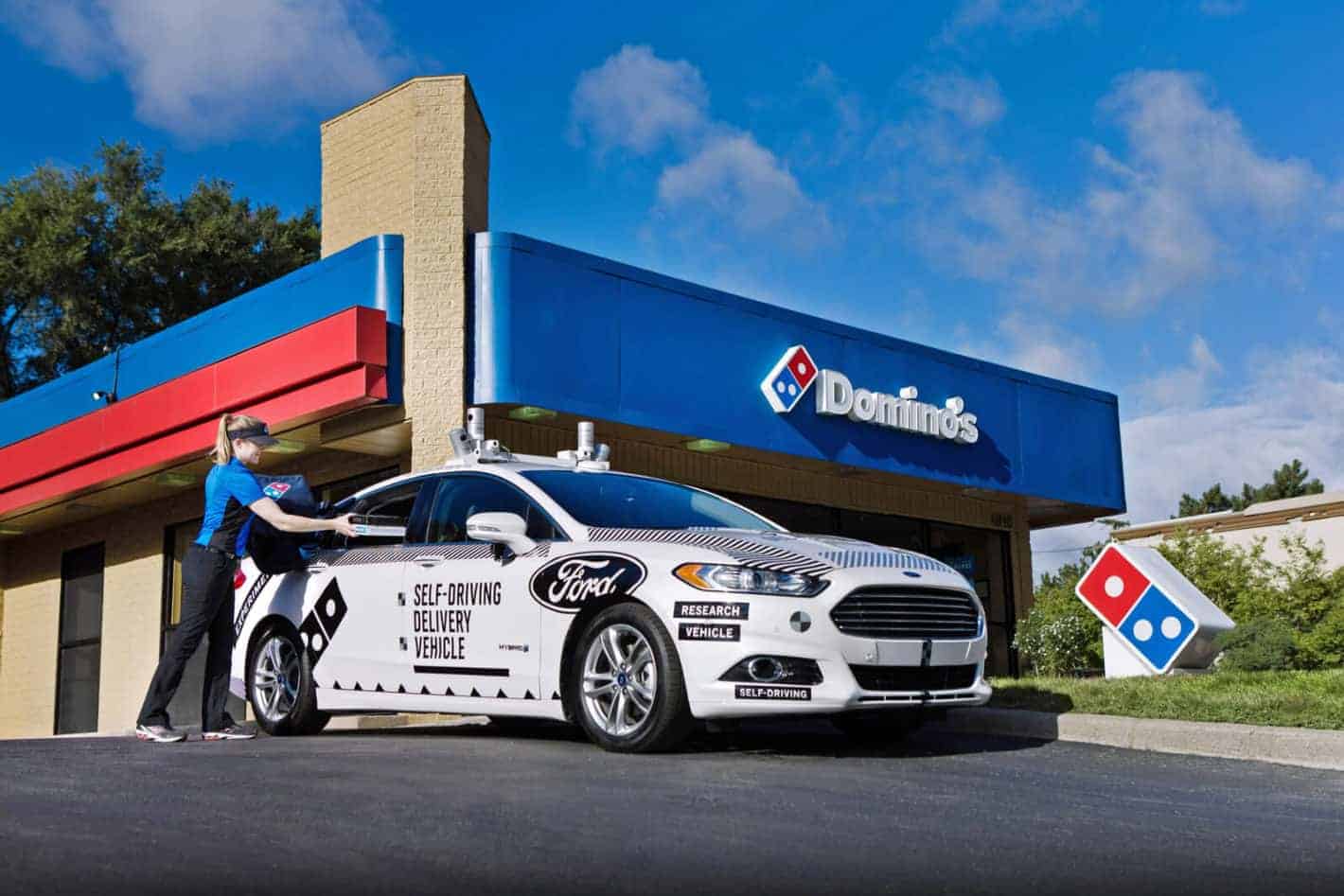 The Ford Motor Company is partnering with Domino’s Pizza in an attempt to improve its self-driving car AI and gain a better understanding on how humans interact with fully-autonomous vehicles. The companies will conduct a test over a two-week period in Ann Arbor, Michigan, where randomly selected Domino’s customers will have the possibility to accept their pizzas being delivered by an autonomous Ford Fusion Hybrid research vehicle.

More precisely, the self-driving delivery cars will not work in fully-autonomous mode and instead, they will be driven by Ford safety engineers who will be accompanied by other researchers in the vehicle. According to the Vice President of Ford Autonomous Vehicles and Electrification, Sherif Marakby, the test simulates the car functions in autonomous mode and should help the company in further researching and developing its self-driving technologies before they will be ready for use on public streets. On the other hand, Russel Weiner, Domino’s Pizza USA President, added that the test will be primarily focused on the last 50 feet of the delivery experience. The company is interested in learning how people would react to this type of service, how willing are the customers to pick up their orders, as well as how they would approach the car and interact with the autonomous delivery vehicle using the external screens and speakers. More specifically, customers who will participate in the test will receive a unique code matching the last four digits of their phone numbers, and they will be able to track their order using the Domino’s Pizza smartphone application. The order will be delivered in one of Domino’s Heatwave compartments fitted on the vehicle which will be unlockable using a four-digit code issued to the customer.

Ford’s Marakby claimed in a recent interview with The Verge that this is only one of the first partnerships between Ford and other companies which will help the carmaker in improving and further developing its autonomous vehicles. “The human aspect is the most significant piece,” said Marakby, adding that this is why the technology needs to be developed in accordance to how humans interact to autonomous vehicles. Ford plans on launching its self-driving cars at scale through ride-hailing and ride-sharing fleets in 2021.