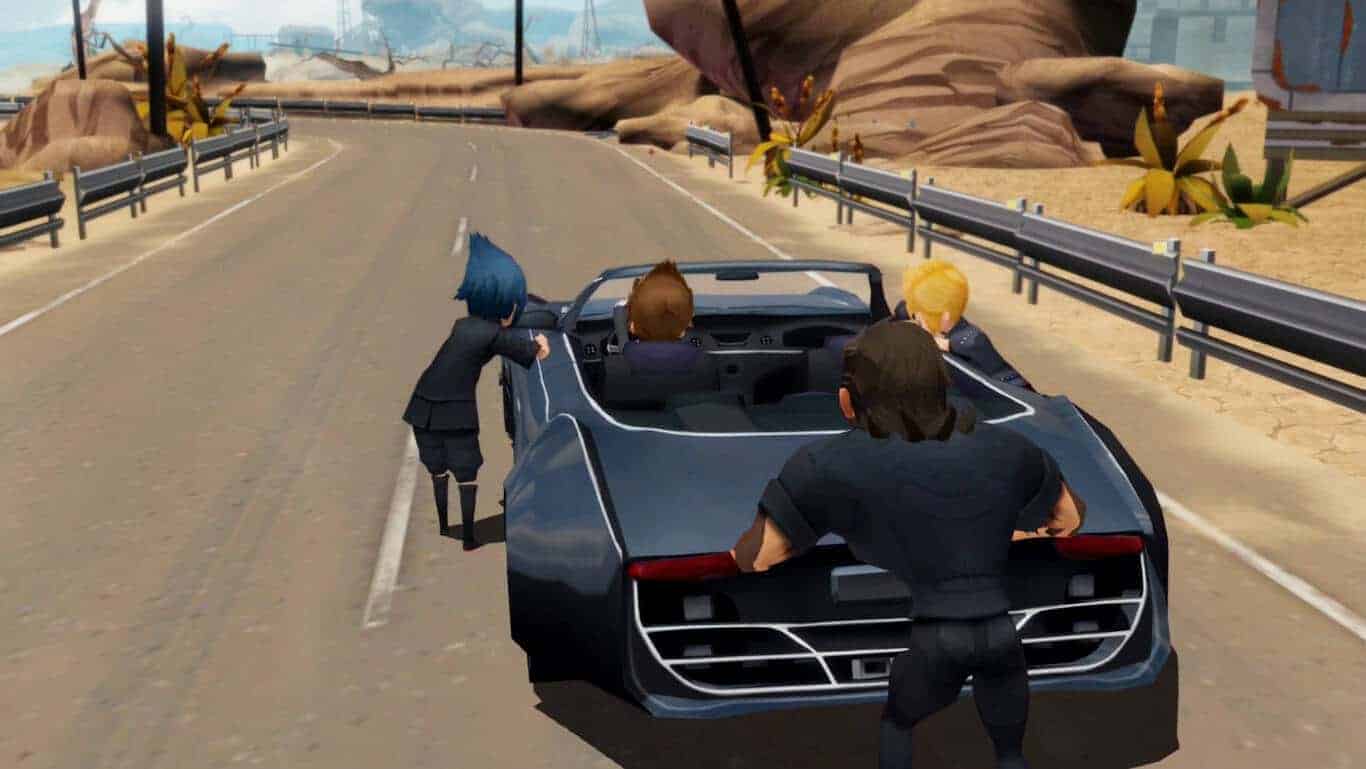 Final Fantasy XV is getting a mobile version for Android smartphones and tablets in the form of the Final Fantasy XV Pocket Edition, Square Enix announced on Tuesday. The developer has been putting out a lot of straight or enhanced ports of its popular games in the Google Play Store lately but this one will have some changes. Square Enix's press release was not entirely specific about whether there will be any major gameplay changes, but the graphics will have to take a hit since mobile hardware just isn't up to the task of PlayStation 4 and Xbox One level graphics yet. The new game is set to be released this fall but no firm launch dates have yet been revealed by the Japanese developer.

The trailer for Final Fantasy XV Pocket Edition shows what looks to be the same game, with the same iconic scenes and frenetic combat, but with a style more akin to the likes of Final Fantasy: Airborne Brigade and Kingdom Hearts Unchained X. Specifically, since the game is still in 3D, players can expect models that look a lot like the ones found in World of Final Fantasy, or the Nintendo 3DS version of the upcoming Dragon Quest XI. This seemed to be the only difference from the base game, though the trailer did not show off chibi versions of the main game's episodic story DLC, or additional downloadable items which may be skipped or come out at a later date.

Today's announcements did not mention the existing Final Fantasy XV tie-in mobile game. The same press release that announced Final Fantasy XV Pocket Edition also put down a firm release date of November 21 for Monsters of the Deep, the DLC that will allow Noctis and his friends to take a break from cruising around the kingdom and slaying monsters to do some fishing. Square Enix also officially announced Final Fantasy XV Windows Edition, slated for an early 2018 release. There's still no word on Mac or Linux ports, though if past games are any indication, players on those platforms will likely be able to play the game using the Wine compatibility layer, which could mean playing the PC version, albeit slowly and likely with some bugs, on Android. The new announcements were rounded out by Episode Ignis, which still doesn't have a fixed release date attached to it.