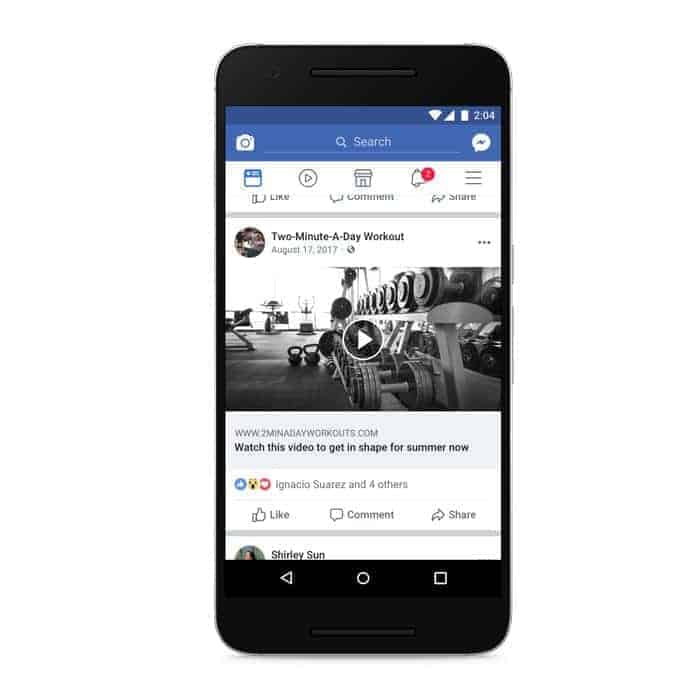 Facebook is implementing a new rule that could reduce the number and hamper the distribution of video clickbait. Video clickbait refers to the practice conducted by some publishers wherein they use fake play buttons or static images to spam users. For example, some publishers post articles with play buttons that, when pressed, will not play a video and instead, transfer the individual to a certain website. These websites are often of poor quality and may usually be considered as spam. Another practice that the social media giant frowns upon is the use of static images disguised as videos. These two examples violate the standards that the tech firm has enacted for video content on its platform, which states that videos distributed by content creators should set the appropriate level of expectation and be of decent quality. The aforementioned practices, according to Facebook, clearly deceive readers. Offending posts will be demoted by the search giant, which means that it will not be distributed in the platform's "News Feed" as much as other content that fully complies with the company's standards.

For those concerned that their content will be affected by the latest move by Facebook, the Menlo Park-based company has released tips on how to continue gaining readership without resorting to clickbait. Among these reminders is to share headlines that actually contain information about the contents of the article. Instead of withholding information, text prompts and calls-to-action may be used as alternatives to increase readership and community engagement. On the other hand, Facebook is also requesting publishers to avoid sensationalizing the headlines posted on its platform. The tech firm suggests that managing reader's expectations well is a key to developing genuine conversation surrounding the piece. More accurate headlines, according to the company, makes a bigger impact to its users.

Like its previous efforts, the company will take advantage of artificial intelligence to filter work that breaches the rules it developed. As low-quality content gets demoted on the news feed, the content creators that release legitimate and well-produced materials will likely experience an increase in viewership. Facebook, on the other hand, will benefit from the increased genuine conversation made through its platform.