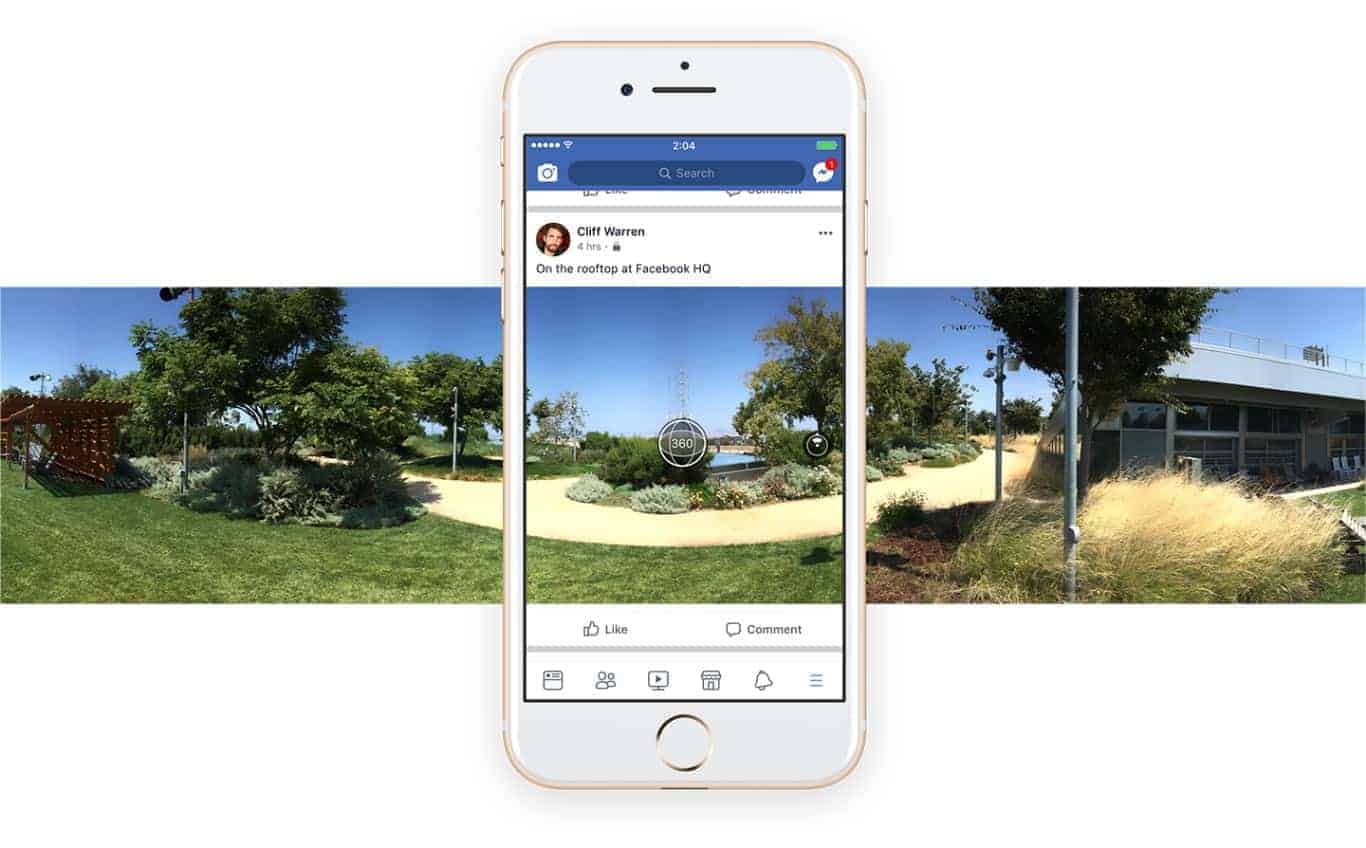 Starting today, an update to Facebook’s mobile app started rolling out for its Android users (iOS as well), adding support for taking 360-degree photos and using them as cover photos on this social network. Not only that, but this is the first major update to Facebook cover photos since they were introduced. The users can continue using their favorite image tools with 360 photos like tagging their friends in the panoramas, adding captions and posting them to their timelines or albums. Facebook is also promoting this function to page admins and publishers as a way to immerse their audience in an engaging experience and are offering Photoshop templates and guides for easy creation of 360 photos.

Being a big supporter of panoramic photos and videos, Facebook adopted this format during its infancy, allowing its desktop users to share both photos and videos captured in 360 degrees. Now that the functionality has come to mobile, users can create panoramas on the go or upload previously created photos by dedicated 360 cameras, Google Street View or certain Android phones. It’s worth noting that previously uploaded panoramas will not be converted to 360 photos and their authors will have to re-upload them in the correct format. Facebook made sure that taking 360 photos is as hassle-free as possible, making it into a fun experience with guides and a little bit of help by algorithms that stitch everything up into a spherical image. Users with the latest update will find a ‘’360 Photo’’ button at the top of their news feed, leading them through the process of taking the required photos until they have a complete panorama which then can be edited (options like starting view, caption and tags) and shared with their followers and friends.

Facebook states that every profile and page now has access to 360 photos, although only profiles can set them as their cover photos, and the users will have to update their apps to the latter version or use the desktop site to utilize and view this format of images. Also, 360 photos currently cannot be set as profile pictures. As for taking 360-degree videos, users will still have to acquire a dedicated piece of hardware that can capture the panoramic footage. 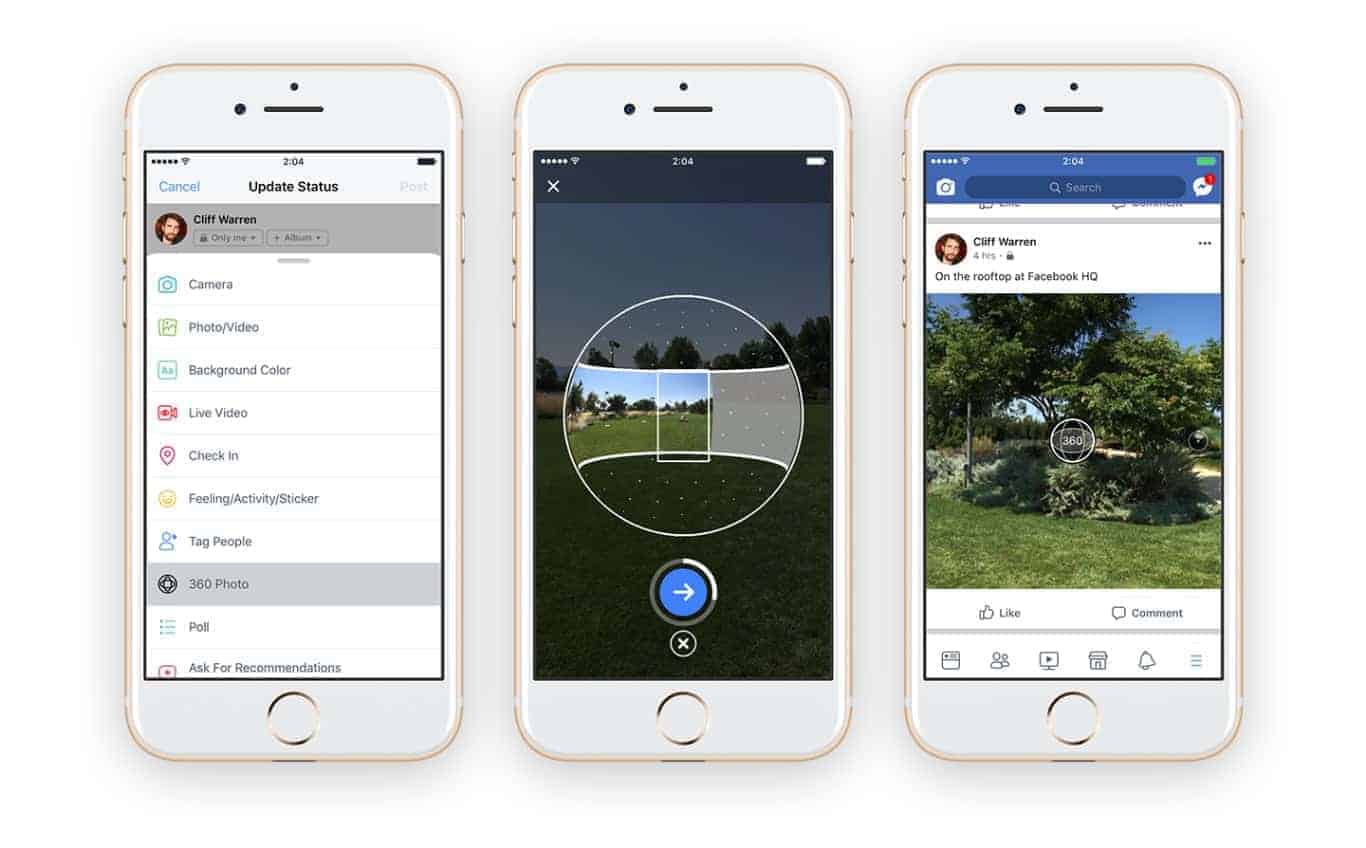