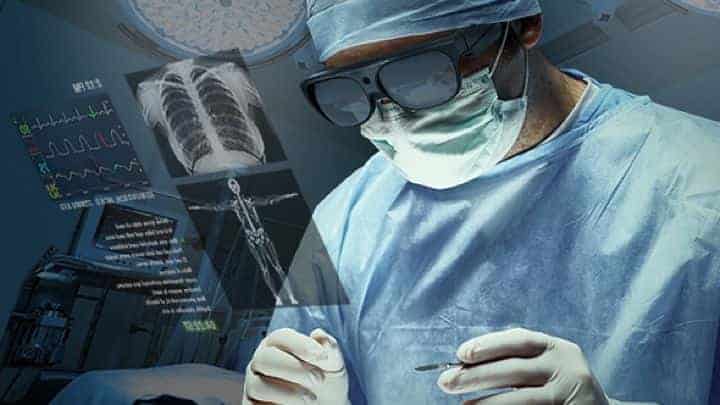 Augmented reality in the medical field is not an entirely new concept, but one Indiana surgeon by the name of Paul Szotek has taken the idea to new heights. After first being introduced to Google Glass in 2012 while he was working as an on-site physician at the Indy 500, Dr. Szotek has escalated his own use of AR technology and championed its use by his coworkers to the point that he now uses it during hernia surgeries at the clinic where he works, and even relies on it to train student surgeons.

During surgeries, offsite consults are usually called on the phone, and can't look directly at the surgery in progress. ODG augmented reality specs are able to record the surgery and stream it to an outside party in high definition, up to 4K with the most premium model, and can give the wearer a digital, reactive display at the same time. This means that Dr. Szotek can use AR technology to show outside consults exactly what's happening during a surgery, and get advice in real time, or even annotated images. That same technology can be used to show the surgery to trainees as it's happening, and allow Paul to explain to his trainees exactly what he's doing, why he's doing it, and what the expected and possible results are. Essentially, it's the next best thing to actually learning by doing.

While current tech allows for revolutionary practices, Dr. Szotek envisions something a bit more advanced in the near future. One example he named is being able to see your patient, the view from a laparoscopic camera, and the patient's chart, all at the same time. Unfortunately, experiments thus far in combining AR streams have proven too unstable for any real-world use, let alone to be used in something as precise and time-sensitive as surgery. Google Glass in particular has found new life outside of the consumer space, but high-end applications like what Szotek is doing may require somewhat more high-tech solutions. Google Glass is fairly minimal, and while handy for displaying some information in a heads-up-display format, its camera resolution is somewhat low and it does not have a large enough display for some more advanced uses.