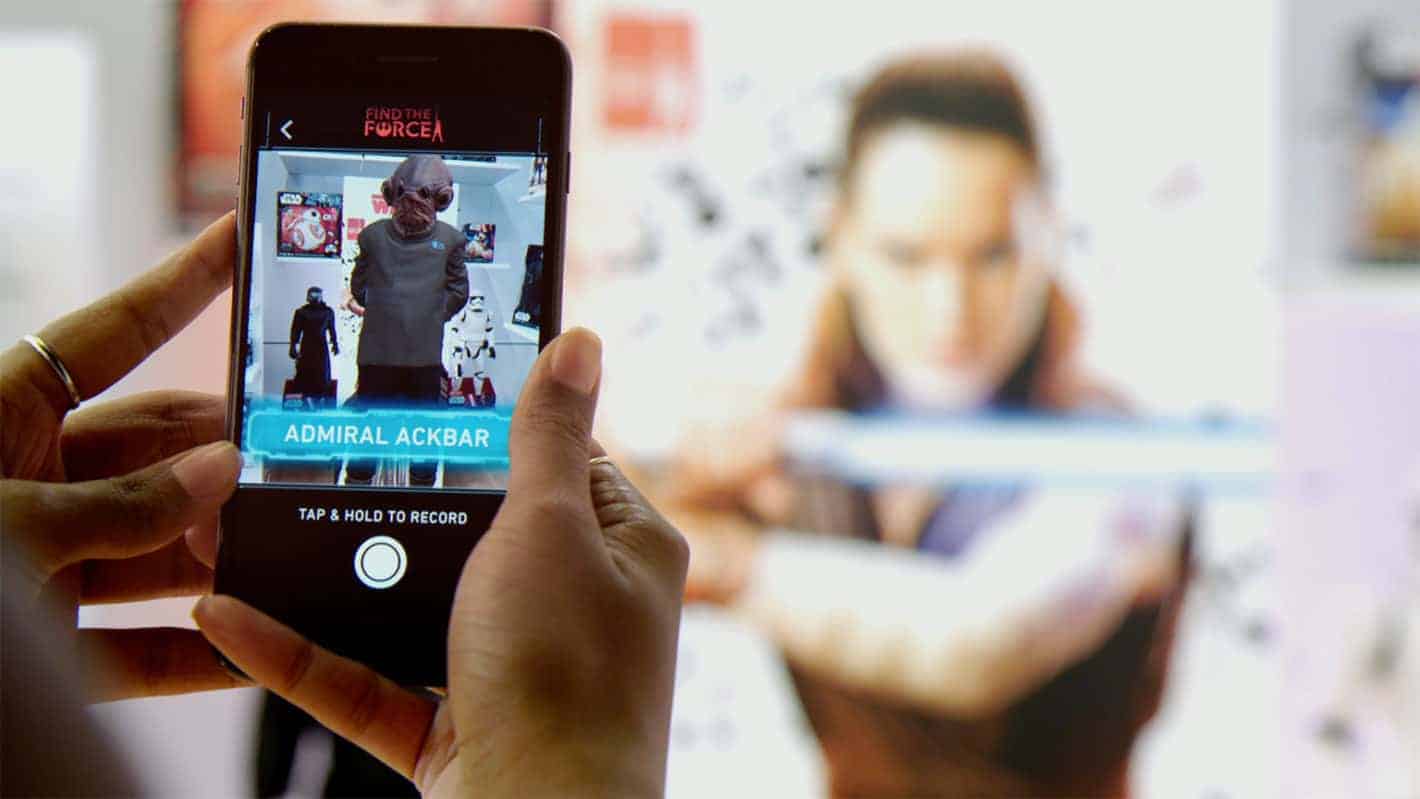 Earlier this week, Disney and Lucasfilm announced a new augmented reality (AR) event in the form of Find The Force, a global happening that’s scheduled to start on September 1 and celebrate both the Force Friday II day and the related release of Disney’s latest product lineup inspired by the upcoming Star Wars movie – Star Wars: Episode VIII – The Last Jedi.

The AR experience will task players around the world with uncovering a wide variety of virtual treasures which Disney and Lucasfilm scattered across 20,000 retail outlets in 30 countries. While the two have yet to reveal which countries will be encompassed by Find The Force, the United States will almost certainly participate in the event. People who find themselves in the vicinity of eligible locations marked with an accompanying logo will be able to use the cameras of their smartphones to inspect a broad range of Star Wars characters which they’ll be able to photograph and record, the companies said, encouraging fans to share their findings on social media. The experience itself will take place within the main Star Wars app which can be downloaded from the Google Play Store free of charge, though only the latest version of the service which was released on Wednesday will support it, so anyone looking to participate in Find The Force should make sure that their tool is up to date, the firms said.

The three-day event will run until September 3, with five new characters being set to appear at different locations every 24 hours. The exact specifics of the digital collectibles that Find The Force will be offering to users are yet to be revealed, though some kind of short character biographies are seemingly part of the treasure package that Disney and Lucasfilm have prepared for next Friday. The latest version of the Star Wars app that you need to participate in Find The Force is compatible with Android 4.2 Jelly Bean and later versions of Google’s mobile operating system, so it should work on the vast majority of today’s smartphones. Star Wars: Episode VIII – The Last Jedi is set to debut in theaters on December 15, two years and a day since the premiere release of the previous main entry in the long-running space opera.