Chromebooks may get Google Assistant support for stylus pens, and although it might be a while before this type of support surfaces, a new feature which has shown up in the Dev Channel for Chrome OS points to users being able to activate Google Assistant from a stylus, though for this to work it may very well need a stylus pen that is also designed on the hardware side of things to allow for interaction with Google’s digital assistant.

In the screenshot below which was captured by Chrome Unboxed, a new option has surfaced under Stylus Tools (which in itself is a set of options that isn’t readily available on the stable builds of Chrome OS as it’s a flag that you have to enable), that is labeled as “Assistant,” which would seem to suggest that Google Assistant will be accessible right from the stylus for some Chromebooks. Google Assistant on Chromebooks is no big secret at this point if you follow the news on the Chrome OS powered laptops, as it’s been rumored for a while that Google Assistant would be worked into the operating system at some point and that some Chromebooks would even end up coming with a Google Assistant hardware key positioned on the keyboard. Activating Google Assistant from a stylus pen though, that’s something that’s entirely new and seems to be recently added as of the latest update to Chrome OS Dev Channel.

At the moment the feature doesn’t appear to work, as it was reported that the feature never ended up loading and it didn’t allow for any sort of action, so it’s more than likely still in development with access only available to Google employees internally. For those with Chromebooks though, the notion of being able to access Google Assistant from a stylus could be an exciting one if you’re the type to utilize a stylus as much as possible. If this feature ever makes it into a stable build of Chrome OS, it would seem Google is keen on making Assistant as accessible as possible to those on the platform, making it possible to access it by voice interaction, with a hardware key, and now seemingly with stylus support at some point. 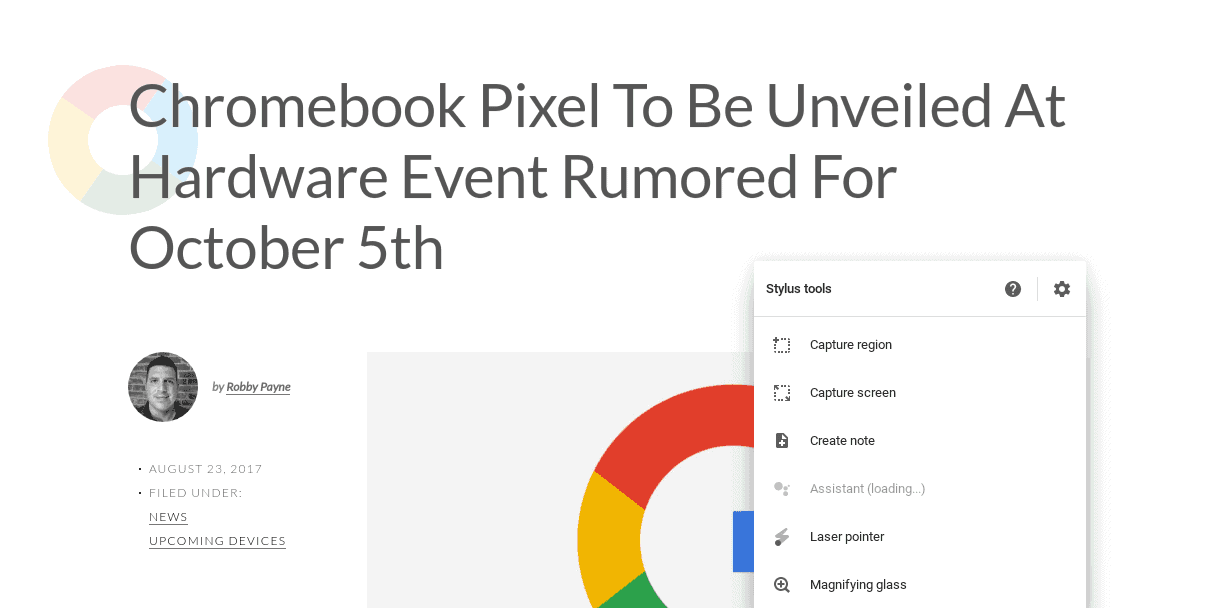