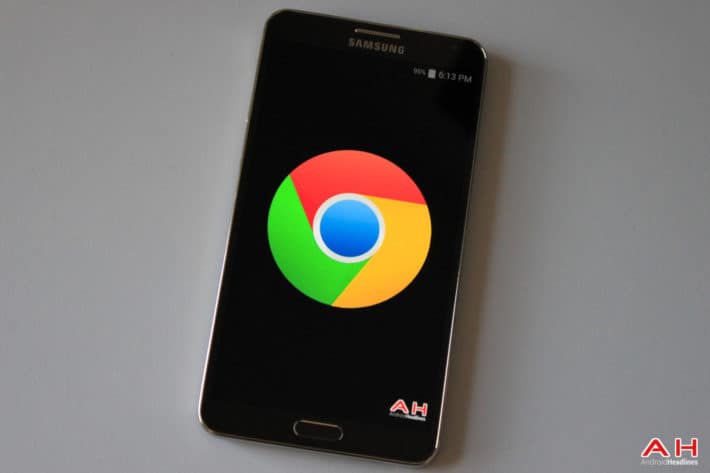 Chrome beta is beginning to use a new Home UI as the default design for some users when they open up the browser on their Android devices. That said it isn't appearing for everyone, so it's likely that this is something Google has to enable on the server side, which is quite possibly the reason for it only showing up for some users. Now that it's showing up by default in the beta version of the Chrome Android app though it's possible that it will start making its way to the stable version of Chrome in the near future.

If you're not using Chrome beta on Android, or if you are and the new Chrome Home interface still isn't visible, the same UI design trait is showing up in Chrome Dev for anyone that uses that version of the browser so it's still possible to check things out if you feel like giving it a go before it eventually rolls out as a standard option to enable it, or before Google simply makes it the new default view in Chrome stable.

As far as what's different about the new Chrome Home UI, the most obvious visible change is the address bar showing up at the bottom of the screen instead of at the top as you can see in some of the images below. Another visible change is the inclusion of a new tab interface which has buttons for Home, Downloads, Bookmarks, and History, allowing you quick and easy access to any of those parts of the browser without having to open up the overflow menu (the three dots button in the top right corner of the app), which undoubtedly going to be a much quicker and more efficient way to interact with those parts of Chrome. Since this is still in beta it could be a little while before Google rolls this out to all users on Chrome, but now that it's rolling out to more beta users it's likely to be close. If you don't have Chrome beta installed and you want to see if the new design shows up, you can grab the app from the button below.