At this year’s IFA event, CAT introduced an upgrade to the CAT S30 in the form of the CAT S31. Along with that device, the company also introduced a second new smartphone, the CAT S41. Like the CAT S31, this new S41 model is a direct follow-up to the CAT S40 smartphone from 2015. Which means it not only comes with the same rugged build quality and advanced level of protection on offer with the S31, but also with an upgrade in specs for those looking for a more premium handset with the CAT name attached.

The big selling point with the CAT S41 is the battery life as this smartphone comes packed with a 5,000 mAh battery. One which is designed to last, with CAT suggesting that up to 44 days of standby time is possible with the included battery. This equates to about 38 hours of 3G talk time. So whether the phone is in use a lot, or simply there for when it is needed, it is designed to remain powered for as long as possible. Likewise, the CAT S41 also includes the company’s ‘Battery Share’ functionality, meaning the CAT S41 can double as a power bank and power devices that are attached to it through the included cable. 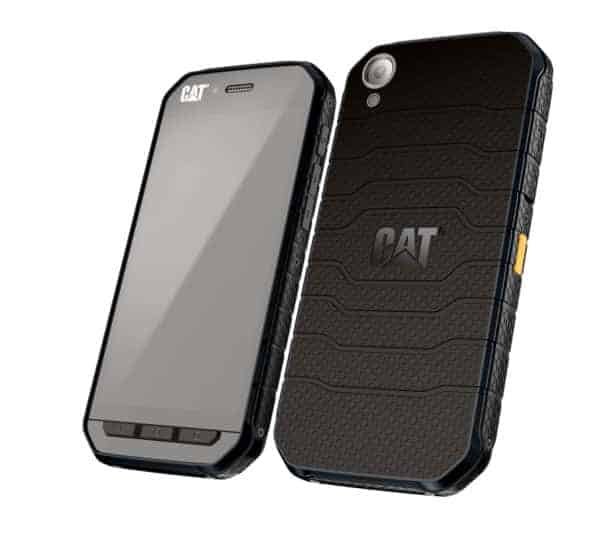 Moving on to its general build quality and design and like most devices from the company, the CAT S41 features a wealth of protection specs. Most notably the inclusion of an IP68 certification for protection against dust and water. When it comes to the latter, this means the CAT S41 is capable of being submerged underwater up to a depth of 1.2 meters and for as long as 30 minutes. Adding to that, this smartphone is also protected against drops up to a height of 1.8 meters. The sum of which, means this smartphone is not only designed to last when it comes to battery, but is designed to last regardless of the environments or situations it finds itself in.

As for the rest of the now-confirmed specs, the CAT S41 features a 5-inch display along with a 1920 x 1080 resolution. Inside the CAT S41 comes loaded with 3GB RAM, 32GB internal storage, and is powered by a MediaTek octa-core processor (clocking at 2.3 GHz). Cameras include a 13-megapixel rear camera and an 8-megapixel front-facing camera. Both of which also can be used with an underwater mode setting. Additional features on offer include 4G LTE support, VoLTE support, microSD support (up to 2TB), a programmable shortcut key, and Android 7.0 (Nougat). Unlike the CAT S31 (at present no confirmed release date), CAT has confirmed that the CAT S41 is available to order from today (August 31) and at a cost of €449 ($538). Although specific details on regional availability have yet to be announced.