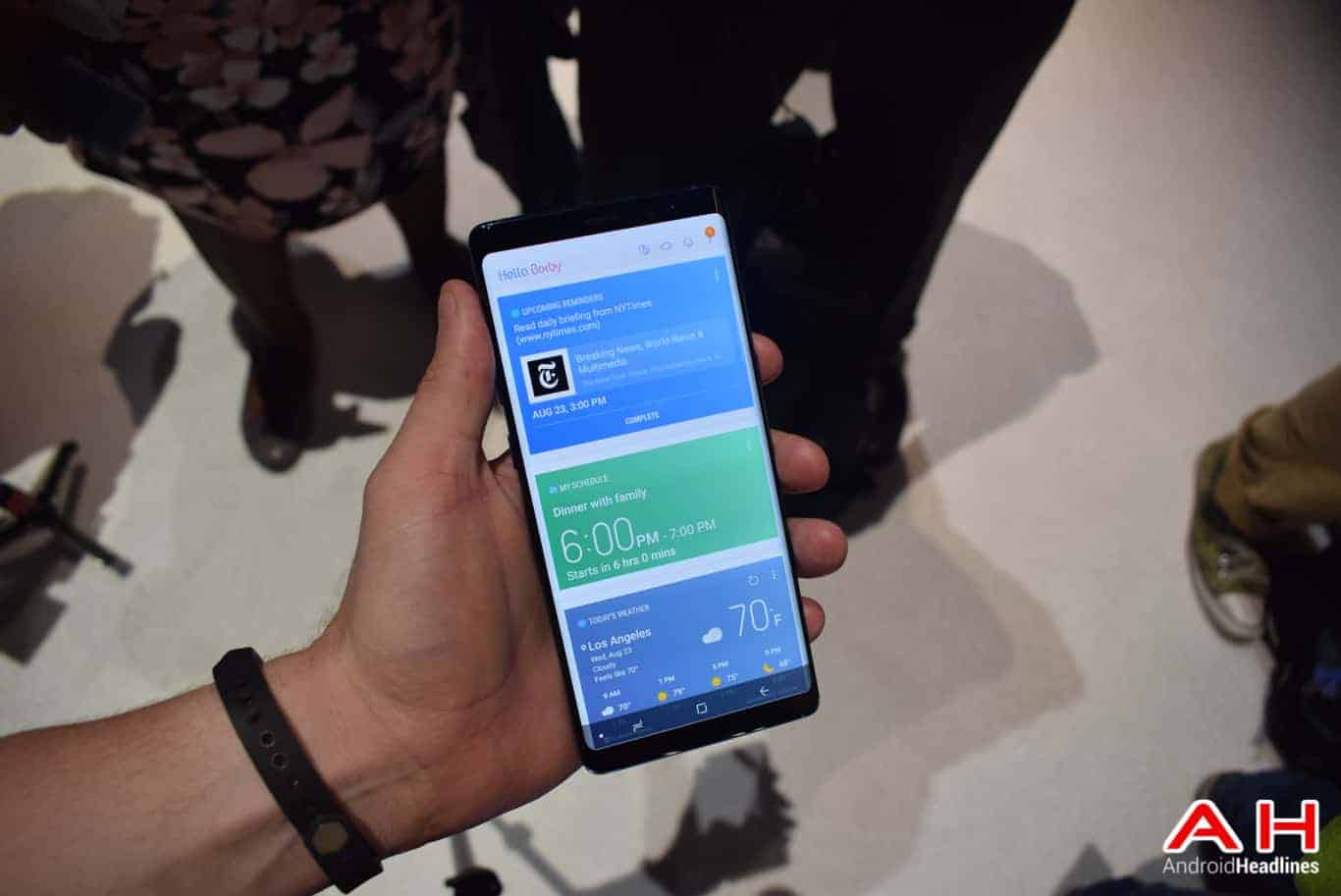 The Samsung Galaxy Note 8 is finally official, and pre-orders are now open. Samsung has its newest smartphone available at a slew of places right now, which are doing pre-orders with various free gifts included. Below, we’ve broken down the places where you can buy the Galaxy Note 8, and which place might be the best to grab one.

The Galaxy Note 8 at AT&T will cost you $950 outright, or you can pick it up on AT&T NEXT 30 for $31.67 for 30 months, and both black and Orchid Gray will be available. Pre-orders are open now and will be shipping on or before September 15th – which is the global release date. AT&T is also offering a choice in free gifts, which includes the choice of either a Gear 360 or the convertible wireless charging dock and a 128GB micro SD card.

At Sprint, you can find the Galaxy Note 8 in black and Orchid Gray, and it’ll cost you $960 outright. Sprint is offering 50% off of its FLEX leasing though, which can get you a Galaxy Note 8 for just $20/month. That’s a great price for those that are going to stick with Sprint for the next two years. Sprint is also offering up the same free gifts as the other carriers, which includes the 256GB micro SD card and the choice of the Gear 360 or a wireless charger.

T-Mobile has opened pre-orders, and the Galaxy Note 8 will cost $930 at full retail over at the Un-carrier. Those that want to get it on EIP can expect to put a down payment of $210 down and then pay $30/month for 24 months. Those that want to get it on JUMP! can get it for $0 down and $39/month. Customers can also get either a Gera 360 camera for free or the wireless convertible charging dock and a 128GB micro SD card.

Big Red has the Galaxy Note 8 up for pre-order today with it shipping on or before September 15th, it’s available in both black and Orchid Gray here as well as with the other carriers. Verizon’s price tag is $960 outright or $40/month on Verizon Edge for the next 24 months. On top of that, all of the usual gifts are included, which includes the choice of either the Gear 360 camera or the wireless convertible charger and a 128GB micro SD card.

There are plenty of places to go and pick up the Galaxy Note 8 right now. And they are all shipping on September 15th, which means that none of these carriers is really a better choice over the other – in terms of when you’ll get your device. However, T-Mobile does have it for the lowest price, just $930, compared to AT&T being $950, Sprint and Verizon being $960 each.