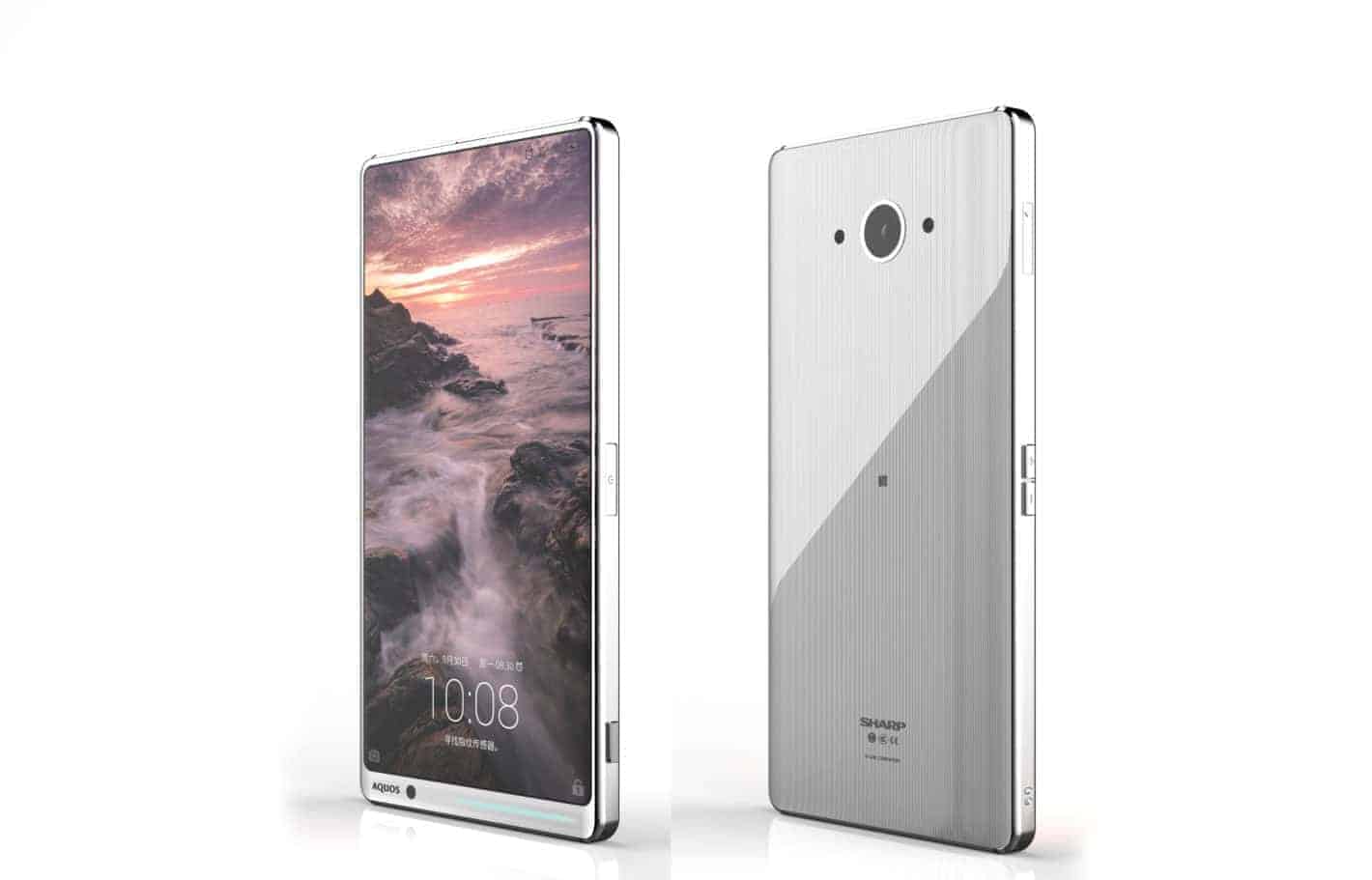 Two renders depicting what’s said to be a new bezel-less smartphone from Sharp emerged on the World Wide Web earlier today, having originally been shared on Chinese social media website Weibo. The device shown in the images that can be seen above bears the company’s Aquos branding and sports a nearly bezel-free design, save for having a slim bottom bezel which surprisingly houses what looks like a front-facing camera. The handset looks somewhat similar to the Sharp Aquos S2 that the Japanese original equipment manufacturer (OEM) announced earlier this month, though its screen-to-body ratio is even higher and both of its imaging systems seem to be different; the aforementioned secondary camera on the bottom replaces the one situated within the screen itself, whereas the primary camera module of the handset doesn’t rely on two sensors. The single lens featured on the back plate of the new device seems to be accompanied by two dual-LED (dual tone) flash units and the handset itself apparently lacks a heart rate monitor and a fingerprint sensor.

The single lens featured on the back plate of the new device seems to be accompanied by two dual-LED (dual tone) flash units and the handset itself apparently lacks a heart rate monitor and a fingerprint reader. Considering the images in their entirety, it’s highly likely that this particular device is merely a concept render instead of a leak, though its source presented it as the latter.

Sharp has been pursuing bezel-less smartphone design for a while now and has seemingly ramped up its efforts to do so once this look became more popular this year, with Samsung releasing the Galaxy S8 series and LG introducing its G6 and Q lineups. Huawei, Xiaomi, Apple, and a number of other OEMs are expected to release more similar devices later this year and Sharp may very well end up following suit. Bezel-free designs have lately been accompanied by tall image formats and the newly uncovered Sharp Aquos model also seems to be in line with that trend, as the display panel of the handset apparently features an 18:9, i.e. 2:1 aspect ratio.