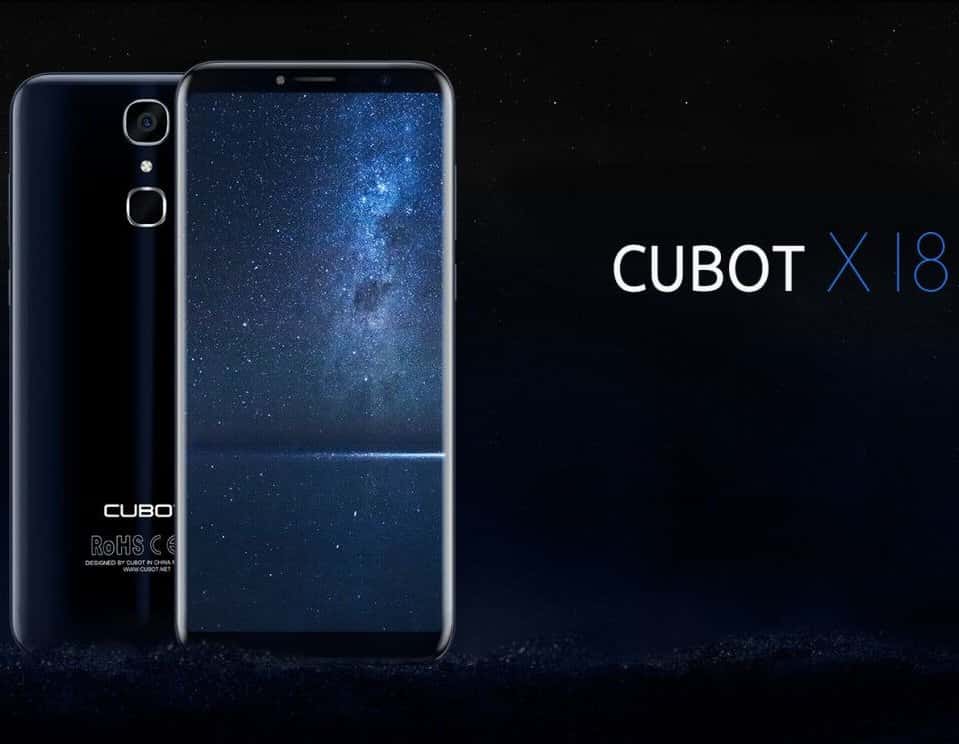 Cubot is a China-based company which manufactures affordable smartphones and wearables, and one of the company's upcoming smartphones has just surfaced, the Cubot X18. This handset, as you can see in the provided images, resembles the Galaxy S8 and Galaxy S8 Plus quite a bit. The device, at least based on these renders, will either sport a curved display on the sides, or its display will be flat and a curved glass will be included on top of it, though the second variant is more probable. It's also worth noting that this phone's bezels will be extremely thin. The Cubot X18 will ship with an 18:9 ratio, at least based on the provided info, and the phone will be made out of metal and glass.

As you can see, this handset will ship with a rear-facing fingerprint scanner, and a single camera on the back. Now, some of its specs have also surfaced, and if the source is to be believed, the Cubot X18 will ship with a 5.7-inch display which will come with an 18:9 aspect ratio. MediaTek's MT6737T 64-bit quad-core SoC will fuel this handset, which essentially means that it will be quite affordable. The Cubot X18 will pack in 3GB of RAM and 32GB of native storage, while its rear-facing camera will be interpolated to 16 megapixels, which probably means we're looking at a 13-megapixel sensor here. As far as the front-facing shooter is concerned, we're looking at a 13-megapixel interpolated camera, so an 8-megapixel sensor is probably included on the inside. Android 7.0 Nougat will come pre-installed on the Cubot X18, and if the source is to be believed, this smartphone will be announced before the end of this month.

Cubot had recently introduced the Cubot Magic smartphone, which was inspired by the Huawei Magic, and now the Cubot X18 which is obviously taking some cues from the Galaxy S8 handsets. The Cubot X18 looks really sleek in the provided renders, though it remains to be seen what will it look like in real life. The Cubot X18's price point is still unknown, but the device will be quite affordable, as it comes with an entry-level chip, and we're used to seeing really affordable phones from Cubot. This device will almost certainly cost less than $200, though it remains to be seen what will its exact price point be.

UPDATE: Our sources say it will cost around $150.