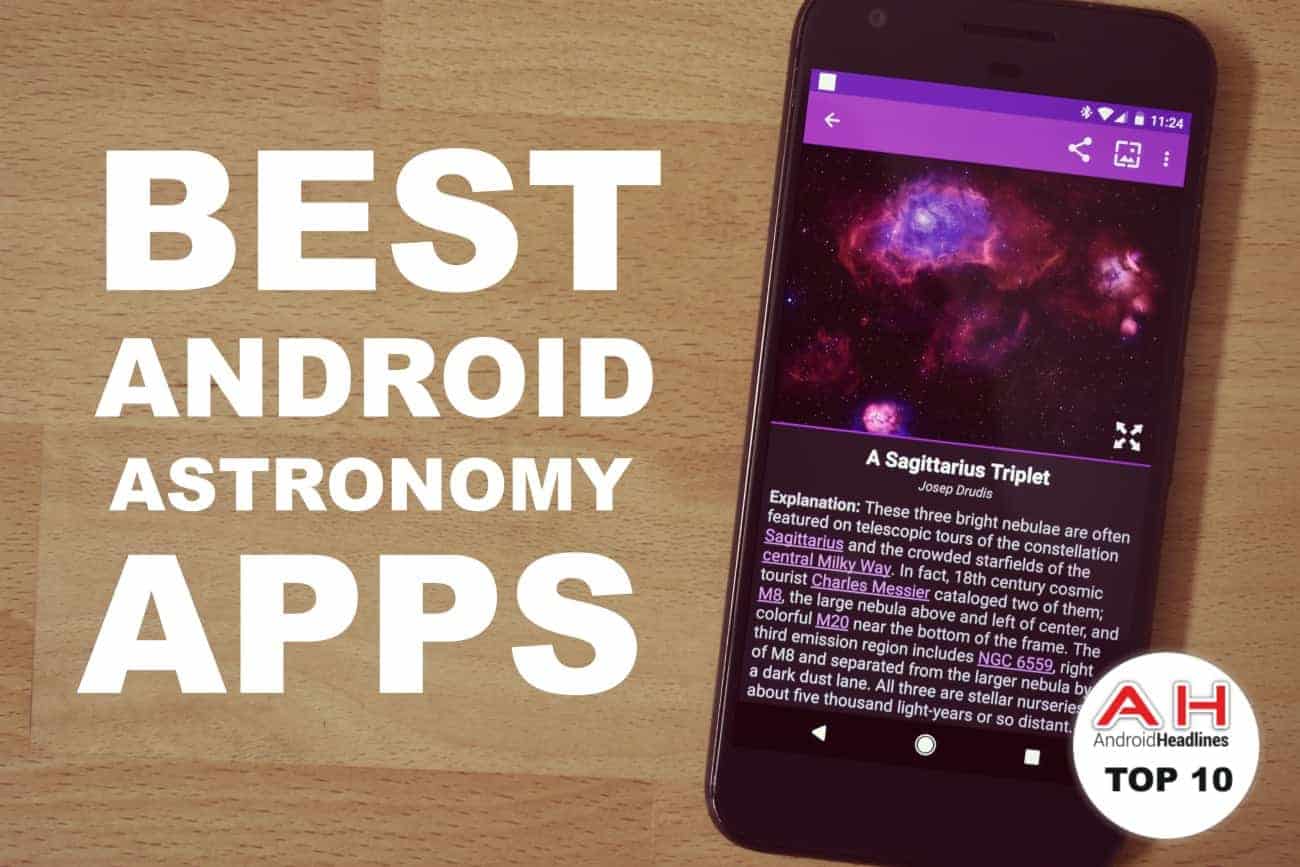 Whether you have a general interest in learning everything there is to know about the stars and the sky in which they sit, or you just like looking at the stars and seeing the different constellations, there are tons of astronomy apps on Android which can help you set out to do just what it is you're looking to do. Here are ten astronomy apps worth looking into that just might catch your eye. 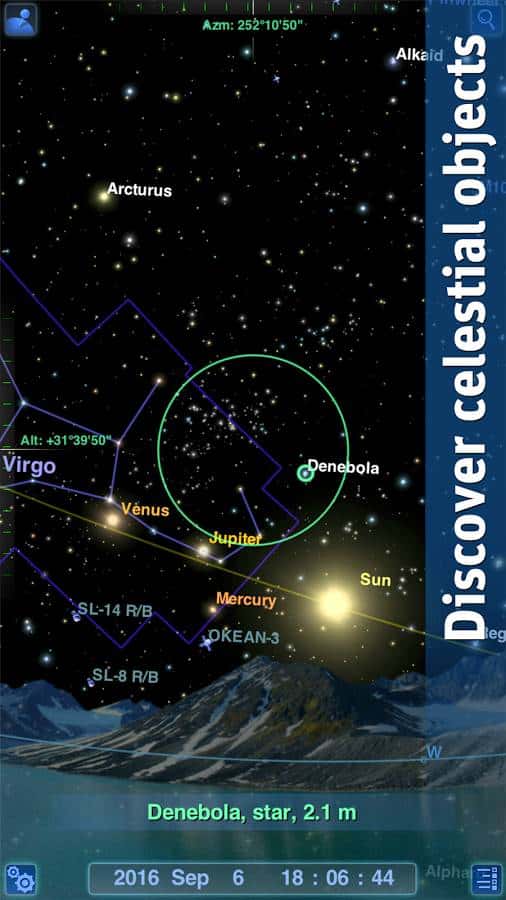 Kicking off this list is Red Shift – Astronomy, which offers things like 3D flights, allowing you to more or less take a walk around the solar system, as well as the ability to browse more than 100,000 stars and 70,000 deep sky objects. This is a free offering and it appears to have a pretty good rating with lots of available information. 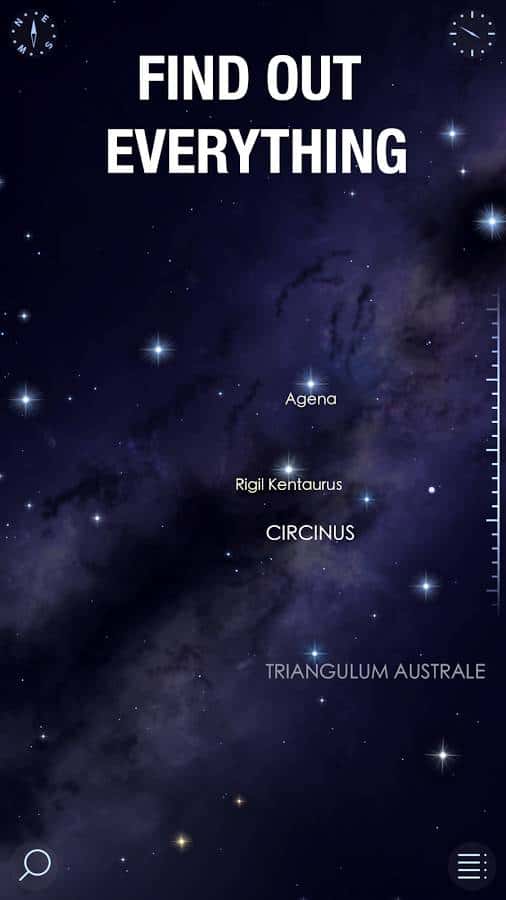 Star Walk 2 Free is probably one of the nicest looking Astronomy apps you'll find on the Play Store. The user interface looks great and is easy to navigate, but in addition to looking good it also offers up a lot to make it functional. While it has a standard view of the interactive sky map that lets you look at the stars in the sky at whatever time it is currently, it also offers a feature that lets you go forward or backward in time to view the stars in the sky at that particular time as well. It even has an augmented reality view. 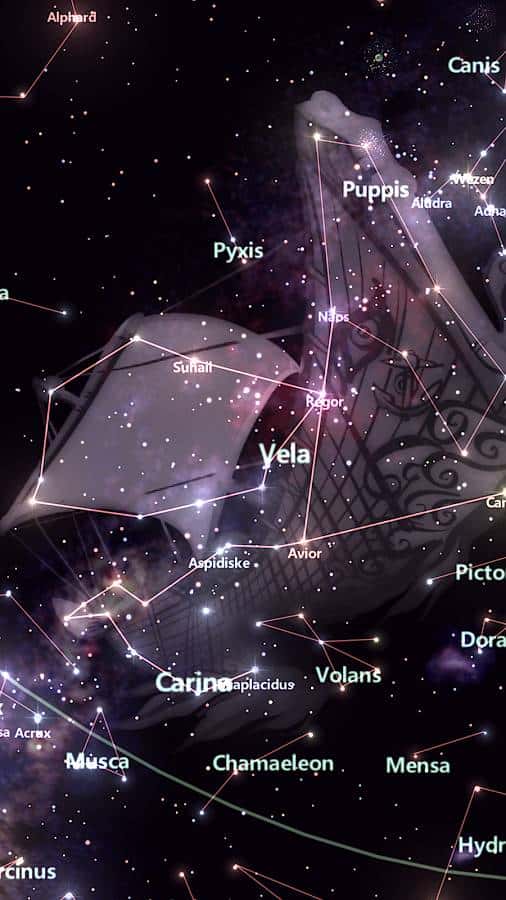 Another great option is Star Tracker, which boasts all offline data meaning you can view the stars anywhere you want even if you aren't connected to the internet. The app features more than 8,000 visible stars, and there is also a pro version upgrade to remove ads and add the time machine menu and location menu. 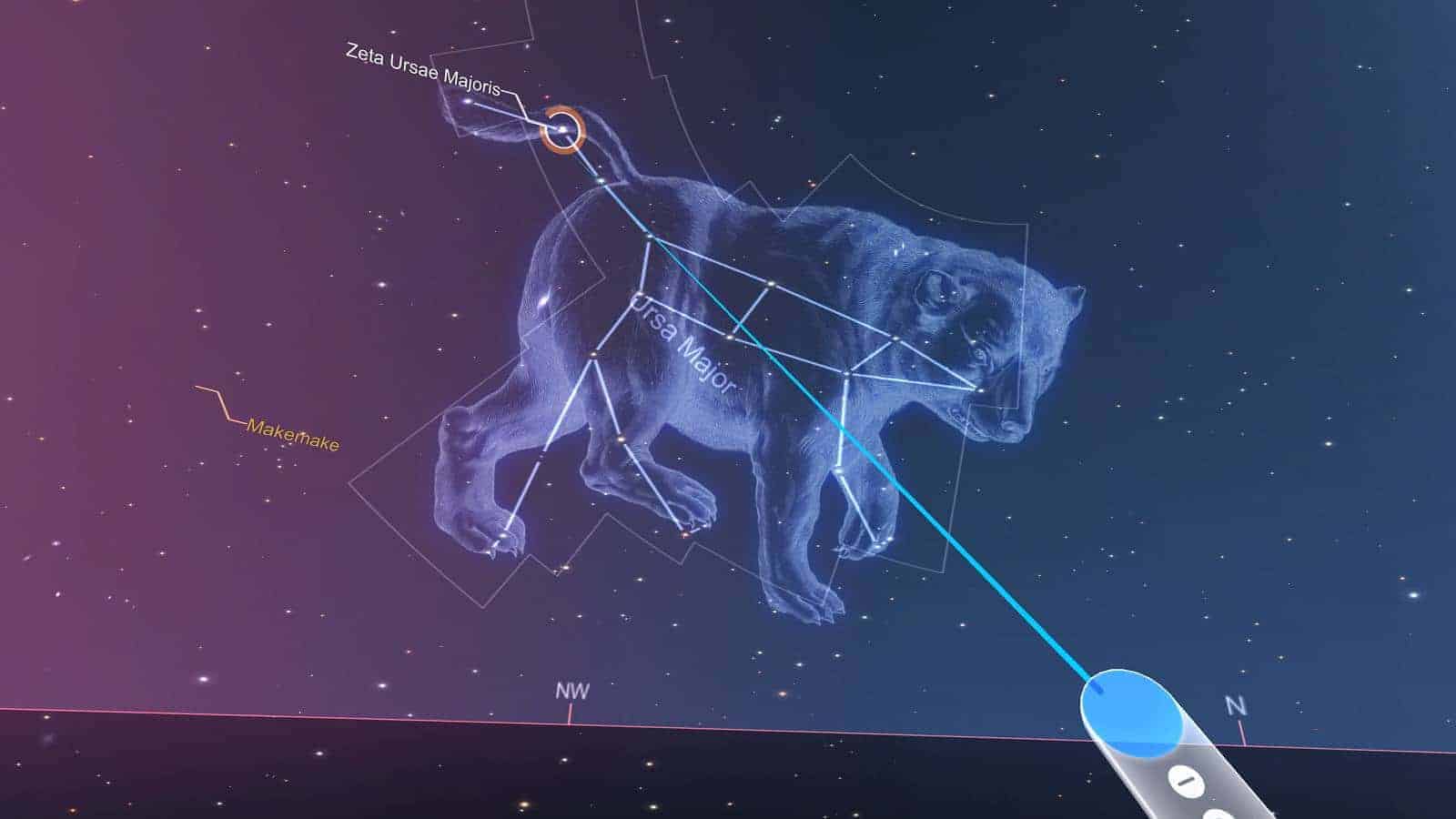 Star Chart is a great app that has been available on Android for some time and the original app has some great features, but with the advent of Google's Daydream platform and the Daydream View headset, Star Chart VR takes all those great features and allows you to experience them in virtual reality. This is definitely one worth taking a look at if you have the proper hardware. 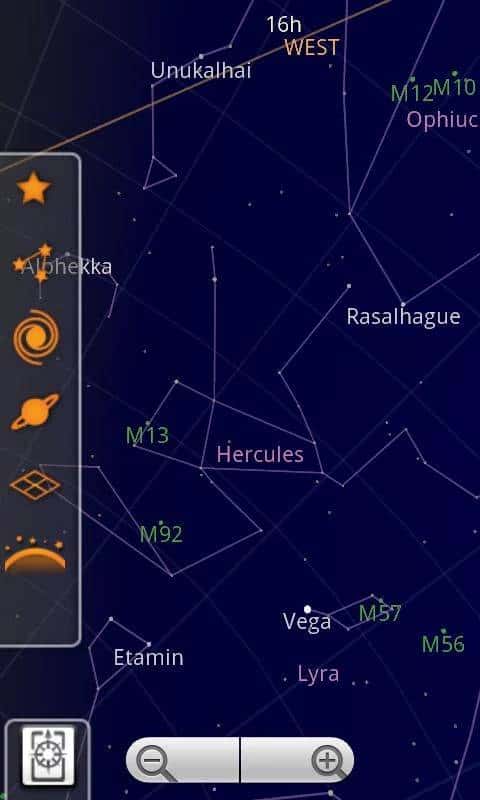 This started as Google Sky Map and has been around forever. Now just Sky Map, and updated as recently as last Fall, this is one of the more basic and basic looking apps for Astronomy that you'll find, but it works well and allows you to use your phone's gyro to view the stars, constellations, and planets. 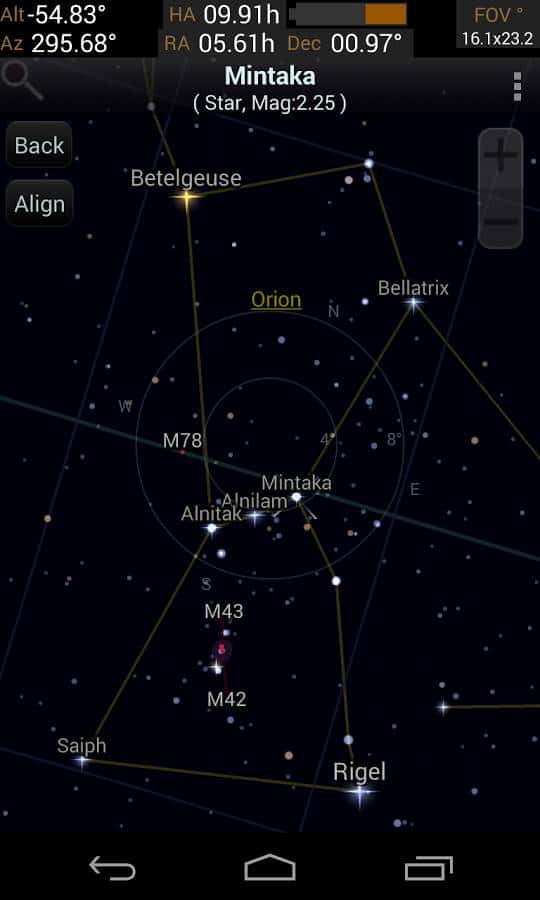 If you're looking for something a little more advanced than Sky Map, look no further than SkEye. It seems like it has it all, with the time machine feature, a night mode, tons of solar system objects to view, and options for a few different color themes. 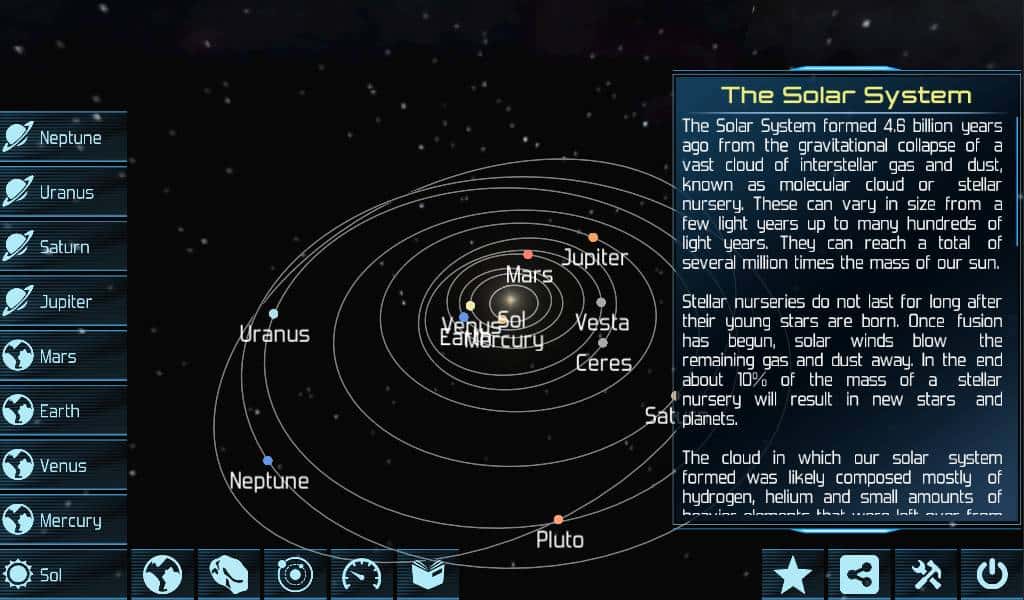 This one seems more focused on the solar system and the planets than stars and constellations, but it's got a nice UI, HD graphics with music, and plenty of information on each of the things you can view within the app to make it a good tool for learning. The images used are also images that were taken by NASA telescopes.

Astronomy Picture Of The Day 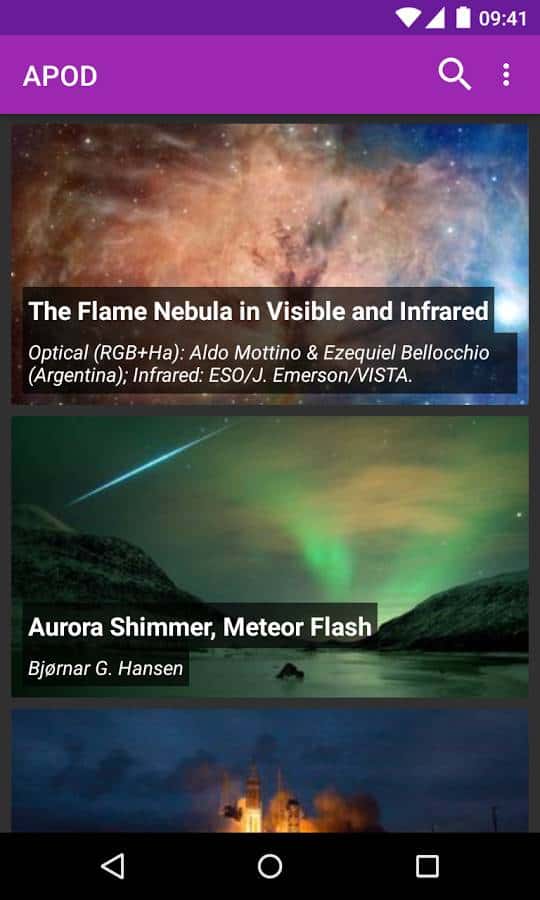 Just because you're not currently looking at the stars and planets using one of these other apps doesn't mean you can't still view images that have to do with Astronomy. This app sends you daily images of Astronomy pictures that were taken by NASA, and offers the ability to download the image so you can set it as your background if you want. The app UI is even material design so it's pleasing to look at. 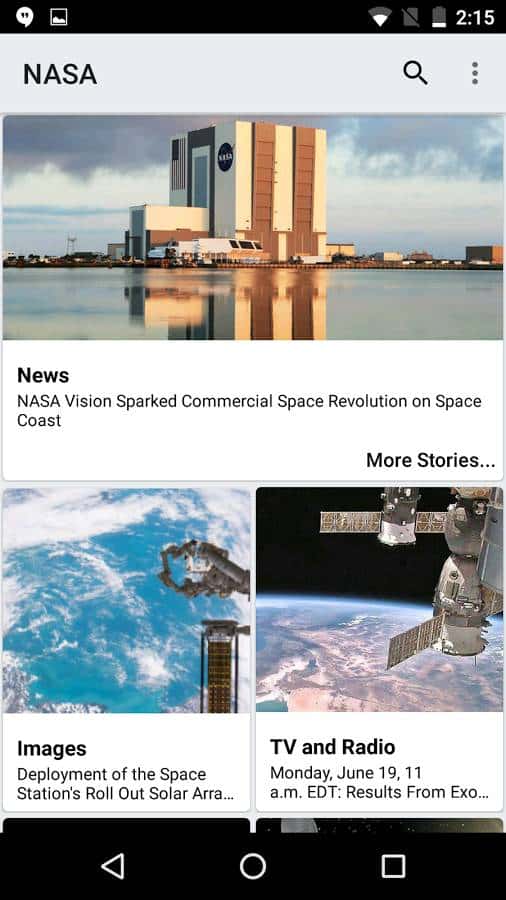 This wouldn't be an app list for Astronomy apps if the NASA app wasn't included, and while not completely focused on Astronomy you will find some Astronomy-related content here, as well as plenty of other space-related content like live NASA TV, access to over 16,000 images, and much more. 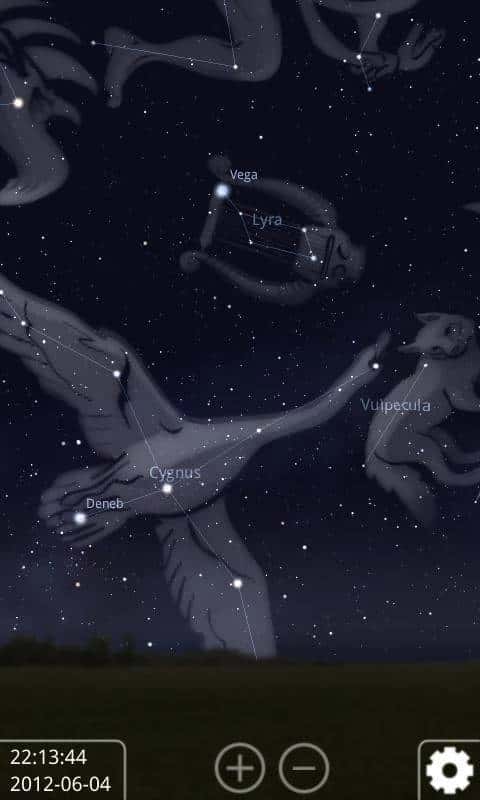 Last but not least is Stellarium Mobile Sky Map. Boasting one of the largest collections of stars to view, reach over 600,000, you'll be hard pressed to find something as extensive than what you'll get here. Stars are zoomable and you can view a 3D rendering of the solar system any time you want. It's also got a night mode and GPS positioning.