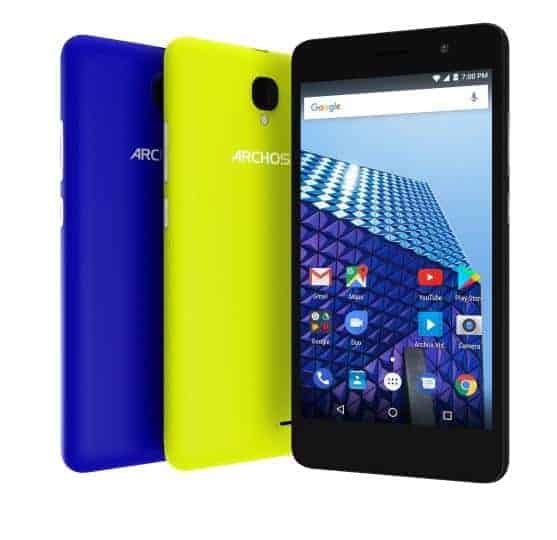 French electronics manufacturer ARCHOS has now unveiled no less than three entirely new ranges of smartphones and at least one tablet, which it will be providing a hands-on look at during the IFA conference. The devices themselves are priced to fall into the budget-range of the industry and are expected to hit the European market this year. The newly announced ranges will be marketed under the ARCHOS Access, Core, and Sense brands.

First up are the new ARCHOS Access and Core-branded devices. Access devices will start out at around €49.99 to €79.99 and will be available in 4-inch, 4.5-inch, 5-inch, or 5.5-inch variations – with black, blue, or yellow color schemes available. Each features an as-yet-unnamed quad-core SoC that’s been backed up by a budget-friendly 1 GB of RAM and 8 GB of microSD-expandable storage. They also feature, depending on the model, either a 5-megapixel or an 8-megapixel main shooter on the back which is offset by a 2-megapixel selfie camera. Power for the devices will be provided by batteries ranging from 1,200 to 2,300 mAh in capacity. Meanwhile, the ARCHOS Core-branded devices – the ARCHOS Core 50 – feature a 5-inch ISP display, which will be housed in a black, gray, or red metal casing. Those will be driven by quad-core processors, backed up by either 1 or 2 GB of RAM, depending on the model chosen. Each has 16 GB of internal storage which is microSD expandable. Camera technology, as with the Access-branded devices, will also depend on which model is chosen. One variation will feature a 13-megapixel sensor at the back, with a 5-megapixel sensor at the front – while the other features an 8-megapixel main shooter and a 2-megapixel selfie camera. Each core model will be powered by a 2,000 mAh battery. Pricing for ARCHOS Core devices will be at less than £100. Both new ranges are also expected to ship with pure Android 7.0 Nougat.

Finally, ARCHOS also provided some information about its new Sense lineup with its Sense 47X smartphone and Sense 101X tab. Both Sense devices are also expected to be available in October. With a retail suggested price of only €129.99, the Sense 47X is a smartphone set to launch with a quad-core processor, backed by 1 GB of RAM and 16 GB of expandable storage, packed behind a 4.7-inch IPS HD display. That will be driven by a 3,000 mAh battery. The handset will also feature a 13-megapixel rear camera and a 5-megapixel front shooter. Aside from that, the ARCHOS Sense 47X is ruggedized to IP 68 standards and the company says it can withstand drops from more than a meter. On the other hand, the Sense 101X is a 10.1-inch rated tablet, featuring a quad-core SoC that’s backed by a respectable 2 GB of RAM. Storage is ramped up to 32 GB, which is also expandable by microSD. The tablet has a camera both front and back, rated at 2-megapixels and 5-megapixels respectively. That’s all powered by a 6,000 mAh battery. The ARCHOS Sense101X will also start out at a reasonable €199.99 and more information about each of the above-mentioned devices is expected to become available over the course of the IFA event – and as the release of each device approaches. 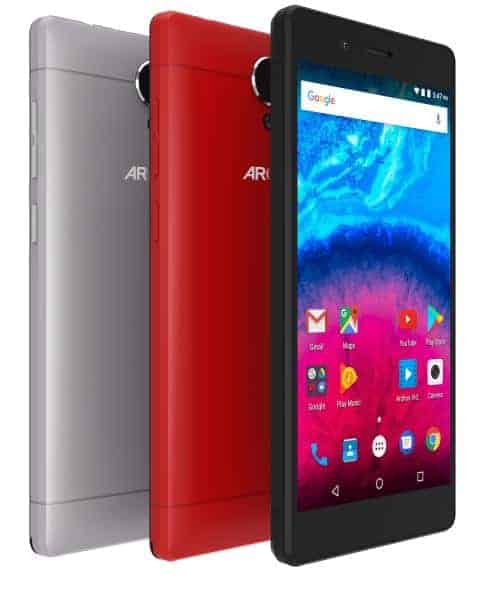 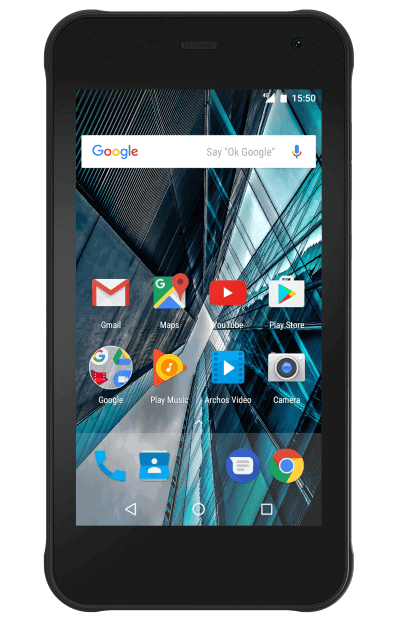 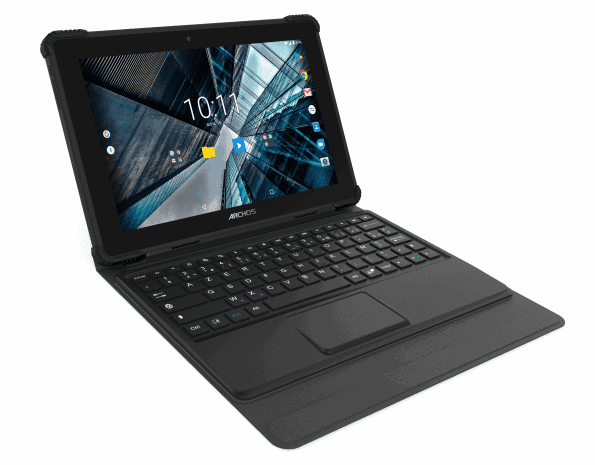