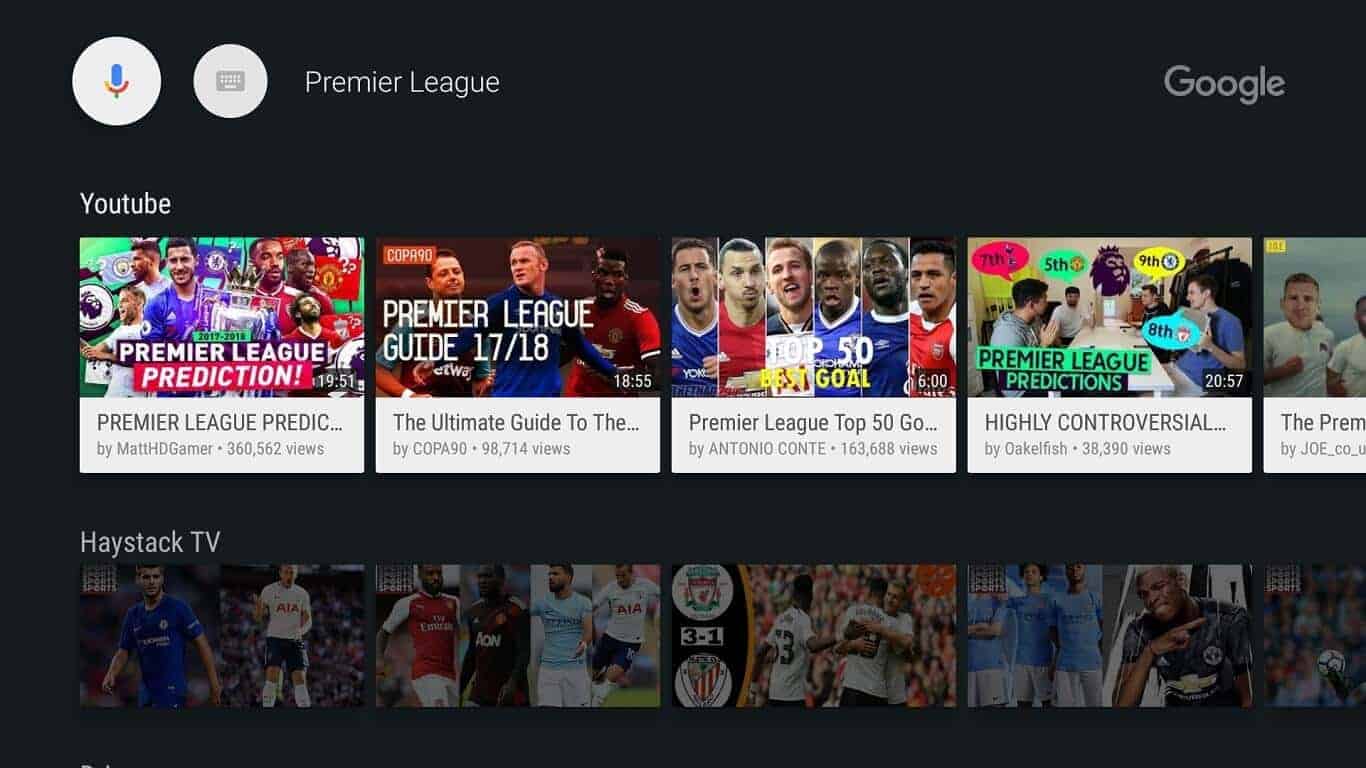 The English Premier League is back in action again starting from this weekend. For those in the US who are interested in football/soccer, then it is time to start making preparations for how you can access all the EPL action going forward. Unfortunately, when it comes to the EPL in the US, there are not a lot of options. NBC currently owns the rights to Premier League content in the US and most of which is available through its NBCSN service. When it comes to cord cutters, NBC has yet to offer (full) standalone access to NBCSN which does mean that you will have to go through another provider to gain access. Below are currently the best options to do that.

While later to the game, DIRECTV NOW has become one of the major players in the industry and does offer a wide selection of options to choose from. This might especially be a good option for those who are already with AT&T as the carrier does offer various incentives for those who ‘bundle’ services together. The downsides however, is that Cloud DVR is currently not available (is in the works and currently being beta tested) and there is no generic Android TV app – there is one available although it is more of a brand-exclusive app which can be found on devices like LeEco's TVs powered by Android TV. So you will have to either sideload the app, or cast content from a smartphone/tablet.

In terms of the pricing, the cheapest DIRECTV NOW option is the ‘Live a Little’ plan which provides access to 60+ channels (including NBCSN) for $35 per month. DIRECTV NOW does offer a one-week free trial for those looking to test out the service. 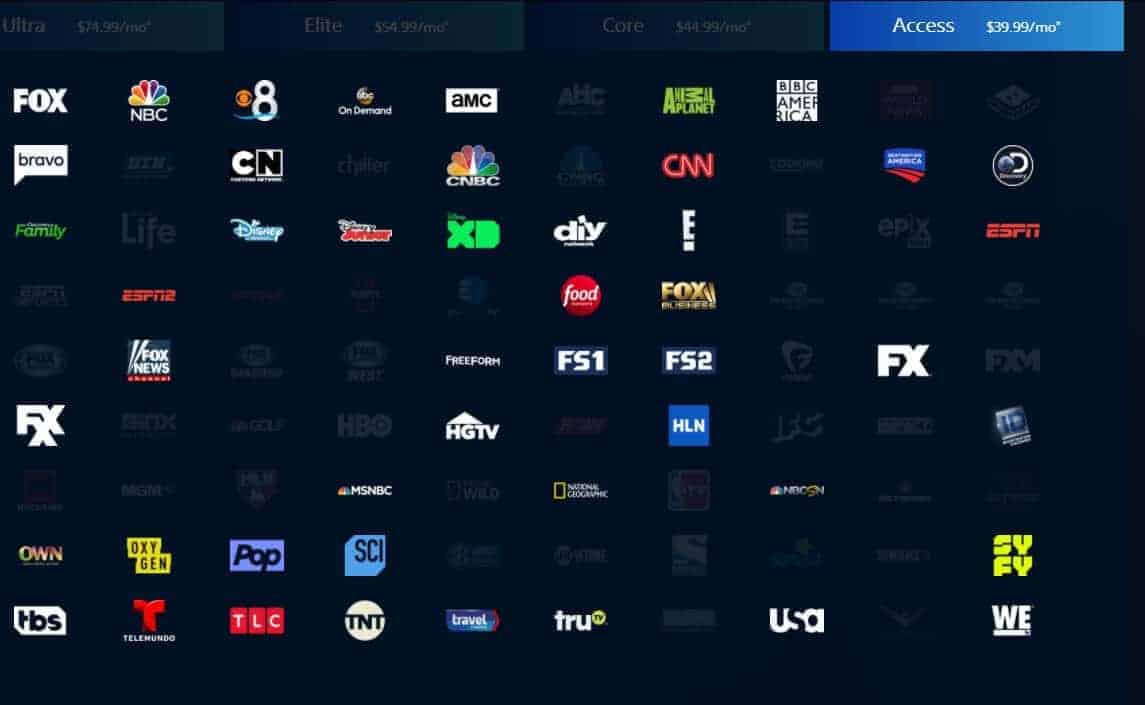 If you are already setup with PlayStation and would prefer to keep all your services in one place, then PlayStation Vue might be the option for you. This one provides access to a good variety of channels and does have different pricing tiers to suit different needs. The good news for Premier League fans is that all of the tiers come with access to NBCSN. The bad news is, this is no longer one of the most affordable options.

In terms of pricing, the cheapest option currently available through PlayStation Vue is the ‘Access’ plan. This plans comes in at $39.99 and does come with Cloud DVR support. In terms of the free trial, this is one of the shortest with PlayStation only offering five days free access before you have to start to pay.

For those who are all about the soccer action, then fuboTV is probably the best option to go for. Via this service, you do lose out on some of the non-soccer channels available through the other streaming services. Though in return, you do gain more soccer-related coverage and channels than any other service currently available. So in addition to NBCSN and the Premier League, you will also have access to Fox Sports, beinSports, and more. Which does mean that in addition to Premier League, you will also gain access to Cup games, Champions League, as well as MLS, and other leagues around the world.

In terms of the pricing, fuboTV is not the cheapest option as its Premier (main) tier comes in at $34.99 per month. Although that price does include Cloud DVR functionality so you will be able to record the games and watch when you want. For those new to fuboTV, a one-week free trial is available. 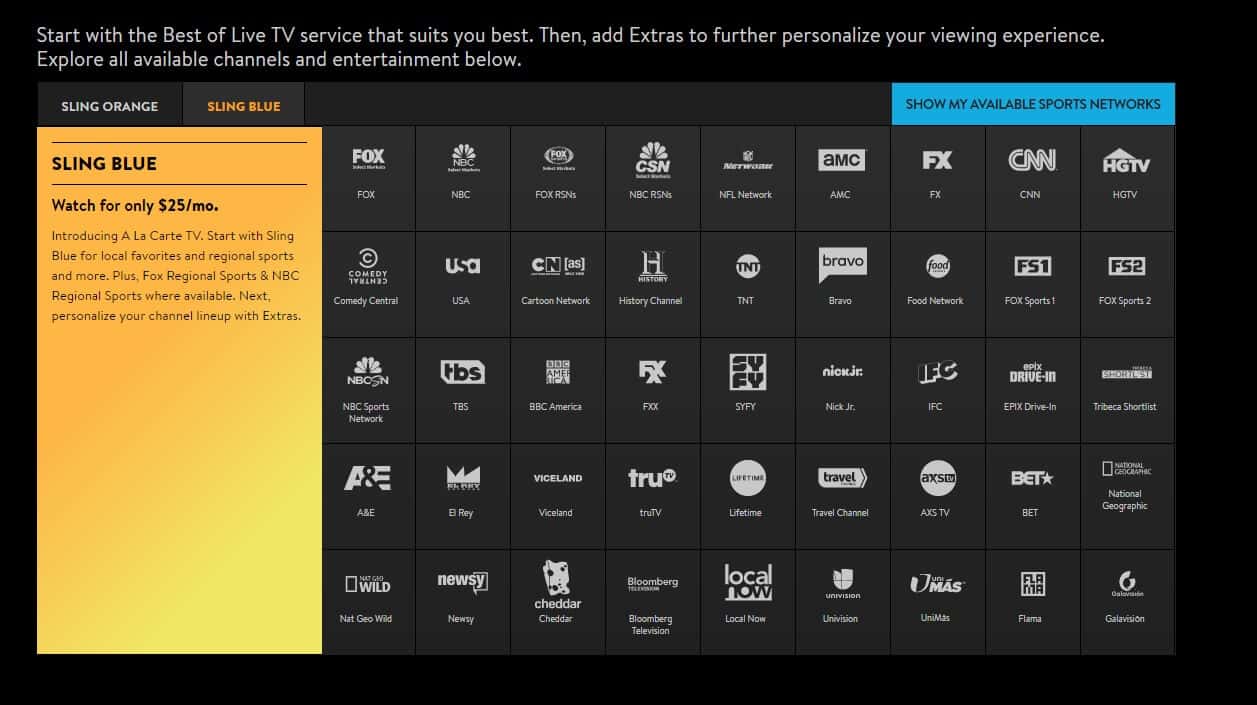 Sling TV is likely to need little introduction to those who have cut the cord, or considered cutting it. As this was one of the original services to emerge offering a real alternative to cable TV. And for those interested in the Premier League, Sling TV has you covered. In addition to offering customers a wealth of channels, spanning most TV categories you can think of.

Total Price (with Cloud DVR) $30 per month, $25 per month without Cloud DVR

Hulu TV is one of the newest OTT TV streaming service to come through, so it is one that is still considered to be in a beta state. Likewise, this one comes with a big disclaimer as the TV version of the app does not come with Android TV support. So you will either have to sideload the app and deal with its less-optimized interface, or cast from your smartphone/tablet. On a positive note, you do get Cloud DVR thrown in for free.

In terms of the price, this is one of the most expensive options with Hulu TV charging $39.99 per month for access. Although on another positive note, that price does include access to Hulu’s back catalog. It is worth noting that Hulu does offer an option where you can forgo access to the normal Hulu content and just tune in to the live TV. Although the price of that package is $38.99 which makes little sense. Once again, a one-week trial is available. 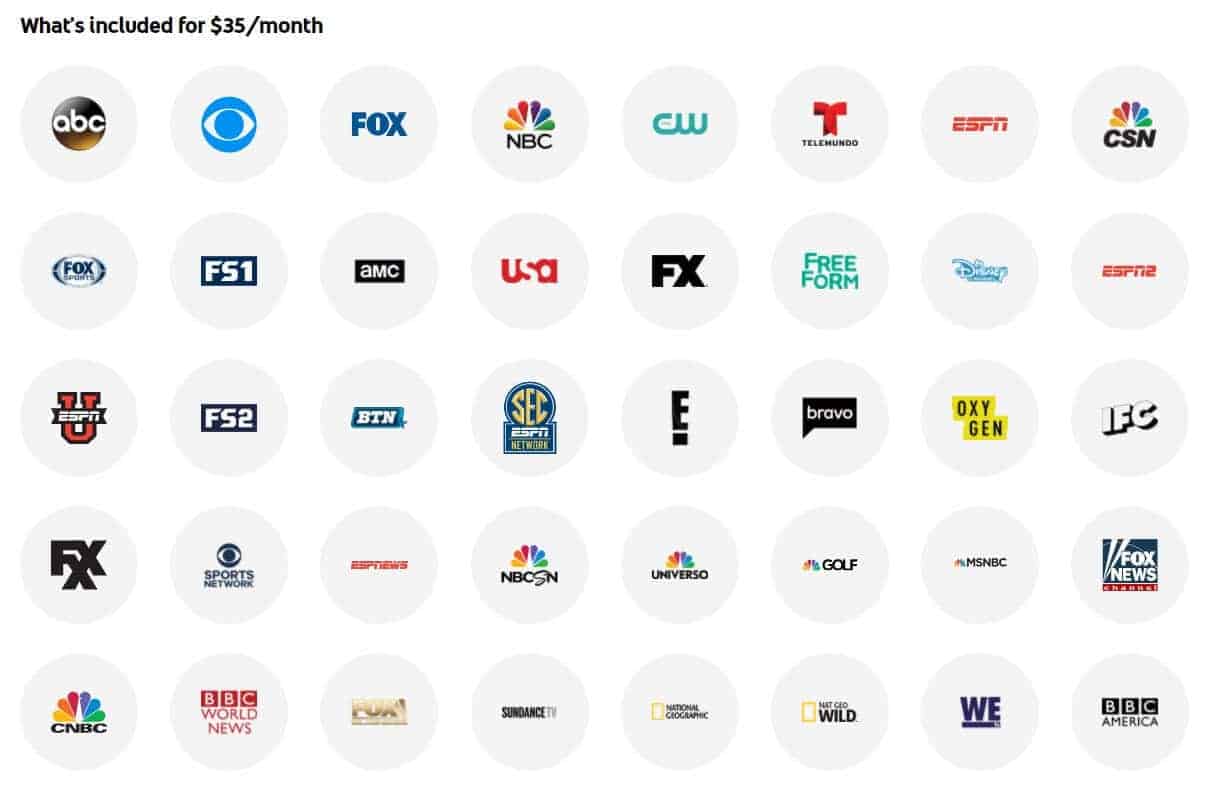 One of the most exciting new TV options at the moment is YouTube TV. However, this one does come with a very big caveat, as it is currently in a very limited beta. So your miles really will vary as to whether you can sign up to this service or not. If you can however, this might be one worth checking out as it offers a number of features including access to NBCSN, Fox Sports, ESPN, Cloud DVR, simultaneous recording, and more. Another notable downside is that the YouTube TV app does not currently support Android TV. Although again, you can either sideload the app or simply cast from an Android device.

In terms of pricing, YouTube TV costs $35 per month. Although for the amount of features you are getting and the tight integration with Google’s services and devices, this is one for Android users.

For those who want extremely light and affordable access to some EPL action this year, then for the first time NBC is offering a 'lite' subscription to Premier League through its ‘Premier League Pass.’ In contrast to the high monthly fees quoted by the other services, Premier League Pass only costs $49.99 per year. This is very light access however, with about a quarter of the games (three games per team) played during this season available through this option. If that is enough coverage for you, then $49.99 for the year is not a bad price at all. One point to note for those who sign up for any of the other services, the games shown through Premier League Pass are not also shown through the usual NBCSN service. So those looking for complete and full EPL coverage this year, will need to purchase this pass, in addition to signing up to the one of the above services.

Premier League Pass
Advertisement
Trusted By Millions
Independent, Expert Android News You Can Trust, Since 2010
Publishing More Android Than Anyone Else
0
Today
253
This Week
254
This Month
4999
This Year
106474
All Time
Advertisement