Google released the first stable build of Android 8.0 Oreo less than 24 hours ago, providing owners of Pixel and compatible Nexus devices with the ability to experience a wide variety of new features, including Task Snapshots. The newly uncovered functionality is automated in nature and works as a background service out of the box, allowing you to experience its benefits without having to take any particular action. The feature essentially aims to overhaul the way Google’s omnipresent operating system displays and manages overview thumbnails depicting recently used apps when you press the Recents system key. For Android 8.0 Oreo, the Alphabet-owned company took its most praised features from Saved Surfaces and Recent Thumbnails and combined them together into a cohesive experience.

Any app running in the background will appear in the Window Manager’s interface and remain there until it’s purged from RAM either automatically or manually. This particular method allows Android 8.0 Oreo to present you with an overview of apps running in the background while using fewer resources than its predecessor did, in addition to displaying app thumbnails that are of a higher quality. The latter point also means that the animation transitioning you from an overview thumbnail to the full app should look smoother due to the smaller differences in image quality between the two and the fact that the snapshot will always be representative of the actual state of the app so you won’t end on a different screen once you resume the software. Unlike many other major additions that Google introduced with Android 8.0 Oreo, Task Snapshots don’t have to be implemented by developers in order to work and should be fully compatible with all apps that are optimized for the new version of Google’s mobile operating system.

Devices enrolled in Google’s Developer Preview program already started receiving Android 8.0 Oreo on Monday afternoon and all other units eligible for the upgrade should receive a notification prompting them to download the over-the-air (OTA) package in the coming days. Alternatively, there’s always an option of manually flashing a system image onto a compatible device, though that alternative is primarily meant for developers who are eager to start testing their apps as soon as possible. 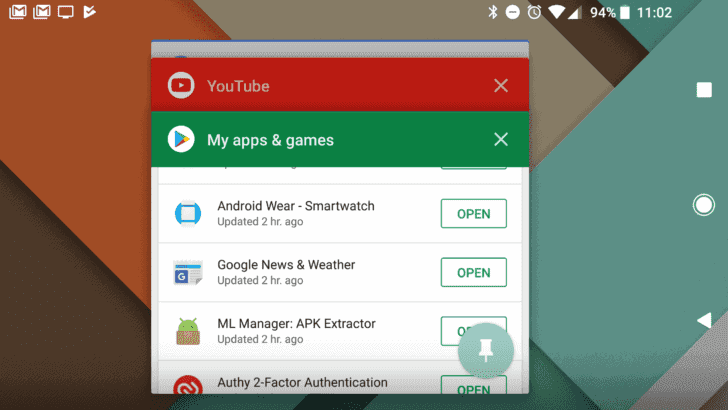