Google on Monday officially launched the first stable version of Android 8.0 Oreo and the latest iteration of the company’s ubiquitous mobile operating system also comes with a new build version name format which utilizes three parts and replaces the previous format that’s been in use for years. The first letter of the leading block denotes the first letter in the name of the associated Android version, meaning that all Android Oreo builds will start with “O.” The second letter in the first block is meant to signify the platform’s vertical and should be “P” in any build you install, which is the designation for Android’s main platform branch. That sub-branch of its parent is specified by the final two characters of the first block which should be a combination of a letter and a number; e.g. the first stable branch of Android 8.0 Oreo for the Google Pixel is labeled as the “R6.”

The second block is simply meant to denote the exact release date of the software you’re running and is presented in the year-month-day format, with each one of those having two figures available, so if you have installed a build which was synced on July 15, 2017, this block should state “170715.” Note that this date likely pertains to the day when the build was either synced with the primary development branch or branched. The final block contains three characters and is meant to designate sub-builds which utilize the same code which was synced or branched on the same date. The format is somewhat more informative than the old one and will presumably be utilized by Google for the foreseeable future.

Android 8.0 Oreo started rolling out to the Google Pixel, Pixel XL, Pixel C, and compatible Nexus smartphones earlier this week and should be available on all of those units in the coming days. Owners of third-party devices will likely have to wait for at least a few more weeks before the first stable builds of Android 8.0 Oreo modified by original equipment manufacturers (OEMs) start hitting their devices, whereas smartphones and tablets running this OS version out of the box should start being released this fall. 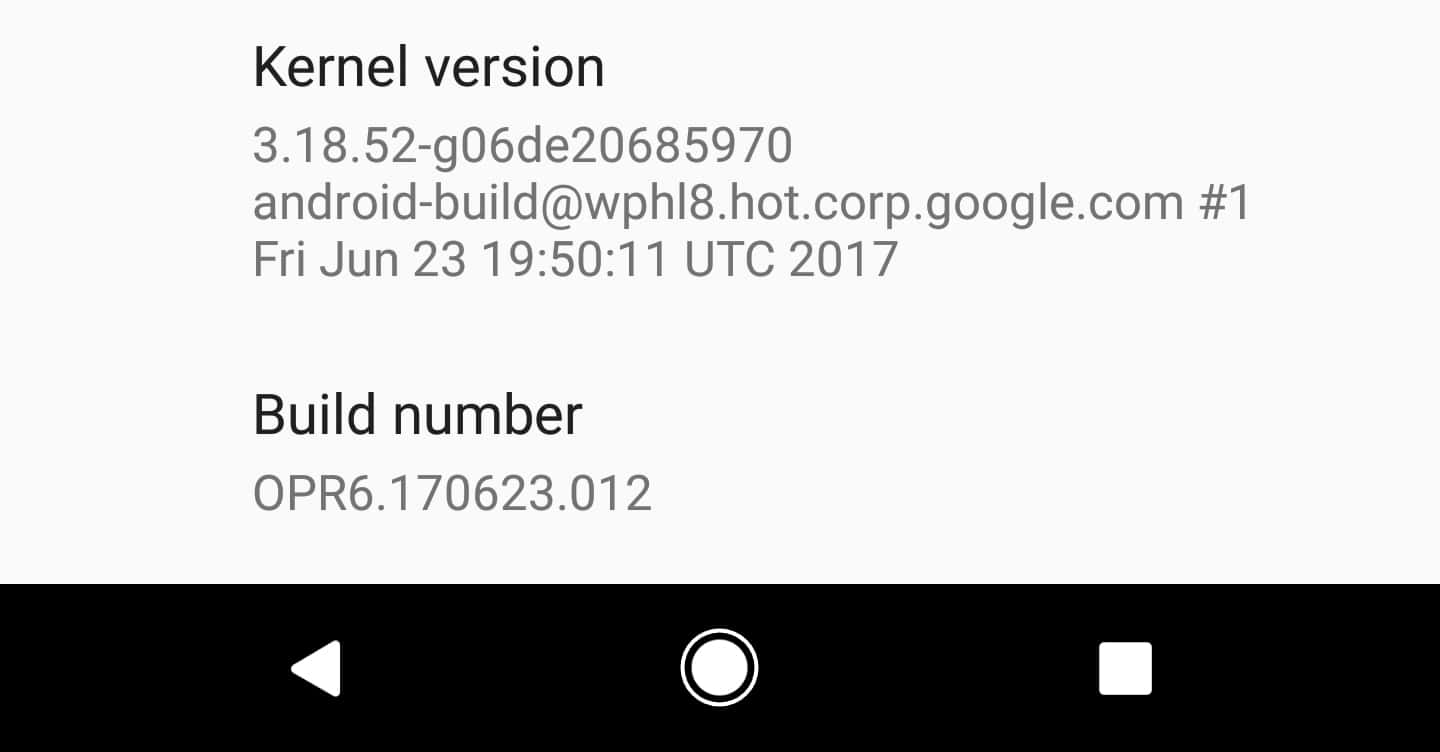