The Android 7.1.0 update for the Samsung Galaxy S8 and Galaxy S8 Plus is now under review, with the South Korean original equipment manufacturer (OEM) recently submitting the build to its wireless carrier partners, a Vodafone Australia official confirmed on Tuesday. The mobile service provider didn't disclose a specific time frame for the rollout of the latest software package for Samsung's flagship duo, though such updates are usually only tested by carriers for a few weeks at most.

The fact that the Australian division of Vodafone received the firmware for testing indicates that many others did as well and Samsung may issue an official announcement of the new software in the coming days. The Seoul-based phone maker launched the Galaxy S8 and Galaxy S8 Plus with Android 7.0 Nougat, and while some obscure hints that the two devices will receive Android 7.1 existed since mid-April, the company never confirmed that in any capacity, with some industry watchers speculating that the handsets will be updated to Android O directly from the 7.0 build in early 2018. That apparently won't be the case, though it remains to be seen how long does the consumer electronics manufacturer take to roll out the smaller update to unlocked variants of its devices that are expected to start receiving it before any carrier-locked versions do. Both Samsung and its partners will distribute the software package as an over-the-air (OTA) update that will gradually roll out to users. Once the rollout begins, owners of the Galaxy S8 and Galaxy S8 Plus will also be able to search for the update manually through the Settings app on their smartphones.

Vodafone Australia's recent listing only mentions bug fixes and stability improvements in the context of the Android 7.1 update for the Galaxy S8 series, though the handsets should also receive a number of new features that Google packaged into this particular build of its operating system, including the Daydream VR and Night Light modes, as well as changes to the way their devices handle software updates. It's currently unclear whether the Galaxy S7 and Galaxy S7 Edge will also receive Android 7.1.0 Nougat from Samsung, though both phones are at least scheduled to get Android O next year. 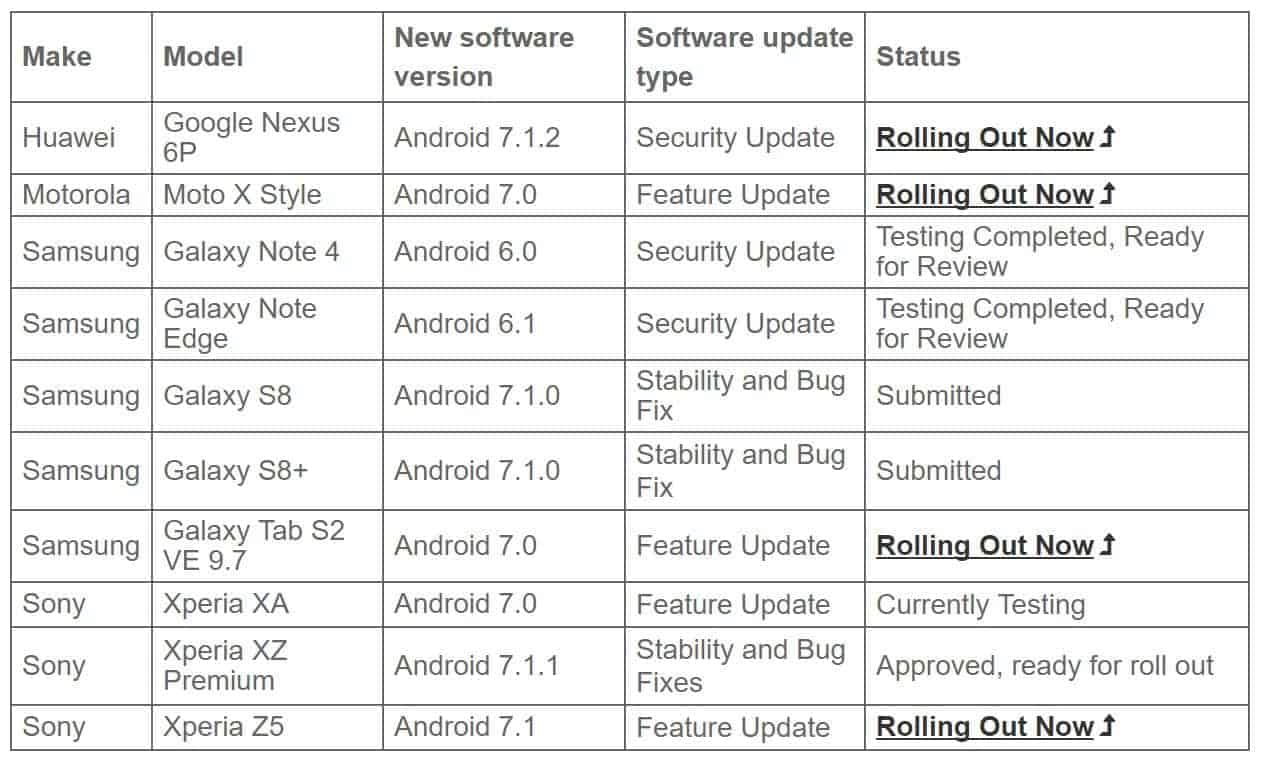