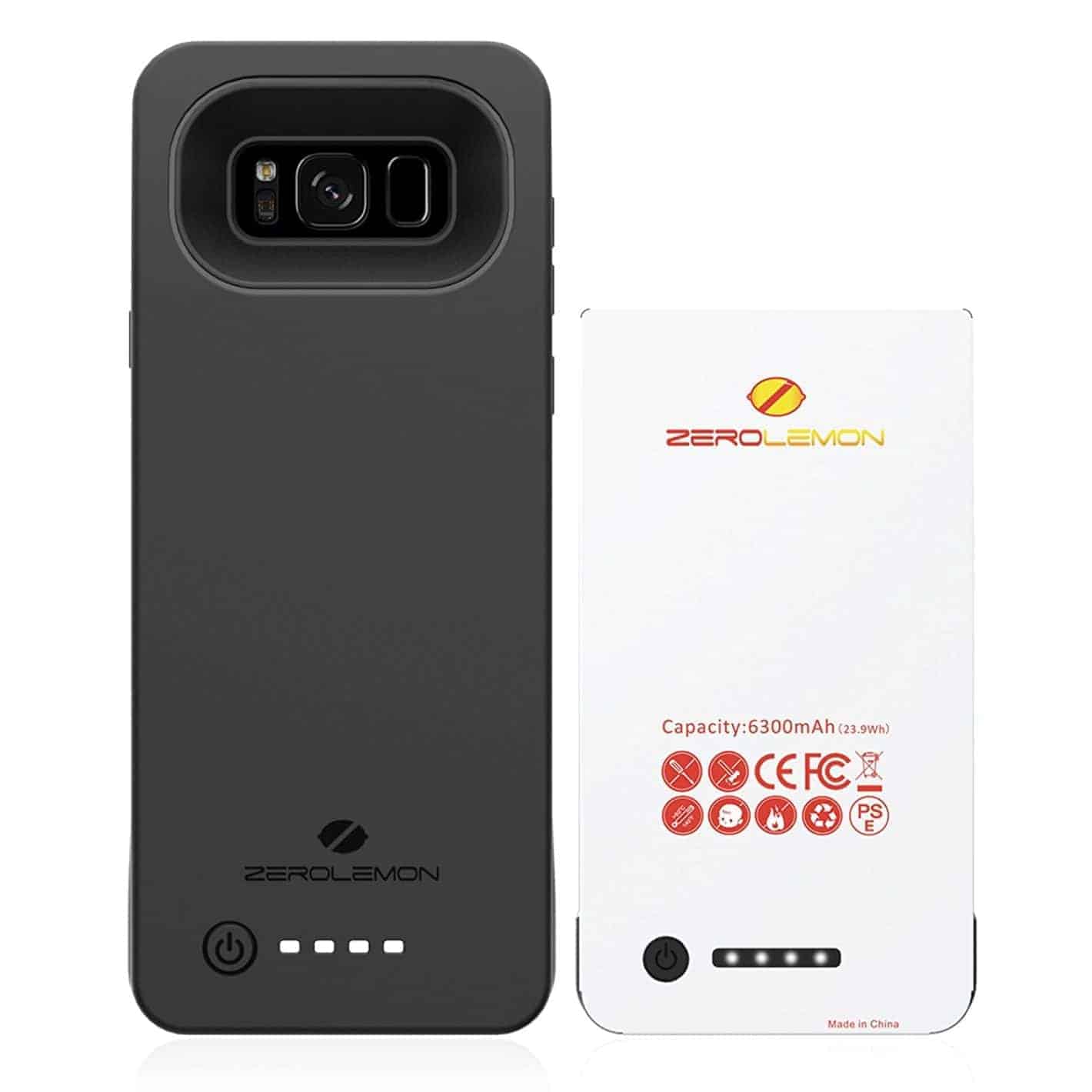 ZeroLemon has just launched its highly anticipated battery cases for the LG G6, Samsung Galaxy S8 and the Galaxy S8 Plus. These cases are 8000mAh, 8500mAh and 6300mAh respectively. You might have noticed there that the Galaxy S8 Plus' battery case is much smaller, capacity-wise, than the other two on this list. It's a bit of an interesting move by ZeroLemon, especially since the Galaxy S8 Plus is the larger of the three cases, but the company likely has its own reasons for doing this.

These battery cases from ZeroLemon aren't the best looking cases around. These are TPU cases with a large battery inside the connects to your smartphone to charge it – especially since most smartphones don't have removable batteries these days. The company focuses more on giving users more capacity than giving them a great looking case. And for those wanting a battery this large, that's likely what they are looking for. The case does make the LG G6, Galaxy S8 and Galaxy S8 Plus feel much more like a brick than it did before, and it adds a ton of weight to it as well. It does protect the entire device, but you'll notice that it has a bit of a chamfer near the camera and fingerprint sensors on all three devices. This is so that you can actually use the camera and the fingerprint sensors. This is particularly important on the LG G6, where it has that wide-angle sensor. Luckily, the ZeroLemon Battery Case does not get in the way of that wide-angle camera.

ZeroLemon isn't the only one making battery cases for the Galaxy S8, but it is by far the highest capacity one. Many of the others are around 5000mAh or smaller, and this one sits at 8500mAh. These are $59.99 each with the Galaxy S8 Plus' model being around $39.99, likely due to the much smaller battery capacity. These are going to make great battery cases for those that do a lot of traveling, or are pretty tough on their smartphones. It's definitely not something you'll want to use on your smartphone everyday, since it is so thick and heavy.