Virtual reality is likely not the easiest platform to develop for but that doesn’t necessarily mean that it can’t be simpler. Earlier this week (yesterday in fact) Google unleashed Blocks, a free, 3D modeling app for the HTC Vive and Oculus Rift headsets that lets anyone from experts to beginners easily create 3D models for VR content. These can be models just for showcasing a portfolio or models created for a game or app that’s in development, but whatever the case may be the idea is that Google wants more people to create for VR platforms and it wants them to do so without having any additional levels of challenge.

Part of this level of simplicity focuses on limiting things to a collection of just six tools, and it’s this short list of tools that acts as the cornerstone of how easy it can be to create stunning 3D models for virtual reality content. This includes the Paint tool, the Shape tool, the Stroke tool, the Modify tool, the Grab tool, and the Erase tool. Using these tools and the compatible headset and controllers, anyone that’s interested can create just about anything they want, and Google makes a point to highlight that 3D models can be simple or complex, depending on what it is you’re inspired to create. The only limit here is your imagination.

The video above showcases some of the possibilities of what creative people will be able to do with Blocks, and once things are finished Google even provides a handy gallery at the official Blocks webpage where users can upload their 3D model creations for others to check out as well as share, download, and re-create in Blocks themselves if they want “remix” or modify the model with a little of their own style. You can even use the gallery to grab models and create GIF images from people’s creations. 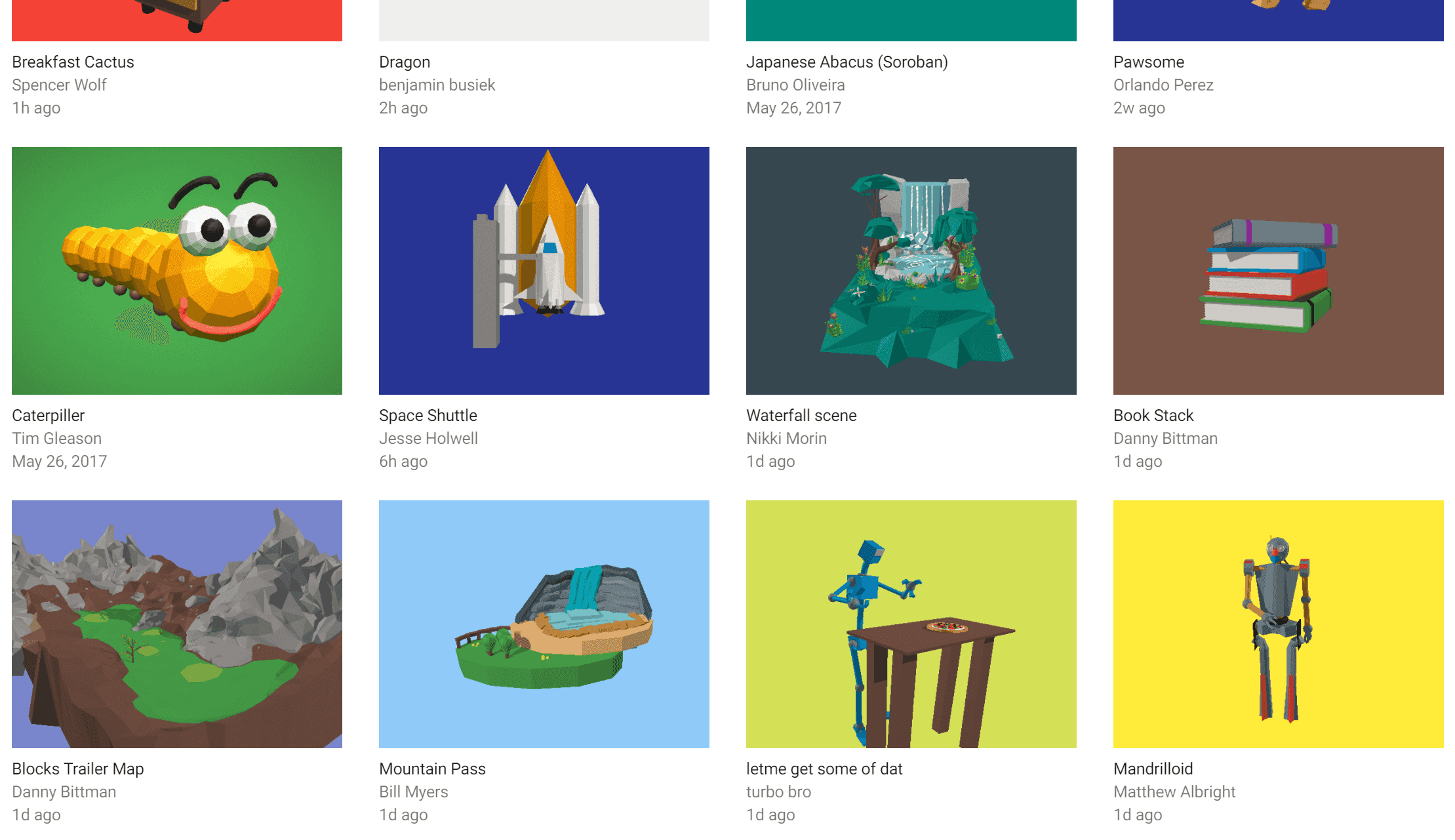 Beyond giving users a small set of simple tools to use, the idea behind Blocks – which is creating 3D models for use in virtual reality while actually in a virtual reality environment – is likely what’s going to make this one of the most powerful tools for VR content creators. Before Blocks, creating 3D VR models was really only possible in a 2D environment, meaning all content was created on the computer just as you would create any other digital content for games and apps, and while there are still tons of creators and development studios that will be using these 2D environments to design and create things in the future, Blocks allows for the user to immerse themselves in the virtual world that they’re trying to create for. Granted, the 3D models you create with Blocks actually have a blocky style to them, so it won’t be the perfect tool for everyone depending on how they want the visuals to look, but at the very least it could help to push others to make tools like this one that let you create VR content in a VR setting, and that can only help the platform. 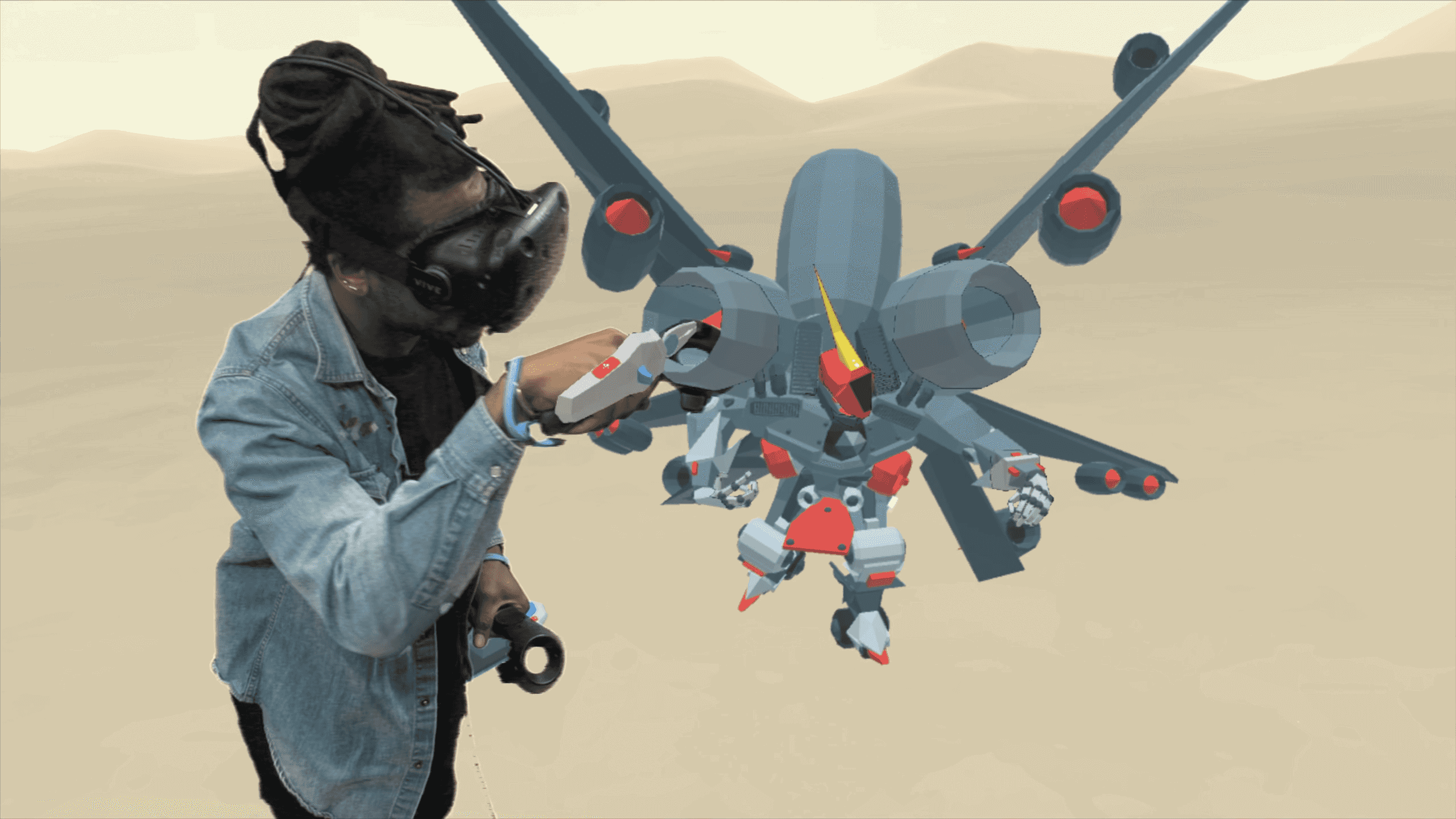 Because Blocks allows for creating stuff in a virtual setting, you can actually walk around your creations and view things from every angle, up close, and with what is likely to be unparalleled precision. Sure, it’s possible to spin your 3D models around in any other computer-based creation tool, zooming in and out to get closer to objects, but that’s a far cry from being able to walk around the objects being created as if you were actually creating them in the real world, and it’s precisely this factor that should help to foster more people to create for VR. Whether or not Blocks sparks any interest in other companies to make similar tools is unclear, but it would certainly be great for VR if future programs used for creating virtual reality content allowed for the work to be done while immersed in the virtual world.