The unlocked LG G6 with the model number US997 is now getting a new software update in the United States, bringing some seemingly minor tweaks and improvements aimed at enhancing the overall performance of the handset. LG has yet to provide a detailed changelog for the update, but the package weighs just over 640MB and is meant to address “phone usability and functionality,” indicating that it most likely brings some general performance improvements and the usual mix of bug fixes, without making any major changes or adding new features.

The LG G6 is considered to be one of the most feature-packed Android smartphones currently available on the market and the new update should further improve its usability. As per the usual case, it’s recommended to connect the device to a Wi-Fi network and ensure it has plenty of battery life left so that the update process goes smoothly and without interruptions. The new LG G6 firmware also includes another Android security patch, but it’s the June one and not the latest July update that Google released last week. Nevertheless, no critical exploits of the June patch are currently public knowledge so the handset should remain relatively safe from malicious software and attacks. Google issues monthly Android security patches to ensure that devices running on its platform are up to date and protected against the latest exploits, but devices are not necessarily highly vulnerable if they don’t run the very latest patch immediately after it’s released.

The LG G6 update is rolling out over the air (OTA) and the rollout is gradual in nature, so not all device owners may receive it at the same time. When the update becomes available for download and installation, users should receive a notification prompt on their flagship. Alternately, anyone can always manually check whether the update is available by accessing the handset’s Settings app, navigating to the “About phone” section and selecting the “Software update” option on the following screen. The South Korean consumer electronics manufacturer is expected to keep the LG G6 up to date for the foreseeable future, with the device only being launched this spring and still being the company’s most powerful offering. 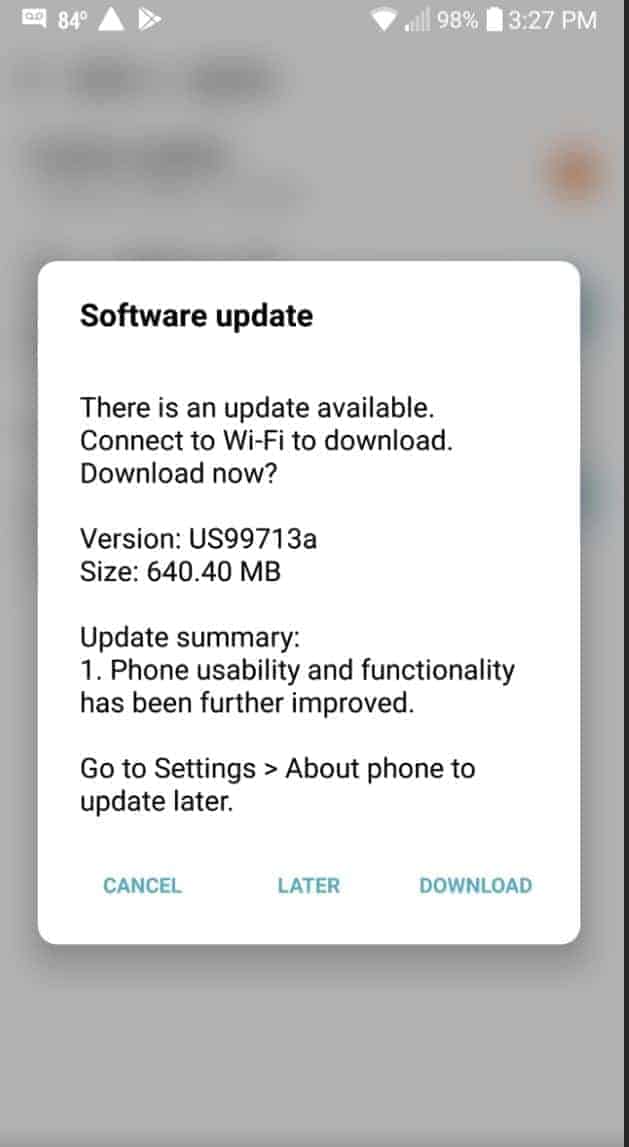