A detailed spec sheet of the Nokia 9 recently surfaced on GFXBench, consistent with the earlier leaks about the device that may be marketed as the Nokia 8. The report, which mentioned three variants of the upcoming Nokia flagship — TA-1004, TA-1012, and TA-1052 —made no mention of the specifications of any individual variant even though various older rumors have claimed that the TA-1012 model is the dual-SIM variant of the phone. Although the device bears the Nokia brand, it will be developed by HMD Global that's now licensed to sell products under Nokia's moniker.

The Nokia 9 will include Qualcomm's Snapdragon 835 chipset, built on a 10nm manufacturing process, coupled with the Adreno 540 GPU and 4GB of RAM running Android 7.1.1 Nougat out of the box. The information also lists the device to carry a 5.3-inch Quad HD (2560 x 1440) display, which again, is consistent with previous reports. While no support for external storage is mentioned, the Nokia 9 is likely to include 64GB of internal storage, which has become a memory standard these days. The report also suggests that the Nokia 9 will more likely than not miss out on a heart rate sensor. Furthermore, the Nokia 9 is said to include a 12-megapixel front sensor and another back shooter with the same resolution, both of which will support Ultra HD 4K recording capabilities, the listing indicates. The rear camera will also include autofocus, face detection, and HDR capabilities, in addition to being accompanied by a dual-LED flash, according to the same source.

Although there have been reports claiming that the Nokia 8/9 will sport 6GB to 8GB of RAM and up to 128GB of storage space, GFXBench fails to mentions any of these individual models. With the 64GB variant of the device rumored to sell for more than $500, it's still unclear how much the 128GB model, if available, will go for. HMD's decision to launch Nokia devices with a vanilla take on Android and providing fast and timely updates may be the primary reason for its increasing market share in the Chinese region, with tech enthusiasts and nostalgics alike buying its devices as soon as they're made available. Although HMD has been relatively slow to release its products worldwide immediately after their official announcements, the company is slowly but surely ramping up its manufacturing capacities to meet the ever-growing demand for the new devices. 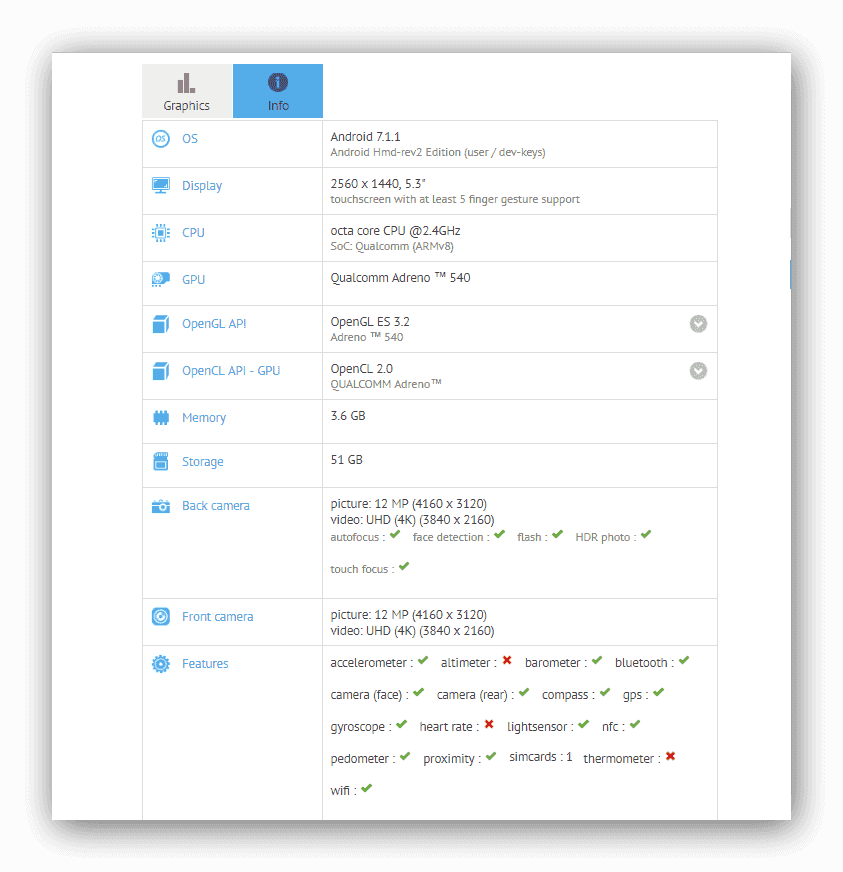