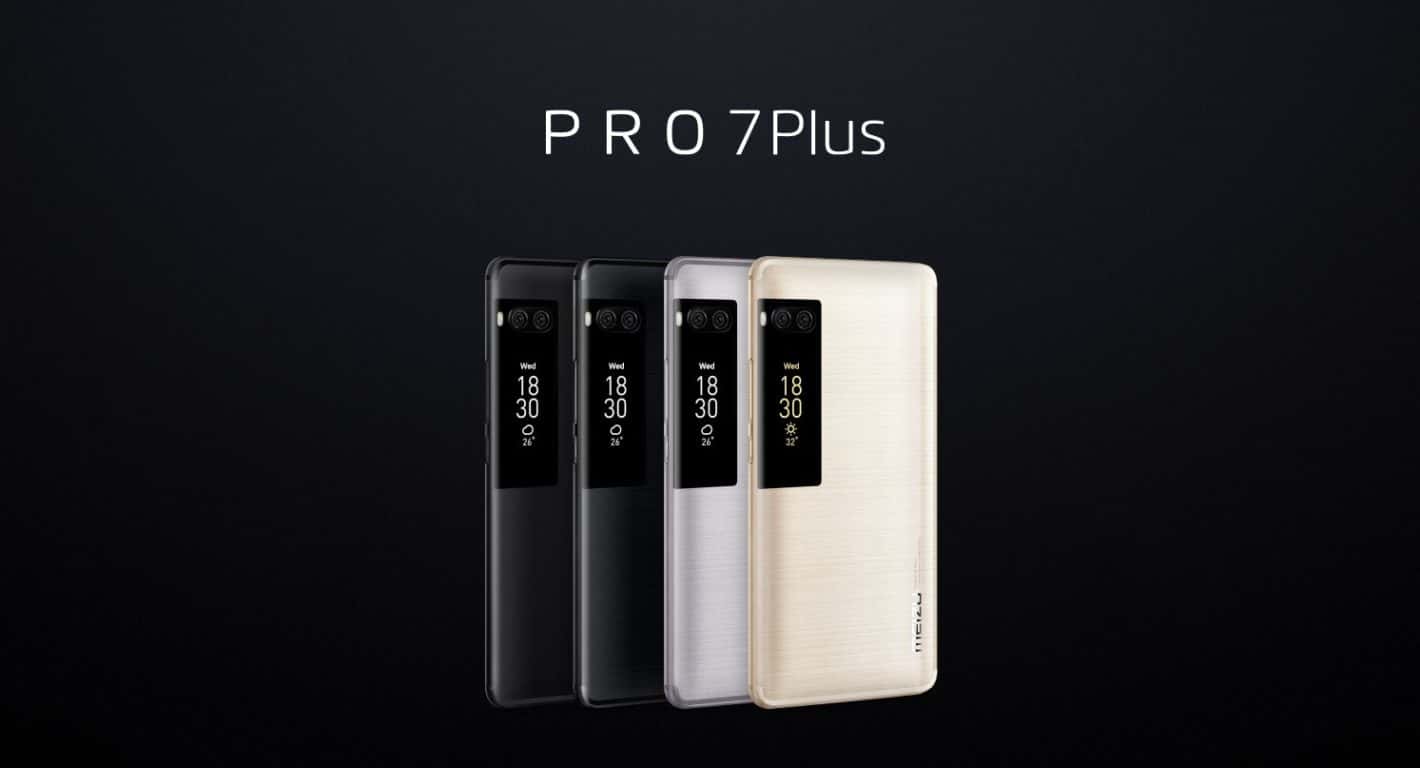 Meizu had introduced two new Meizu PRO 7 handsets earlier today, the regular Meizu PRO 7 and Meizu PRO 7 Plus. The Meizu PRO 7 Plus is the larger of the two phones, and also more powerful, even though the two phones share most of their internals, not to mention that they look basically identical. Having said that, the Meizu PRO 7 Plus, much like the smaller PRO 7, sports a secondary display on the back, and we’re here to talk more about its specifications, following the duo's announcement and the breakdown of the PRO 7's specs.

The Meizu PRO 7 Plus is made out of metal, and it comes with a multifunctional physical home button. This button is called the 'mBack' button by the company, and the phone also features a Type-C USB port on its bottom. The Meizu PRO 7 Plus features a 5.7-inch QHD (2560 x 1440) Super AMOLED display, along with 6GB of LPDDR4X RAM and either 64GB or 128GB of UFS 2.1 expandable internal storage. This smartphone is fueled by the Helio X30 64-bit deca-core processor, along with PowerVR 7XT GPU, and it offers two SIM card slots as well (2 x nano SIM), one of which you can use in order to expand its internal storage. A 3,500mAh battery is included in this package as well, and you’re also getting Meizu’s fast charging here, called ‘mCharge 4.0’. 4G LTE connectivity is also a part of the Meizu PRO 7 Plus package, though Meizu still did not reveal what bands the phone supports. Android 7.0 Nougat comes pre-installed on the Meizu PRO 7 Plus, and on top of it you're getting Meizu's Flyme OS.

The Meizu PRO 7 Plus features two cameras on its back, two 12-megapixel sensors (2x Sony IMX386, f/2.0 aperture), while a dual-LED, dual-tone flash is also included here. A 16-megapixel shooter is placed on the front side of the device, and you’ll probably end up using this camera for video calls only, as the secondary display on the back of this phone offers some rather interesting features which will make you want to use its main cameras to take selfies. Speaking of which, the diagonal of the secondary display is probably 1.9 inches (though Meizu did not reveal its exact size), and this is an AMOLED panel. That is also a touch-sensitive panel, and you’ll be able to customize it, as it can show you your notifications, music player, clone the main panel, and serve a wide variety of other functions. Meizu has included the Cirrus Logic CS43130 Hi-Fi chip in this phone, which comes with a non-oversampling emulation mode. The Meizu PRO 7 Plus comes in Matte Black, Space Black, Amber Gold and Crystal Silver color variants, though it's worth noting that the 128GB storage model is available in only Matte Black and Space Black color variants.