A new unannounced Sony phone with the model number G8141 has shown up on Geekbench with the Snapdragon 835 processor in tow, which would seem to solidify this as an upcoming high-end device from Sony and could be one of the devices it plans to show off at IFA in the Fall, where it typically shows off a second round of mobile devices and other products for the year. While the Geekbench listing does not actually label the processor as the Snapdragon 835, but under the motherboard category it's listed as the MSM8998, which is the model number for the Qualcomm Snapdragon 835 mobile processing platform.

In addition to the CPU, which is listed as an 8-core chip clocked at 1.90 GHz, the Geekbench results also show that the device comes with 4GB of RAM and that it runs on Android 7.1.1 Nougat for the software version of the operating system. The Android version shouldn't be a surprise at this point though with it being this far into the year and with Android 8.0 due to hit devices officially in the next couple of months.

There isn't much other information about the phone in terms of hardware in these results, but they do display that the phone comes out with a single-score score of 1909 and a multi-core score of 6449. Though there is no way of confirming which device this is exactly, previous rumors have suggested that Sony is going to be showing off three devices at IFA, and the this particular device could be one of those phones. It would also likely come alongside the G8441 which has leaked a couple of times earlier this month. Once on July 5th, found in the UAProf, and once on July 6th on AnTuTu, another benchmarking site. The AnTuTu leak could be particularly interesting as it details some of the hardware information for the phone, and according to the benchmark results the G8441 also comes with a Snapdragon 835 processor, but instead of Android 7.1.1 Nougat it's said to come with Android 8.0, as well as two 8-megapixel camera sensors(likely one for the back and one for the front), 4GB of RAM, and 32GB of internal storage. A quick look on Geekbench for the same model number turns up no results, so there's no way to match up the details on AnTuTu, but it seems like both of these phones could be part of the same lineup. 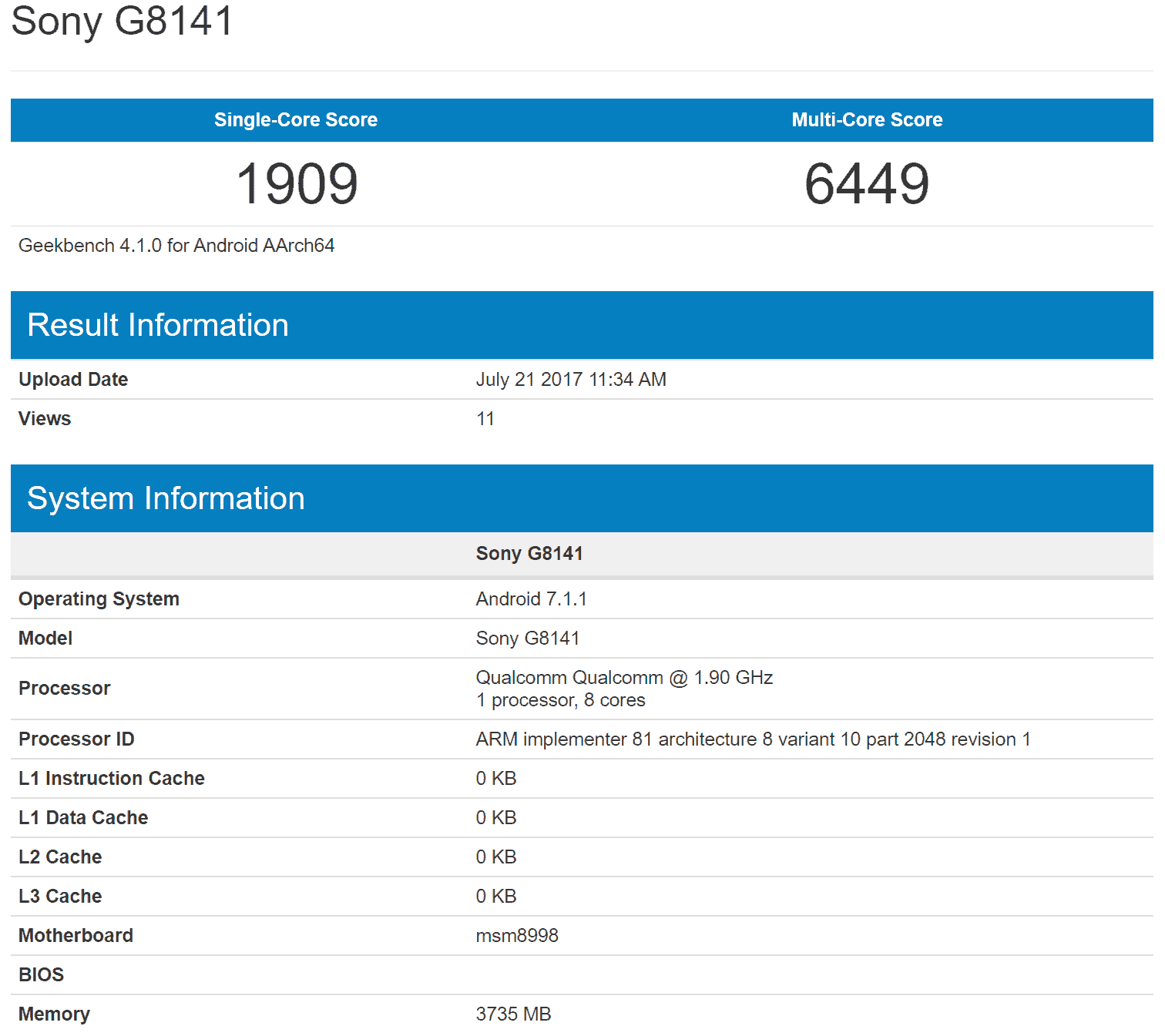