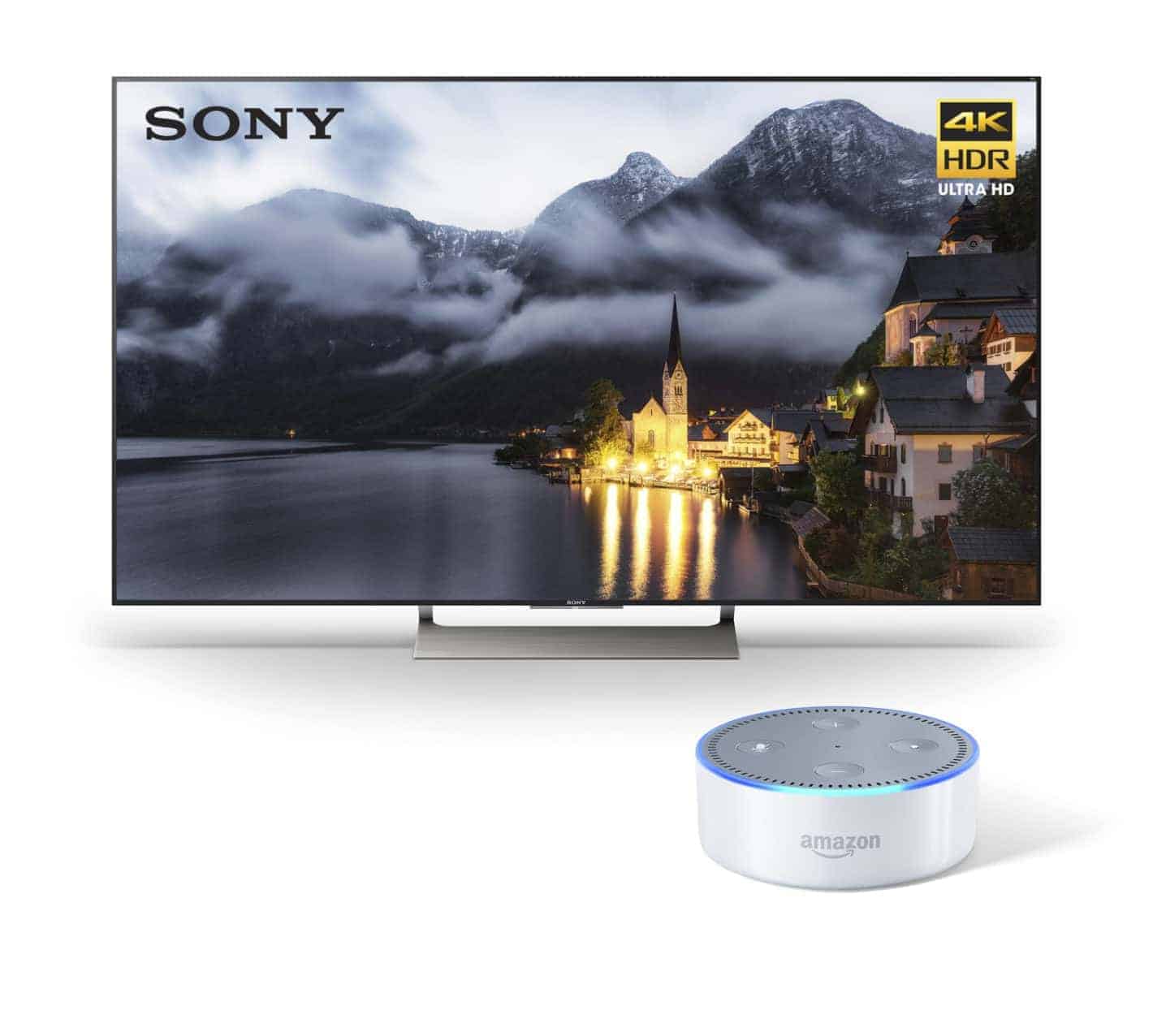 Sony has added Amazon Echo support to its 2017 lineup of 4K HDR TVs that have Android TV built-in, the company announced in a press release today. This expands the features of these already very capable television sets, and the compatibility with Amazon's Echo platform should extend to any 4K HDR TV with Android TV that Sony has launched so far this year. What's more is that this isn't just a compatibility with the Amazon Echo, but also the Echo Dot and the Echo Show, making it possible for users to interact with their TVs by voice through Alexa with the entire Echo lineup.

Th newly added support was integrated by way of a firmware update to the TVs and actually brings in a fairly good-sized amount of voice-activated functions. By simply asking Alexa to turn on the living room TV for example, users can power on their TVs without having to pick up the remote, but it doesn't stop there. It's also possible to use any of the three supported Echo devices to initiate a handful of other TV-related functions that you would normally use the remote for. This includes changing the channels, adjusting the volume up or down, switching between TV inputs which is especially useful if you have multiple devices hooked up to your TV, and controlling content playback so users can pause, play, fast forward, or stop playback of a movie or TV show.

On top of all these features which Sony has likely started rolling out to the supported TVs through a firmware update as of today, Sony reportedly plans to add more functionality to the Alexa voice interactions in the future, albeit without mentioning what those future functions would be exactly. If you haven't received the update to your compatible TV yet, it's also possible that the update may still take some time to reach all owners as Sony doesn't actually mention an exact date for the firmware update, just that it's available this month. If you have one of these new TVs but you don't have an Amazon Echo yet, perhaps this is a good reason to consider picking one up for the home.