Snapchat has long been a place to share no more than 10 seconds at a time of your life with anybody you pleased, but an update that dropped yesterday, which adds in a paintbrush tool that can change the colors of objects in a Snap, also partially circumvents that by letting you capture up to 60 seconds of video for a Snap, then breaking that into 6 separate videos. The big feature of the update essentially being able to finally do away with the 10 second Snap limit, was not even announced in the Play Store listing; neither the app description or the What’s New section makes any mention of the new feature, opting instead to focus on the new Tint Brush tool.

The Tint Brush tool works in a fairly similar manner to AI-driven tools of the same nature. You simply select an area of a given Snap, whether it’s a photo or video, and the system will automatically pick out the predominant color and allow you to change it. This feature follows colored objects in videos, allowing you to record a video of smashing open a watermelon, for example, and turn its normally red inner fruit to blue as it flies everywhere. Naturally, when recording multiple Snaps in a row by holding down the record button more than ten seconds, the feature can be used across Snaps.

On top of being able to record multiple ten second Snaps and edit them collectively, you can selectively delete certain 10-second segments, turning Snapchat into an easy, if a bit simplistic, video editing program. This makes things like time-lapse videos and Vine-esque cutaway videos extremely easy to make and share. Naturally, all of Snapchat’s usual filters and editing tools work with these multi-Snap compilations, so if you want to make a video of a friend having a tough time at parkour while wearing a dog’s snout and color the building that they lose their footing on red to highlight it, you can do that with absolute ease. If you’d like to, say, cut out the initial run-up and the aftermath of the crash and only end up sharing 35 seconds of cool parkour followed by the boom and the fall that immediately follows it, that’s just as easy. Thanks to a previous update, you can even make the crash-up a bit funnier by giving your friend a high voice. 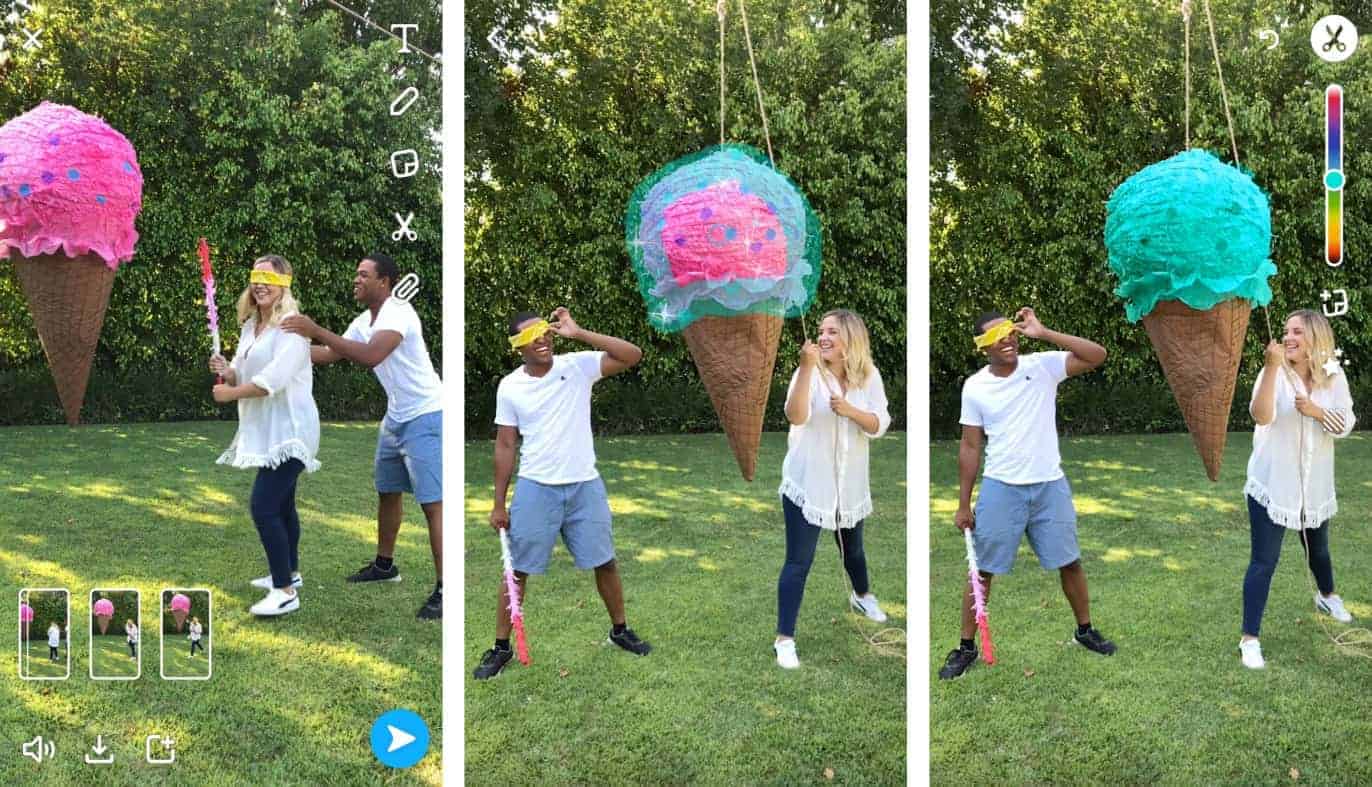